Bestselling author and award-winning musician James McBride had very encouraging words for the students at Benson High School on Thursday afternoon before his talk at Portland Arts & Lectures.

“In publishing, we need young people like you to tell diverse stories,” he told them. “There is always going to be somebody who is stronger, smarter, taller, or whatever, than you. But only YOU can be you. And you can always out-work them.”

Students asked a broad range of questions, from the book that influenced him most (To Kill a Mockingbird by Harper Lee) to his favorite music. He encouraged them to ask their parents for their stories, because “as a writer, when somebody hands you a story, they’re handing you money.” McBride told a story that had been handed down in his family for generations, as well as stories about his experiences being around for the beginning of hip-hop in the Bronx. “It started out as being all about community,” he said. “I knew a guy, maybe you’ve heard of him, Biggie Smalls” (the students laughed) “and his best work was when he was writing about his dreams, about his hopes for his family and his mom.”

“All my work is based on the idea that we have more in common than different,” he continued. “I started writing because I wanted to change the world–to affect how people think.”

He ended by telling students to “forgive yourself for failure. Forget about it. Most of what I write fails, but I forget about it and keep writing.” He held up his wallet. “You know how your teachers get paid? They really get paid when you fail at something, and then tell them that you are trying again. So go pay them.” 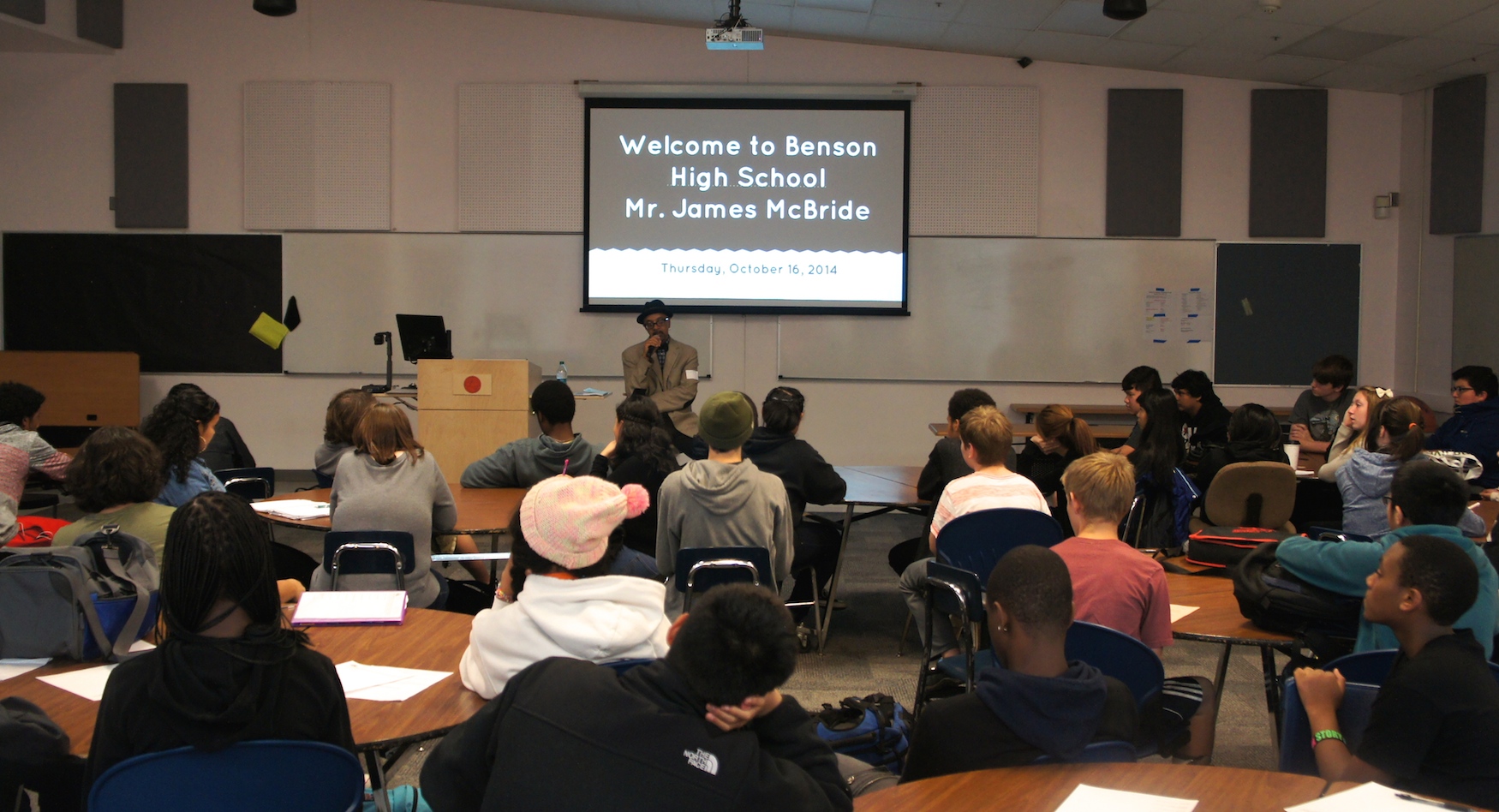 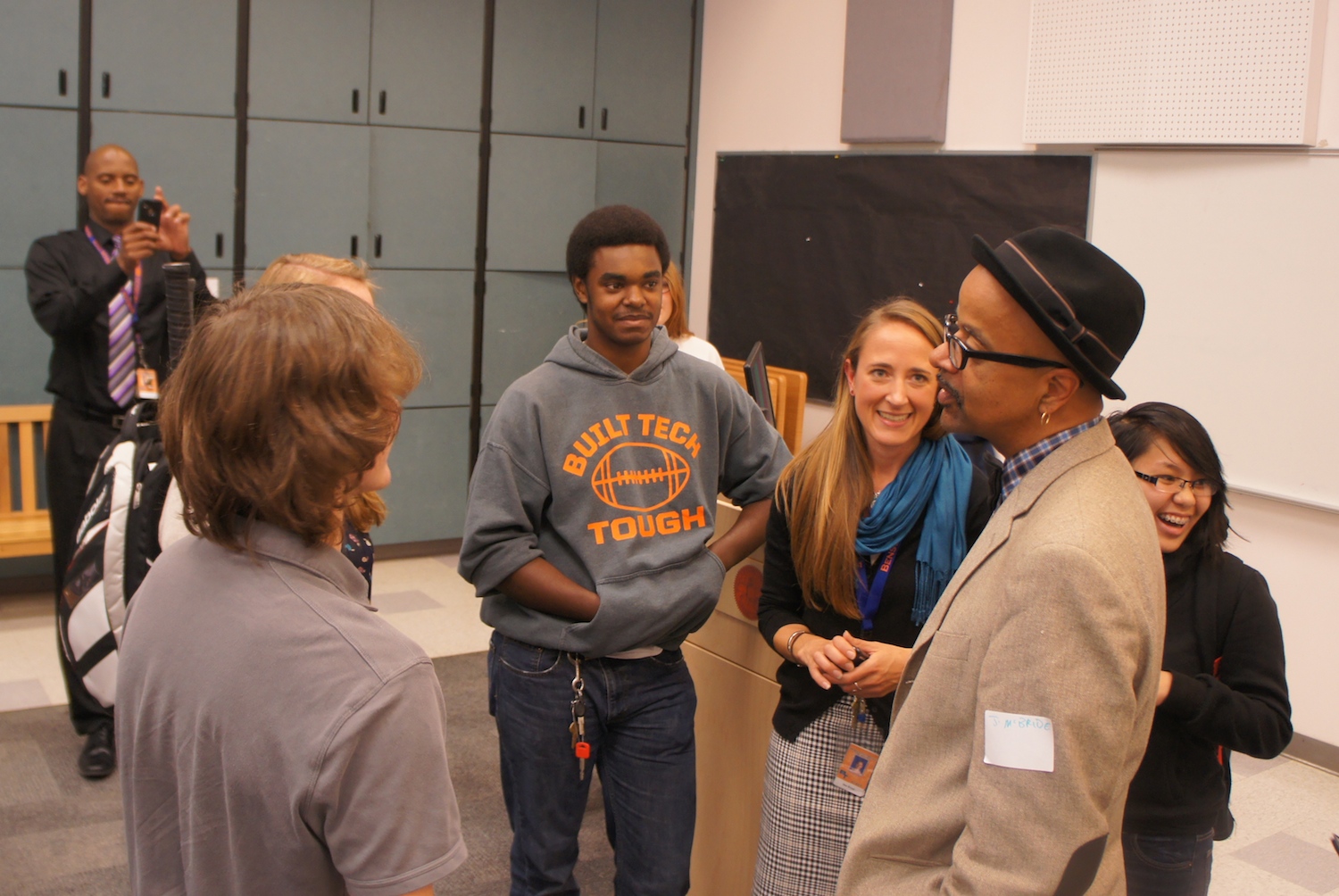 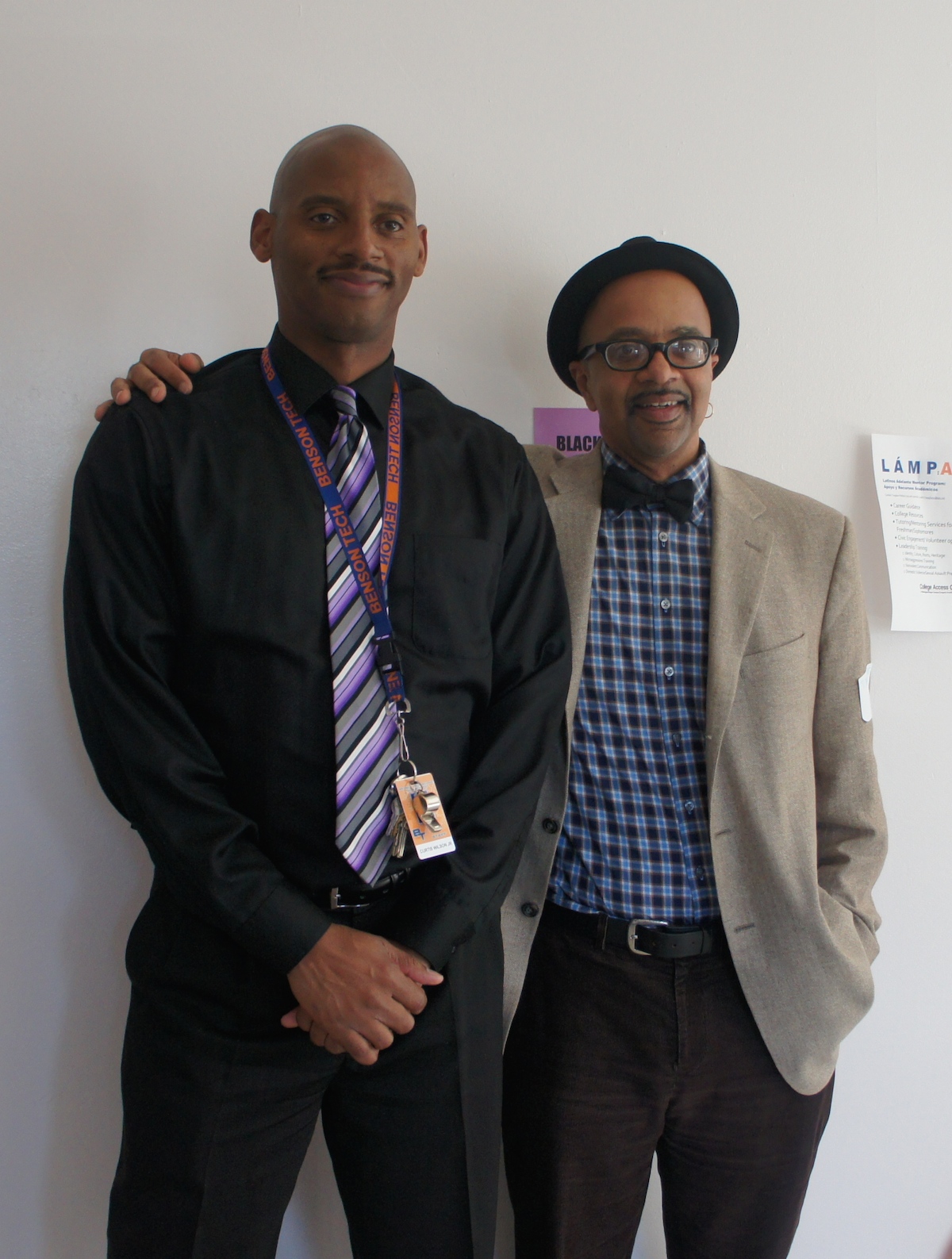