Lesléa Newman is the author of sixty-five books including the teen novel-in-verse October Mourning: A Song for Matthew Shephard, the middle-grade novel Hachiko Waits, and the picture books The Boy Who Cried Fabulous, A Sweet Passover, and Heather Has Two Mommies. Her newest poetry collection, I Carry My Mother, has just been published.

Here are her comments on the 2015 Oregon Book Awards finalists for the Eloise Jarvis McGraw Award for Children’s Literature. 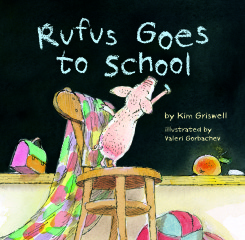 This book stars a charming, eager, determined pig named Rufus Leroy Williams III. Rufus longs to learn to read and knows that school is the place for him. But others have preconceived notions about how a pig will be behave at school and Rufus is turned away repeatedly. But he never gives up! Finally Rufus is allowed to attend school. This book shows children that one’s preconceived notions aren’t always correct, and that it’s important to give everyone a chance. It also communicates a love of learning. The language is simple and poetic, and the illustrations are adorable! 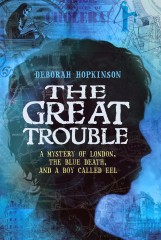 The Great Trouble by Deborah Hopkinson

This historical novel centers on Eel, a “mudlark” who becomes the assistant to John Snow, a doctor desperately searching for a cure for cholera. Eel is a likeable character with a strong voice, a big heart, and a secret he must keep. As the story develops, Eel faces many challenges and rises to them all. Readers will root for him all the way as he encounters those eager to help him and those out to get him. I particularly admired the way the author uses sensory detail to take us back in time. I felt completely transported to nineteenth century London as I read the book. The setting was an active, alive character in and of itself. The book also contains interesting, useful back matter. 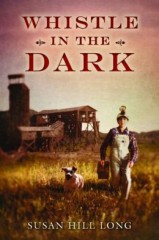 Whistle in the Dark by Susan Hill Long.

“It was June, the middle of the day Clem was to quit being a boy.” I fell in love with this novel from the very first sentence and my admiration for it grew with every subsequent line. Susan Hill Long is a fine writer, who knows how to use the senses to firmly ground the reader in the world of her story. On the very first page she uses the sense of smell to take us into Clem’s classroom where he smells “the lone bull pine that towered over the school,” “the dusty heat of packed dirt,” “the lead of the pencil” and “a whiff of something different.” Thirteen-year-old Clem, who is an excellent student, leaves school against his will to work in the lead mines with his father and a host of other men. The author captures the feeling of being underground so well, I found myself at times unable to breathe. Like Clem, I felt oppressed and trapped. And yet I read on, because I cared about Clem so much, I needed to know what would happen to him. I grew to care about the other characters as well: Clem’s Grampy who suffers from miner’s consumption, Clem’s sister Esther who has epilepsy, Clem’s father Pap who works alongside his son, Pally-boy the stray dog who befriends Clem, and Lindy, the daughter of a moonshiner. It’s a wonderful read and the characters will stay with me for a long time to come. 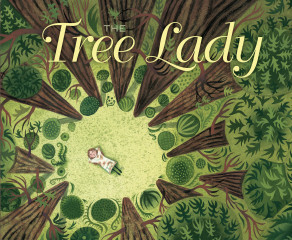 The protagonist of this historical picture book is very inspiring! From the time she was a girl, Kate Sessions loved trees and “felt at home in the woods.” Her love of nature stayed with her for her entire life. Kate wanted to share her passion with others and time after time, found a way to do what many people said could not be done. The book uses repetition to emphasize its message: listen to your heart and don’t get discouraged. If you want to make something happen, you will find a way! 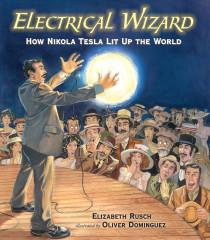 The story of an extraordinary genius who is often overlooked, this book taught me a great deal about Nikola Tesla. From the time he was a young boy, it was clear that Nikola Tesla was resourceful, intelligent, clever, and inventive. As a teen, he vows to turn the power of Niagara Falls into electricity. He never lets go of his vision, and despite many obstacles, he makes his dream come true. I admire the way this book shows how Nikola Tesla remained true to himself, stayed focused and determined and never gave up. I also admired the use of language, particularly the strong verbs such as “zapped, crackled and flashed.” The flight of insects “thrummed” with power. Tesla imagines giant waterwheels “pummeled” by Niagara’s pounding waves. I was also especially impressed by all the back matter at the end of the book, which teachers and students will find very useful.