Our travel writing seminar transitioned over the course of our meetings from Herodotus’ laisse-faire fluid style to Basho’s highly stylized structured writing. Our first readings from Herodotus brought up two of the eternal questions faced by travelers: why leave home and what is out there?

Naturally, our discussion of Ibn Fadlan began with comparing and contrasting the Arabic official sent on a mission with Herodotus, the Greek wandering in political exile:

After comparing and contrasting Fadlan with his Greek predecessor, we looked at Fadlan’s treatment of one of the big themes that interested us when we read Herodotus: otherness.

Unlike Herodotus traveling because of possible exile, and Ibn Fadlan traveling on a mission in an official capacity, Basho is writing both to find inspiration for his poetry, and as a method of self-promotion. He is a literary rock star, and traveling as a Buddhist monk is a branding strategy. 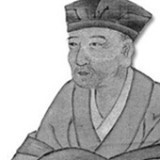