On May 17, the library of Literary Arts became a stage for Lincoln High’s WITS (Writers in the Schools) reading, an event culminating in 10 students sharing their poems and comics in front of peers and family. Students eagerly looked over their notes as guests began to arrive. By 7 p.m. approximately 20 attendees filled the neat rows of chairs. From the clicking of a pen to the zipping of a backpack, the faintest sound was audible in the intimate setting.

Mary Rechner, Director of Youth Programs, set the event in motion by welcoming the students and audience and informing them about another way students can engage with Literary Arts, the Wordstock Book Festival, happening November 5, 2016. “At last year’s Wordstock there were over 8500 people in attendance. High school students get to go for free,” Rechner explained, “and students we publish in the forthcoming WITS anthology will be invited to read their poems, prose or comics.”

Cartoonist and illustrator Jonathan Hill and writer byroN José sun both taught at Lincoln High for this spring’s WITS residencies. Students who worked with Hill shared their original comics; the comics were based on students’ interpretation of characters from Romeo and Juliet. Most comics were infused with hilarious twists that strayed from the traditional love story.

Students who worked with sun shared their original poetry. The first student’s poem, “Cool Girls,” evoked vivid imagery of lip smackers, checkered dresses, and terracotta halls. Another student shared a poem about her struggle to take action for peace: “Words make the world flat, actions make it round,” she recited. Another student shared a poem about the spirit of Native American people guiding the conscience of a guilty man. Along with the students, sun and Hill shared some of their work as well; sun shared a moving excerpt of fiction, while Hill shared a humorous comic about aliens taking over “New Portland.”

Special thanks to our WITS liaison at Lincoln, Stephanie Thomas, along with participating teachers Jon Carr, Trevor Todd, and Katie Grone. 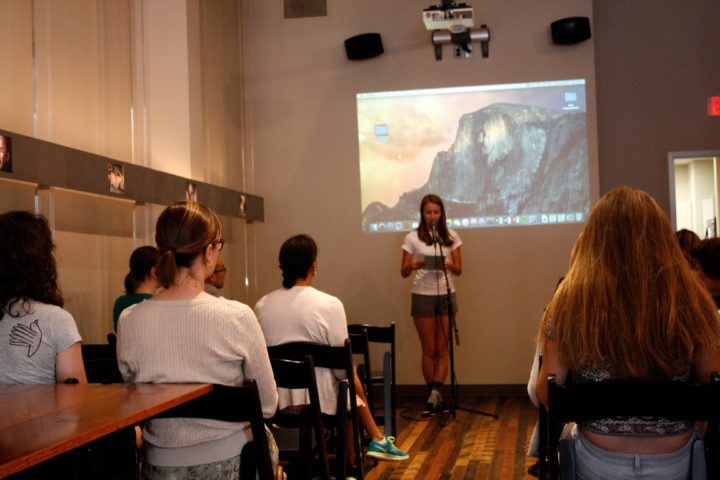 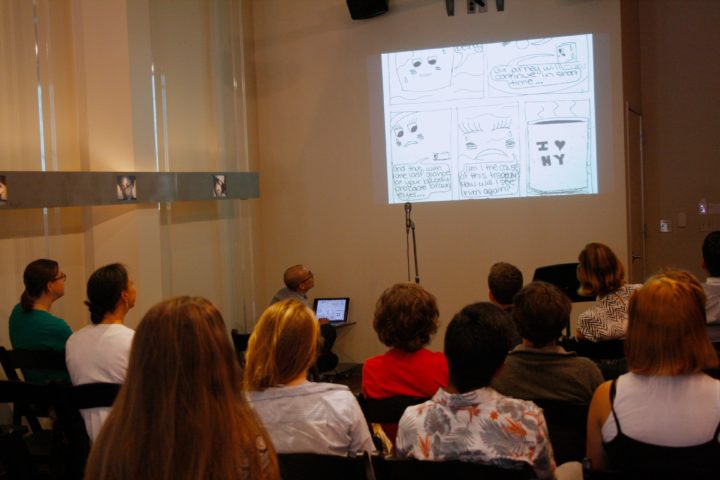 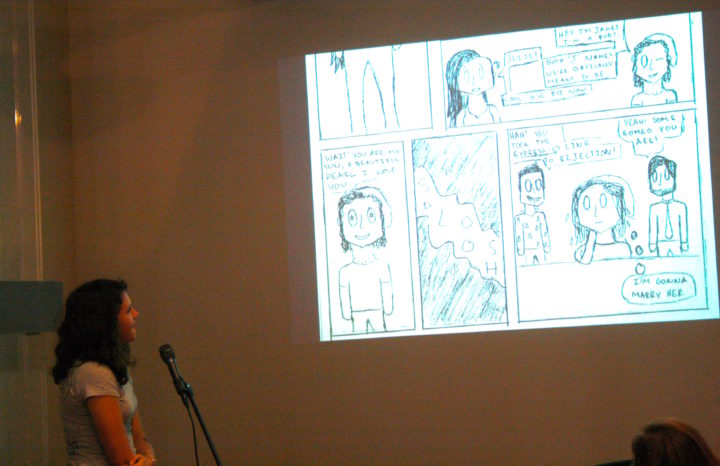 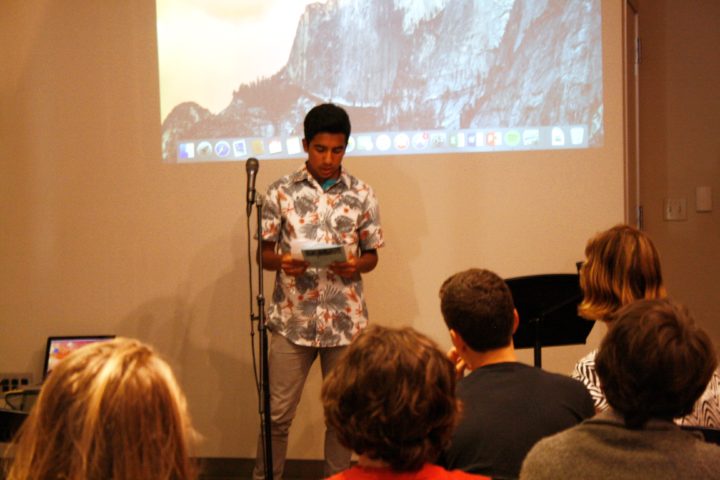 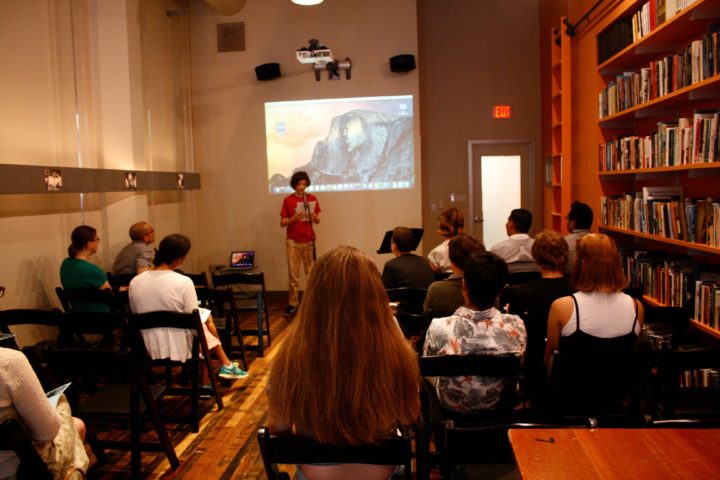 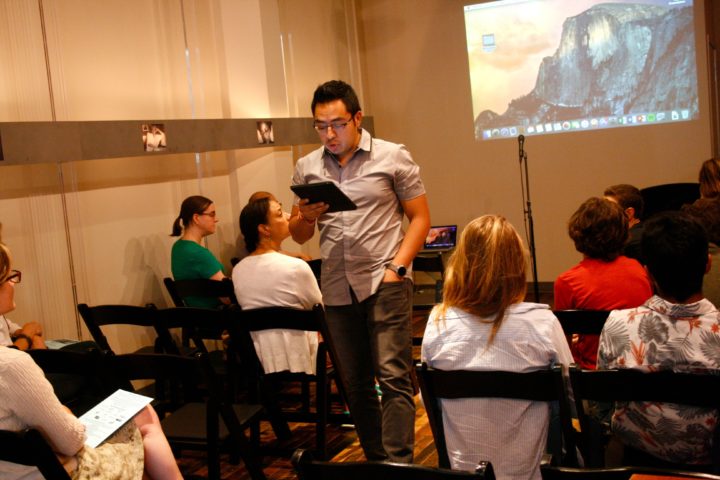