Deb Caletti is an award-winning author and National Book Award finalist. Her many books for young adults include Stay, The Last Forever, and Honey, Baby Sweetheart, winner of the Washington State Book award, the PNBA Best Book Award, and a finalist for the PEN USA Award.  Her books for adults include He’s Gone, and her latest release, The Secrets She Keeps.

Here are her comments on the 2016 Oregon Book Awards finalists for the Leslie Bradshaw Award for Young Adult Literature: 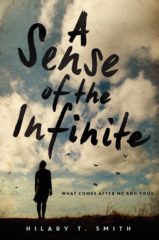 A Sense of the Infinite by Hilary T. Smith

In the gentle and realistic A Sense of the Infinite, Hilary T. Smith takes high school senior Annabeth through a year of critical change. When the most long-lasting and significant friendship in her life falters, Annabeth is forced to define her own needs, wants, and desires, as she also finally faces the hard and complex truths of her beginnings: her conception after her mother’s rape. With tender character portrayals and luminous prose, A Sense of the Infinite is a novel that quietly draws the reader, while at the same time urging insight about identity, friendship, and family. 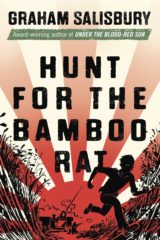 Hunt for the Bamboo Rat by Graham Salisbury

Zenji Watanabe is a naive and kind-hearted seventeen-year-old living in Hawaii when the U.S. Army recruits him during World War II, in Graham Salisbury’s Hunt for the Bamboo Rat. Sent to the Philippines to work as an interpreter and spy, Kenji faces increasing horrors and tests of strength and loyalty after he is taken prisoner and tortured. Forced to work for a Japanese colonel, Kenji—codename The Bamboo Rat—finds a way to help the Filipino underground before escaping to the terrors and starvation of the jungle. Based on a true story, The Bamboo Rat is a harrowing page-turner of perseverance and survival. With both deftness and compassion, Graham Salisbury gives us a view into history, a character we root for, and a breathless and unforgettable read about honor and courage. 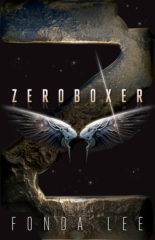 In her action-packed sci-fi thriller Zeroboxer, Fonda Lee grabs the reader from page one and doesn’t let go. Carr Luka is a rookie athlete aiming for the championship in the futuristic sport of Zeroboxing—boxing in a zero-gravity cube. But as Carr rises through the ranks of stardom fight by fight, he discovers a devastating secret of criminal activity that threatens his own life, his beloved sport, and the already-fragile relations between earth and Mars. This gripping novel delivers even more, though, than skilled world-building, smart sci-fi, and fight scenes guaranteed to enthrall even the most reluctant reader of either sci-fi or sports. It offers compelling food-for-thought about genetic modifications, the role of fame in society, and the weighty dilemmas of morality and honesty. In her debut novel, Fonda Lee packs a memorable punch. 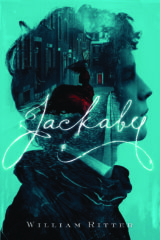 When Abigail Rook lands in New Fiddleham, New England in 1892 and becomes the assistant to paranormal investigator R.F. Jackaby, intrigue and danger ensue, in William Ritter’s Jackaby. As the smart, plucky heroine and the colorful, eccentric hero attempt to solve a series of murders that might be supernatural in origin, the reader is treated to a dark, delightful ride. Along with the mystery, Ritter has crafted surprising laugh-out-loud moments, and a richly realized and atmospheric world full of ghosts and cobblestone streets, meat pies and flurries of snow in lamplight. Jackaby is an energetic, spooky, and charming novel, with the kind of good-natured banter and satisfying storyline that makes one hope that the novel is the first of many. 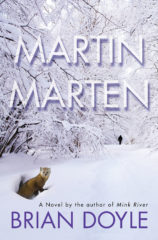 In Martin Marten, Brian Doyle brings us Dave, age 14, who lives with his family on Mt. Hood, and Martin, a marten, who also lives on the mountain with his clan. But the story is not just about these two intersecting lives—it’s about all of the intersecting lives, human and animal, in this rich, wonder-filled place. From Louis the old elk, to the ancient Mr. and Mrs. Robinson; from the fox that ate Martin’s brother, to the trapper, Dickie; from Cosmas, the speeding bicyclist, to the Unabled Lady—each character is portrayed with generosity and quiet humor. Doyle writes with the thoughtfulness, care, and playful reverence that not only makes nature come alive, but the beautiful mess of life itself shine. With its irreverent structure and sigh-worthy charm, Martin Marten is a story—no, a tale—that begs to be read aloud. Warm-hearted, poetic, and wise, Brian Doyle has crafted a classic—a timeless book that lets a reader disappear into a full and gentle world. And while it’s a world you’ll be reluctant to leave, you’ll feel like a better human being for having visited.