[by Kate Jayroe] On February 16, a rainy Thursday, Pulitzer Prize winning author Tracy K. Smith visited Alliance High School at Meek. Smith, the Director of Princeton University’s Program in Creative Writing, sat down with Amy Taramasso’s Language Arts students participating in a WITS residency with Laura Moulton. Smith read from her own creative work, answered questions from students, and engaged in a lively dialogue about contemporary culture, the craft of writing, and the inspiration of the unknown, or the things just becoming known.

Smith began the visit by addressing the act of questioning. “Writing is a way of asking questions, a way of educating myself, scaring myself, and consoling myself.” Smith then elaborated about the ways that poems can function through expression. “The poem creates a bridge—an opportunity to re-examine or speak back to things, through the act of writing.”

A soft-spoken student asked Smith, “What was your first poem?” Smith smiled, and then recounted her very first poem, called “Humor”, a six to seven line poem that spoke through the voice of humor embodied, and in a very serious tone. Humor, she discovered, wants to be taken seriously. This was a discovery that could only be made through writing, through exploring different desires. Smith said after writing the poem, she put it away in a safe place. “I wanted to keep saying things.”

While discussing craft, Smith said, “We all bring values to the process of craft.” She goes on to take apart the concept of craft through an analogy of finding one’s way in a dark room, feeling along the walls to get to someplace safe. “That’s in one of your poems!” A student eagerly interjected, happy to make the connection between the writing he’d studied, and the writer he was directly engaging with.

The conversation between Smith and the students turned to the political. Smith spoke of her inspiration at seeing the iconic image of the Black Lives Matter movement, a photo of a protester facing a row of police in riot gear, stoic, and clad in a sundress. The photo, taken at a Black Lives Matter protest in Baton Rouge, Louisiana by Jonathan Bachman, a New Orleans-based journalist photographer, was familiar to both the teachers and the students in the room. Smith discussed feeling struck and inspired by this image. She said of the photo and the political movement, “I felt like I was seeing different vocabularies for love.”

One student asked, “Who are your biggest supporters?”

Smith spoke with warmth about her writing classmates in graduate school, the feeling of camaraderie she experienced, and still experiences with a community of people all striving toward similar projects, visions, quests to discover more about the nature of being human through the act of writing. She also spoke about how very important her young readers are, the people who learn something through her work and find it helpful. “I’m grateful for that.”

Another student asked, “When you were a little kid, did you dream of being a writer?”

Smith paused, and smiled. “You know, I think I did, though I didn’t quite know what it was to be a writer yet, or that it was even possible at the time.” She went on to explain that as she got older and pursued writing in college, she began observing her professors closely, taking note of how they sustained their writing lives through their jobs, their routines, and their priorities.

Soon after, the importance of reading came up. Smith believes it is necessary for writers to read often, and went on to explain how truly manageable it is to incorporate reading into a routine, particularly poetry. Reflecting on the brevity and digestible nature of poetry, Smith noted: “You can read a book of poetry over breakfast. And then, you can get down to writing.”

The idea of absorbing or digesting the written word, and the discoveries and distillations of the human experience therein permeated the entire school visit. As Smith’s time at Meek came to a close, she expressed that writing can bring a sense of newness to life.

“I want to get into a new set of images and outcomes, a new outlet for questions about what it means to be human.”

Literary Arts would like to thank Tracy K. Smith for her insightful engagement with the students, and to thank the students at Alliance High School at Meek for their thought-provoking and developed questions. We would also like to thank Laura Moulton and Amy Taramasso for facilitating the visit and for working with students to prepare. 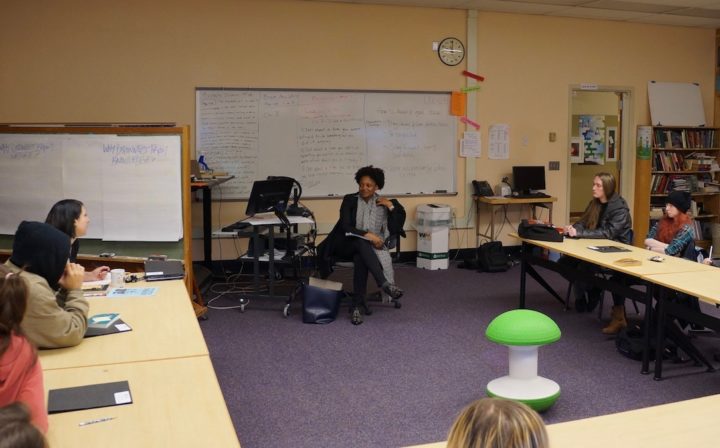 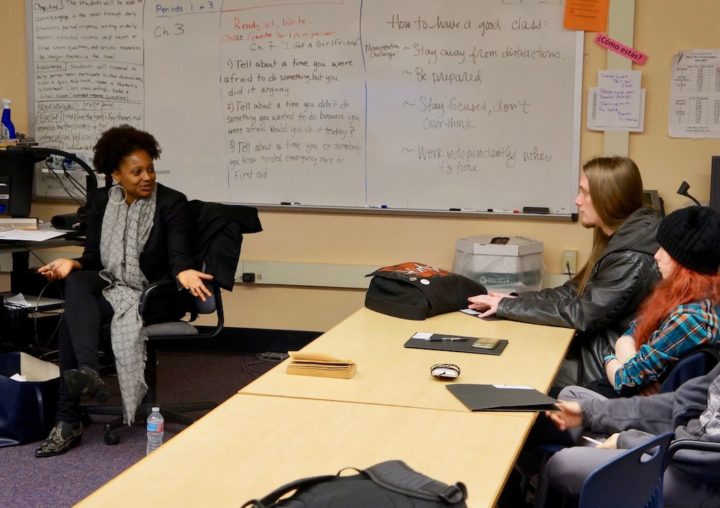 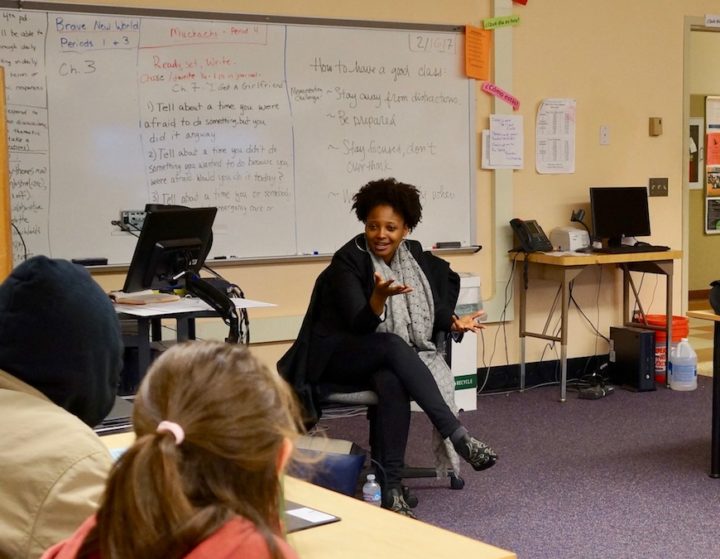 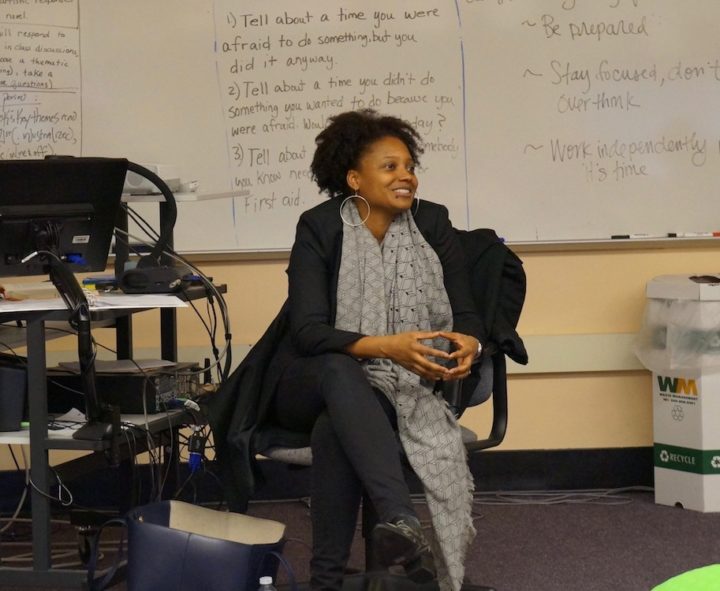 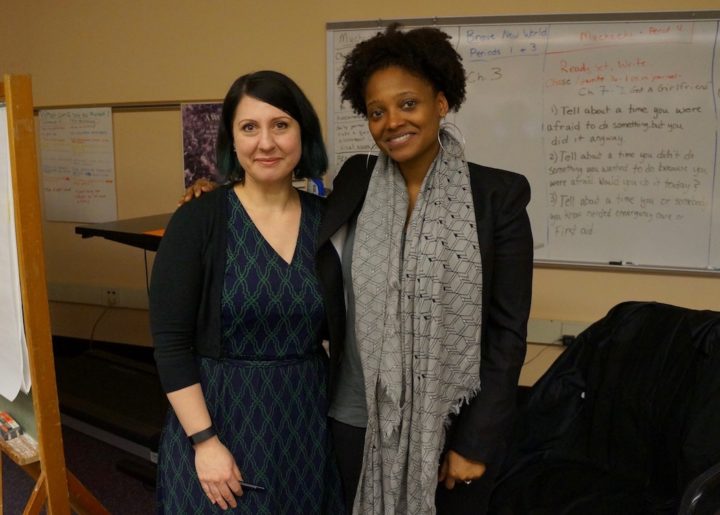