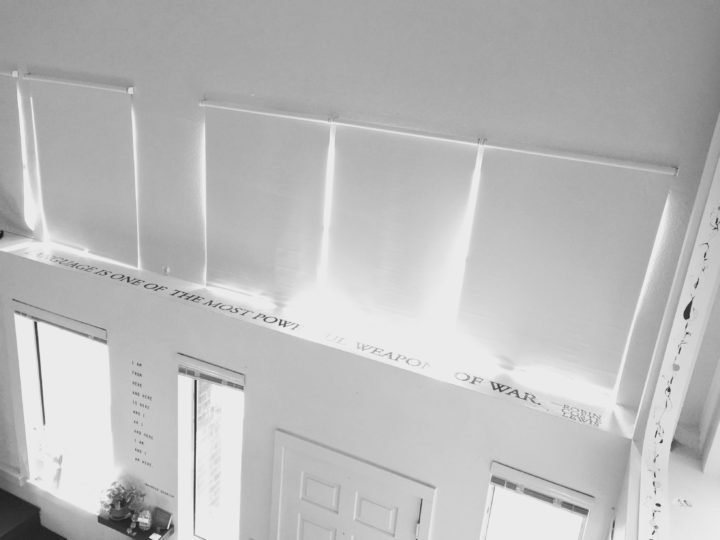 De-Canon: A Visibility Project is a “pop-up library” and web resource project that showcases literary art by writers/artists of color. It is a project facilitated by Portland-based poet Neil Aitken and poet-musician Dao Strom. This project is supported by a 2017 Precipice Fund Grant.

This exhibit takes the form of a pop-up library that includes 150+ books by POC authors, plus visual-literary artworks in the form of video poems, asemic art, and more. In August the pop-up library is being hosted by Una Gallery.

A series of events accompanies this exhibit throughout August and remaining events include a film screening (8/16), music+poetry performance (8/19), and closes with a Reading Group hosted by Physical Education on 8/26. Full details for August and more details are at: https://www.de-canon.com/de-canon-events/www.unagallerypdx.com.

Dao Strom is the program specialist for Delve Readers Seminars, and Neil Aitken is teaching several classes at Literary Arts this winter. We asked them both some questions, via email, about De-Canon: A Visibility Project.

Q:How Did De-Canon: A Visibility Project come about?
A: The idea for De-Canon arose first out of conversations about forming a collective of POC writer-teachers, and the idea that there is a need–particularly for writers of color–for resources that reach beyond what is offered in the often very culturally white spaces of MFA programs, for instance (a problem that has been elaborated on in think-pieces by Junot Diaz and Claudia Rankine). We were having these conversations not just between the two of us, but with other writers in our community, and it felt like a commonly agreed on point. Many of us have felt alienated by the emphasis that literary institutions at large (universities, publishing industry, etc) have – historically and still – placed on the concept of a western canon that contains predominantly white (and white male) authors. This notion of a classic or quintessential western canon results, problematically, in the erasure and invisibility of so many works—not to mention the real histories—of people and writers of color.

De-Canon as a “visibility project” arose out of a desire to recognize and celebrate those works and stories, which are many and diverse. We especially wanted to celebrate works by writers of color who’ve been of influence in the 20th century and now. And we wanted to share among us our knowledge and resources, with the understanding that we are all readers and writers coming from different backgrounds and that we make our understanding richer by coming together.

The idea for creating a library was sparked by a daydream of having an actual space where we could gather and easily access books that are sometimes hard to find, even in the public library—books by small presses, lesser known authors, etc. We imagined this as a space where we could convene, hold small events, work and read and talk. The Precipice Fund grant offered the perfect opportunity to conceive of De-Canon as a project not just literary and abstract, but also physical, interactive, and visual in its scope.

What has been most challenging about putting the project together?
It felt important to us to offer De-Canon not as a replacement canon, but rather as a project that also calls into question the very notion and process of canonizing. There is of course an irony in curating a project that you are trying to call a “de-canon.” Thus, one of our biggest, most sensitive challenges was figuring out how to curate the library with open and inclusive minds. We wanted to be certain not to recreate the very dynamic we are trying to critique through this project—that is, the danger of assuming a position of authority and suggesting that we, as facilitators or curators, have some special knowledge of what people should be reading. In short, we wanted to be conscious of our own limitations and biases. In order to do this, we decided to crowdsource for book suggestions—this meaning that the “de-canon” we arrived at would be one derived from multiple sources, multiple opinions, and not from traditional or academic sources, but from living readers and writers and people. We wanted to shake up the process of how we ourselves read and curate. There is a nonhierarchical energy we’re trying to honor via De-Canon and this is something achievable only through it being a socially engaged and collaborative process. To let in many ideas and perspectives, and still try to apply structure and design, has made for an interesting intersection of energies.

How has it impacted your own work as artists?
(Dao) Collaboration has become a big part of my own creative process in the past year or two. This reaching for collaborative relationships was in part spurred out of my own isolation and sense of disconnect—conditions about myself (or how I’ve thought of myself) that I knew I needed to challenge. The process of researching and curating for De-Canon has been a very social process—one that is ultimately about asking questions, talking about books, listening to others. Since we crowdsourced to curate our library, there are in fact a lot of books in this space I haven’t yet read. So, in that way, this project has also opened doors and expanded my own sense of canon, or de-canon. The energy of interacting and the opportunity to bring together so many creative minds into this space and this project has been quite heartening for me—giving me a sense that this work I do as an individual artist exists in a larger, very vibrant context, amid the strong and diverse works of other writers and artists of color, namely.

(Neil) Working on De-Canon has been a humbling experience in that it has shone a light on many neglected areas in my own study and research as a writer and educator. I’ve found myself adding to my reading lists books on craft and experimental writing that I hadn’t been aware of before, and coming to a much deeper appreciation for those writers of color who do write and share their thoughts on craft and canon. Realizing that there exists a vast and comprehensive library of essays, books, and lectures out there which do tackle in a variety of ways the complex relationships between race, craft, and literary tradition has been extremely helpful to me as a writer and an educator. So many of these texts have existed in isolation, and being part of the process to identify and gather them together has inspired me to learn about them, to incorporate their insights into my own work, and to find ways through De-Canon to help spread an awareness of them to a broader world. I am encouraged by the fact that the work we are doing is not in a vacuum, but part of a larger, much longer conversation between writers who may have thought they were speaking alone, but were instead all this time part of a greater chorus. Which in turn makes me want to write, to teach, and to find others who seek to do the same in their communities. 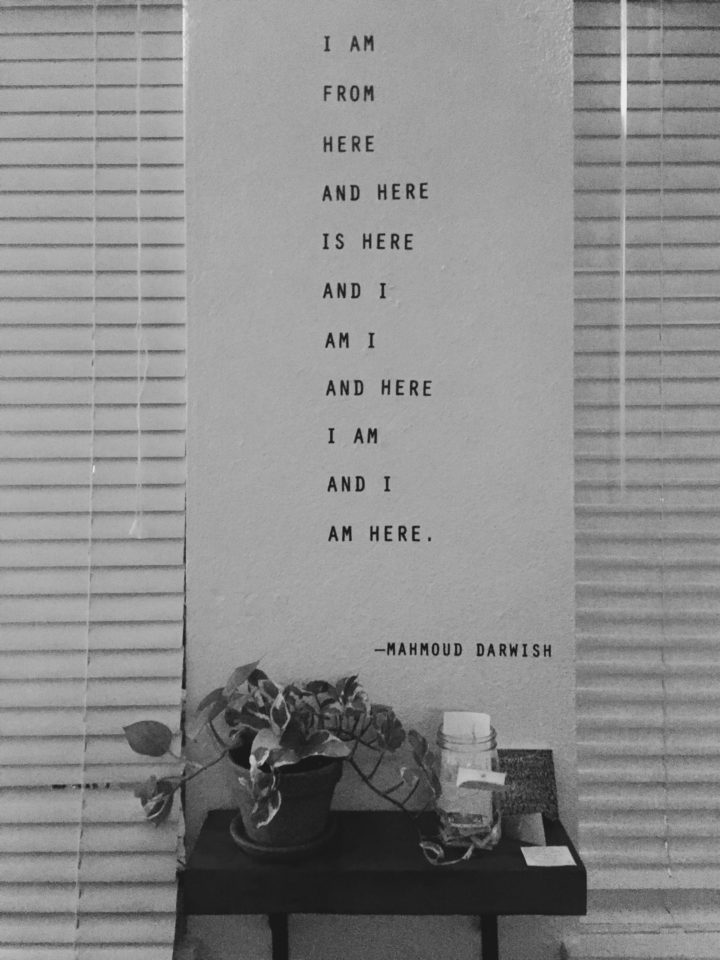 How do you see music and film and poetry/words working together at events – De-Canon’s and elsewhere? Are you noticing any trends in the way work is presented?
Hybrid work, the mixing and mingling of genres and mediums, seems resonant with De-Canon’s themes. In the same way De-Canon is pushing against the walls of ‘what is the canon’ and who belongs in it, in terms of form too we are asking a similar question, about what the literary art form is and how it might be expressed. There will always be some literature that fits perfectly as it should within the confines of one genre or on the page alone, of course. But, for some of us, hybridity can feel like a liberation and a solution, namely to the problem of not belonging to any one realm (or culture or genre or tradition or place) completely. Identity and “ethnicity” ultimately cannot be easily defined—there are so very many nuances, contradictions, exceptions. Who a person is spills over the edges of any container you try to place them in, maybe sometimes even warps or breaks the container. The shapes of things do not adequately hold the thing. Maybe hybridity of form and genre cross-overs are a way, esp. for artists of color, to reflect this. Literature at its essence is storytelling and perception-sharing. And it may be that literature at this time is asking of us to let it be more embodied—conveyed not just through written words, but also through aural, visual, even physical modes. De-Canon seeks to embrace these possibilities of literature, too.