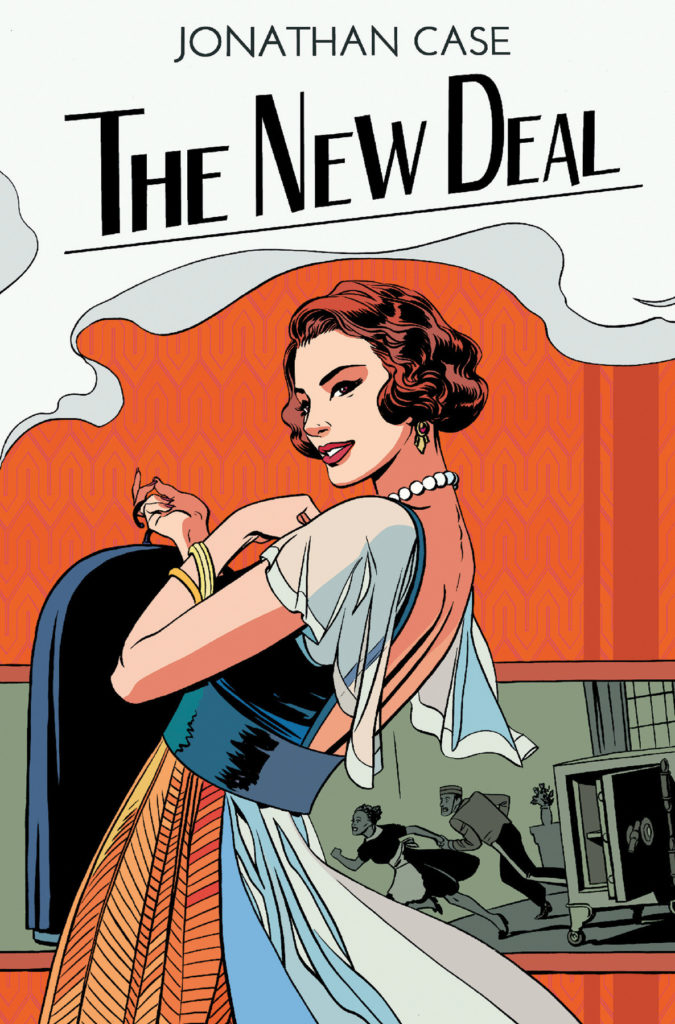 It’s New York City, 1936. At the glamorous Waldorf Astoria, young Frank, a bellhop, and Theresa, a maid, get caught up in a series of mysterious thefts and must rely on each other to discover the truth.

Jonathan Case is an Eisner Award-winning cartoonist, painter, and writer. As an author of graphic novels, his work includes Dear Creature, The New Deal, and the upcoming middle-readers adventure, Little Monarchs. He lives in Portland, Oregon with his wife, Sarah, and their daughters, Dorothy and Miriam. 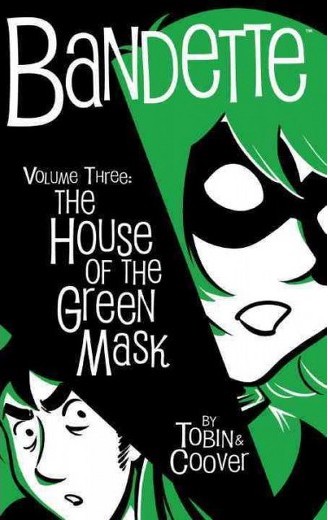 Bandette follows the story of a charming teen thief and her urchin accomplices, as she “acquires” an array of fabulous treasures, and foils a wealth of nefarious villains.

Colleen Coover is an Eisner Award-winning comic book artist based in Portland, Oregon. Her comics include the adult title Small Favors and the all-ages Banana Sunday. She has been published by Dark Horse, Top Shelf, Marvel, and many others. She works with her husband, writer Paul Tobin, on the Eisner-winning series Bandette.

Paul Tobin is NYT best-selling author of hundreds of comic books, including the multiple Eisner award winning Bandette. He also writes the “Genius Factor” novels for middle grade readers, among many other projects. He lives in Portland, and knows secrets. 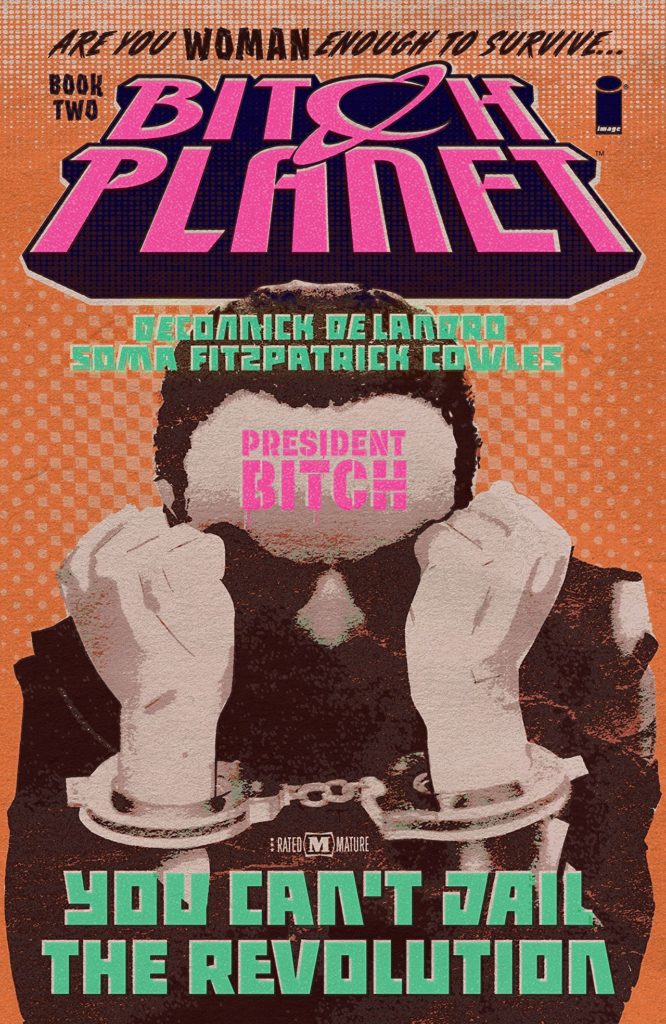 “An intersectional experiment that uses exploitation tropes in a feminist narrative” sounds hopelessly dry, but BITCH PLANET is actually a brutal comic book satire, as depressing as it is hilarious. Set on an Earth where a literal patriarchy reigns, women who do not conform to dominant standards are labeled “non-compliant” and shipped to a space prison named for the temperament of the broads who live there. 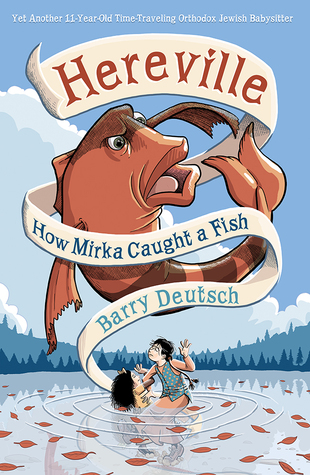 Mirka, an 11-year-old Orthodox Jewish Girl, takes her little sister on a forbidden trip into the forest – but when the girls encounter a magical fish, everything goes wrong. This graphic novel features unusual layouts, magical adventure, and a loving depiction of Orthodox Jewish life.

Barry Deutch’s “Hereville” series has won the Oregon Book Award, the Sydney Taylor Award (the only time a comic book has won), and has been nominated for Eisner, Harvey, Ignatz, and Nebula awards. Barry also creates political cartoons. He lives in a bright blue house with pink trim in Portland. 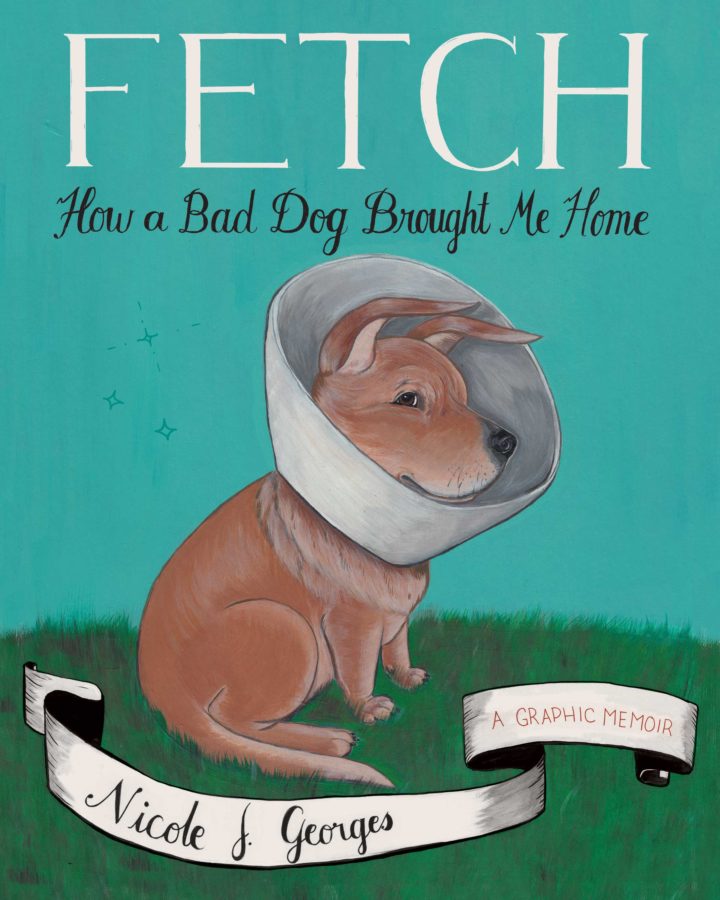 Fetch: How A Bad Dog Brought Me Home is a graphic memoir about a difficult, beloved dog. It chronicles the symbiotic, codependent relationship between Nicole and her mutt, Beija, through depression, relationships gone awry, and an unmoored young adulthood played out against the backdrop of the Portland punk scene.

Nicole J. Georges is a professor, writer, and illustrator, who has been publishing her own zines and comics for twenty years. She is the author of the Lambda Award–winning graphic memoir Calling Dr. Laura and the diary comic Invincible Summer. She lives in Portland, Oregon.