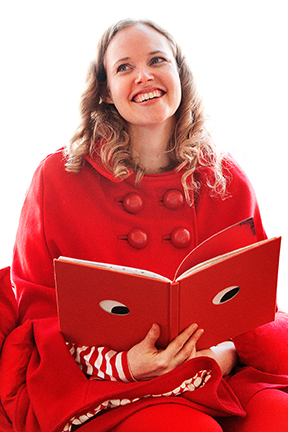 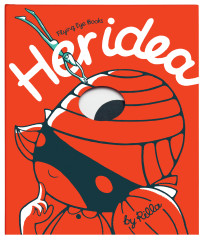 Rilla Alexander is a graphic designer and illustrator whose work has appeared on everything from toys and tea cups to busses and buildings. Her characters dance across Museo del Prado’s ceramics and stationery, populate Swiss Credit Cards and sleep on the walls of a Copenhagen hotel. She has spoken at design conferences, led workshops all over the world, and currently teaches illustration at the PNCA. She was a founding member of Australian design collective Rinzen and her work has been showcased at Paris’ cultural mecca Colette and at the Musée de la Publicité/Louvre.

She has published several books including Neighbourhood which features the collaborative efforts of over 30 artists reworking and remaking hand-made toys. Her alter-ego Sozi stars in picture books Her Idea and The Best Book in the World – published by Nobrow’s Flying Eye Books.