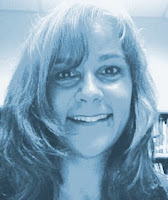 Laura earned her Masters from Portland State University. Houston has worked as a foster mother, case manager, waitress and teacher, and has been writing for 20 years.

What is Laura working on now?
I am classic ADD, so I cope by spreading my creative energy around to whatever it needs to go that moment. Currently, I am working on a children’s book about a booger. I am not satisfied with it yet. It’s too campy. I am also writing a 200-page letter to my sons, explaining my beliefs on how to achieve happiness, but I primarily work on my novel Two Winds Fighting, which is about a Native American family and two boys who wind up in the foster care system. Sometimes when I am working on it, I get really emotional, so I have to take a step back. That’s when I start working on the booger story.

What inspires you?
Stories exist in everything. Sometimes I can’t get my mind to stop dictating stories. This makes it difficult to concentrate
on certain tasks at hand, and I get bored or restless easily. But if I need to recharge, I go for walks in the woods, or I seek out my bibliophile friends. If things are lonely at 2 a.m., I rely on a book of William Stafford’s poetry.

What’s the last book Laura read that she would recommend to a friend?
I like reading historical fiction about China, but I don’t think my friends would share this obsession. So to my friends I would recommend We Need To Talk About Kevin. It’s such a powerful novel in that it is compelling, disquieting, and beautifully written. I couldn’t read anything for a long time afterwards I was in such awe.

Judge Dinty Moore had this to say about Laura’s work:

“Her humor is gentle and wry, and Houston’s characters seem to lift off the page, they are so painfully real. This is a sometimes sad story of alcoholism, poverty, and cultural strain, yet the reader ends up with a glimpse of hope, if not for these individual characters, then, at least, for the human spirit they possess.”

“On the morning his sons were leaving the reservation to go live with their mother 600 miles away in Kansas City, George Standing Cloud came to kidnap them. There had been a big thunderstorm the day before, and the reservation’s radio station reported a funnel cloud some time around 3:00 p.m. Right when school was let out. The last day of school. The last day of school for Nate and Alex.

Earlier that day, just before lunchtime, a cool wind came from the north and met up with a hot wind from the south and things began to happen in both the heavens and on earth. As the day grew longer, the storm got bigger, and soon the world was gold, green and black, and it smelled of clover, hay and earth. When he looked to the southwest, he saw the trouble. When he looked to the northwest, it was clear and sunny. The boy’s school was to the southwest. George imagined his boys standing in line to get on the school bus and watching the sky with their big brown eyes wide and ready. They were probably scared.
— Laura Houston, from “Two Winds Fighting”