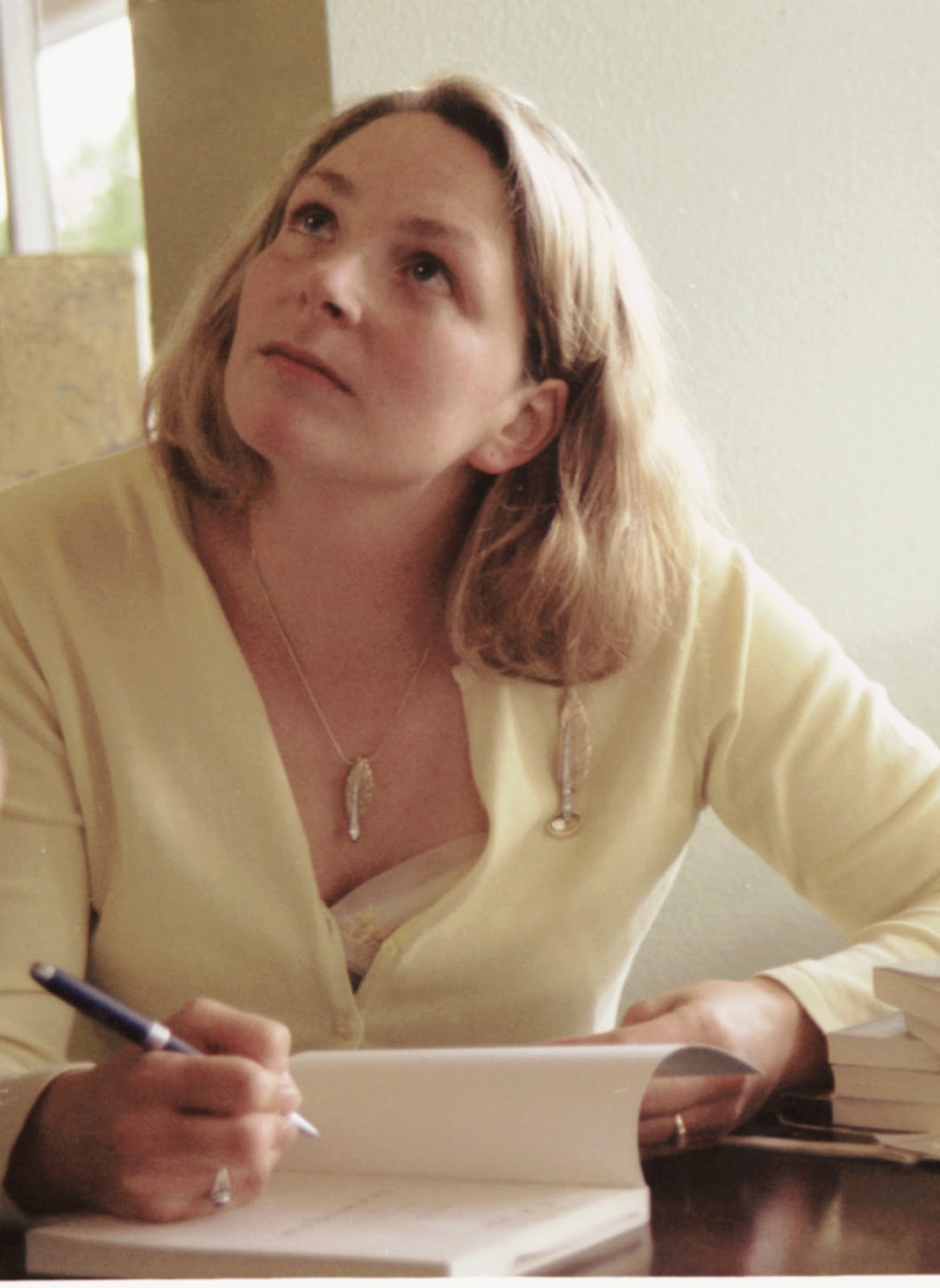 Gina Ochsner is the 2013 recipient of The Leslie Bradshaw Fellowship in Fiction . She is the author of the short story collection The Necessary Grace to Fall, which received the Flannery O’Connor Award for Short Fiction, and the story collection People I Wanted to Be. Both books won an Oregon Book Award. Her novel The Russian Dreambook of Colour and Flight was long-listed for the Orange Award and was an Oregon Book Award finalist. She teaches in Seattle Pacific University’s creative writing MFA program.

Ochsner was kind enough to answer several of our questions about her creative process and being a fellowship recipient.

A great source of inspiration is other writers. I’m intrigued, delighted, enchanted by what so many others are doing. I love the work of Angela Carter, Melissa Pritchard, Kelly Link, Ingrid Hill, Pinckney Benedict, Chris Adrian, Kevin Brockmeier, Bohumil Hrabal and many, many others. When I read the work of these writers I can’t help but sense that they are having FUN and that’s such an inspiration. I think fun is what drives my desire to write.

My process is erratic, sloppy and mosaic-like. I gather objects, slips of paper, leaves of trees, bark and tack them by means of paper clips, gum or anything else slightly adhesive, to story boards. I’m looking for images that will become slow-burning fuel for stories. People say and do the most amazing things and so it’s not unusual for me to scribble down a word, a phrase I’ve heard, and a quick composite of character. I’m looking for combustible sources of conflict.

When I opened the letter from Literary Arts I scanned it quickly, looking for the words “regretfully” or “however” or “unfortunately” the signal words for “no.” Writers learn to do this, I think, because if we’re sending our work out, we hear “no” a lot. So this letter was a huge YES that said “we believe in you” and every writer needs to hear that at least once in his or her writing career.

Currently I’m working on a longish novel set in Eastern Latvia. Eels, outdoor latrines, and mishaps with pianos and dirigibles figure prominently at this point.

2013 OLF Judge Pinckney Benedict had this to say about Ochsner’s work:

“How marvelous that this manuscript contains this line of dialogue: ‘There’s no power in story. Words don’t make things happen.’ It is a marvelous act of authorial empathy, as well, that this sentiment— which contravenes what we as artists and writers know to be true, contradicts our everyday experience, in which stories are often the only entities with actual power—is expressed, not by an unsympathetic character, not by an antagonist, but by someone whom the writer and the story take very seriously, for whom they both express great sympathy and affection. Only a daring artist, and a confident one, will allow a compassionate character to express in considered terms an entirely plausible doubt about the efficacy of art: express it in the very act of disproving it! The story, in a most crafty way, becomes its own subject matter and its own best argument for the value of stories, even while it testifies to the substantial danger of their allure. Happily, it’s no mere metafictional caprice: it is populated by entirely real and fully-realized people who dwell in a word made tangible through the generous use of diamond-hard detail. A complete work of narrative art, satisfying at every level.”