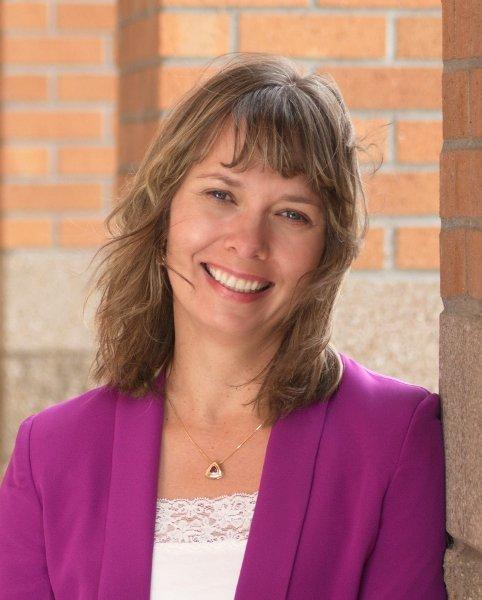 Patricia Bailey is the 2013 recipient of The Edna L. Holmes Fellowship in Young Readers Literature . She lives in Klamath Falls, where she spends most of her time watching people, making up conversations, and scribbling on sticky notes. She was a 2011 Fishtrap Fellow.

Bailey was kind enough to answer several of our questions about her creative process and being a fellowship recipient.

Bailey: Books are my go-to source of inspiration. I have a handful of writers/books who never fail to amaze and inspire (Laurie Halse Anderson (Speak, Wintergirls, Chains) Sherman Alexie (everything, but his YA stuff kills), Rosanne Parry (Heart of a Shepherd). They all have the same thing in common. I read their work. I’m awestruck at how darn good they are. And, somehow, I feel like writing is still possible. I also check in with the books/writers that helped grow me up (Beverly Cleary, Judy Blume). They remind me how it feels to be a kid and how necessary writing is in the world.

Bailey: Too many showers. Long hikes. Lots of time spent bouncing on my exercise ball/desk chair, and finally, hopefully, a rush of words that convey something real. Typically, I get a character’s voice first. Then comes the work of piecing together the elements into a full-on story.

Bailey: Just being recognized—and recognized by such an organization. Writing can get pretty lonely—and sometimes it feels you’re talking to yourself. It’s exciting to know that what I’m working on resonates somewhere outside my own head. Plus the list of folks who have received a Literary Arts Fellowship is pretty impressive. It’s humbling to be in that kind of company, and it inspires a fair amount of hope. Of course it was pretty amazing that someone would actually write a check based on something I wrote. I’m still wrapping my head around that.

Bailey: I am (fingers crossed) finishing up a historical middle-grade novel set in a turn of the century gold mining boomtown, and playing with the beginnings of a contemporary YA novel.

Bailey: Apply. Apply. Apply. I didn’t think I had any chance of getting such an award. I applied because I figured that’s what writers do. They send their stuff out into the world. And when the world is good, it sends stuff back.

2013 OLF Judge Kashmira Sheth had this to say about Bailey’s work:

“Lined With Gold is a compelling historical fiction set in the early 20th century when the dream of finding gold and instant riches drove many to move West. Ms. Bailey has mined this historical period for setting and characters that draw us right into her story. The tale is told through the diary entries of a thirteen-year-old girl, Kit Donavan. It is filled with heartaches and harsh events, losses and hopes, and survival over greed and brutality. This poor minor girl writes her day-to-day observations and struggles in rich sensory details and deftly weaves in intrigue and suspense. The characters are real and earthy, the stakes are high, and fear and distrust run deep. What anchors this story is Kit’s voice. Laced with irony, humor, sadness, persistence, and determination, it is powerful and inviting. It will resonate with readers long after the words are read.”