Last week’s Wednesday night WITS student reading featured a group of enthusiastic students from Cleveland High School at Books with Pictures. Family and friends filled the store to support the eight readers. The mood was set, as each audience member was treated to a copy of a Black Panther comic by the store.

The writers and artists showcased comics that they created under the guidance of Lisa Eisenberg, local cartoonist and teaching artist. Eisenberg, despite her recent wrist injury, was all smiles to hear the students and see their projects.

Students pushed the bounds of imagination, as they shared with the audience their creations. One writer imagined animate milkshakes trying to bring the boys to the yard. Another student envisioned the life of a sentient rock over the centuries as it rolled from town to town. Other students looked to more personal themes, as one described a young woman who wanted to go to the school dance, featuring an Inside-Out-like scenario with her pores. One student described her piece about a young narrator learning to embrace her natural hair.

Eisenberg shared a comic about her own unexpected reaction to Go Ask Alice for Banned Books Week as the novel inspired her, not to dive head-first into a world of drugs and debauchery (as those calling for the censorship of the book might imagine), to learn more about the 60’s counterculture movement.

We’re very thankful to Books with Pictures for hosting (and Black Panther comics!). We’d also like to thank the friends and family who came out, the WITS writers and teachers for their support, and most of all to the students for sharing their work. 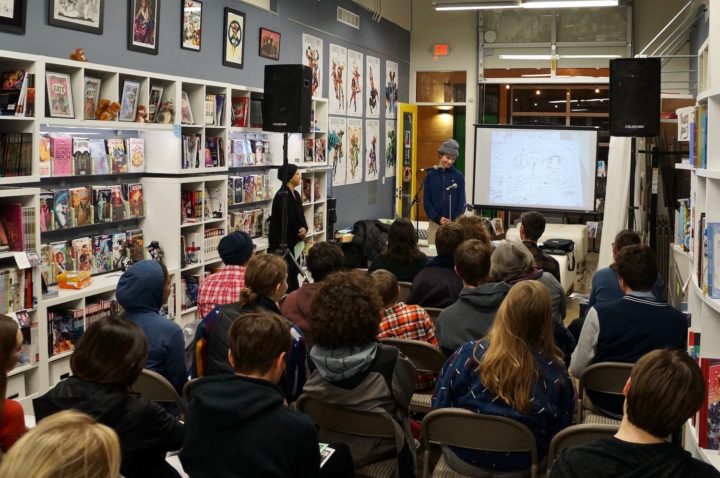 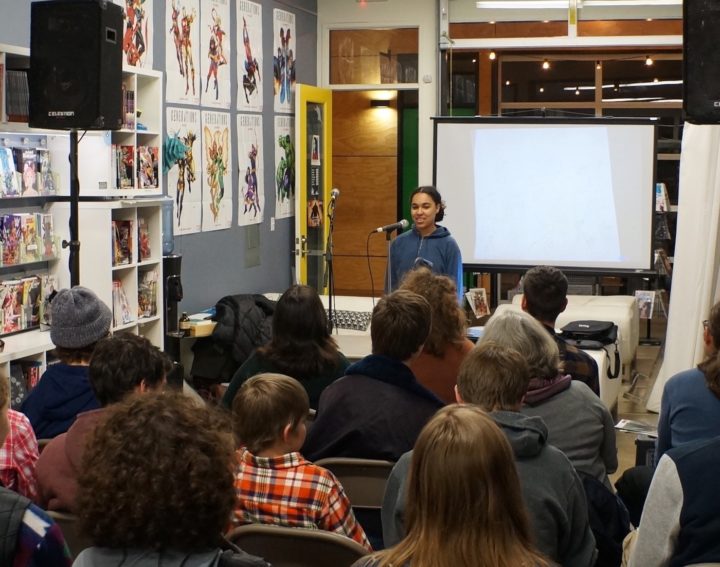 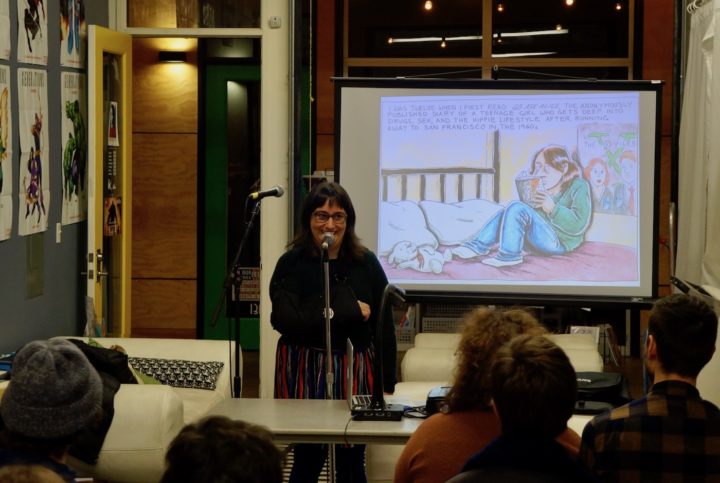 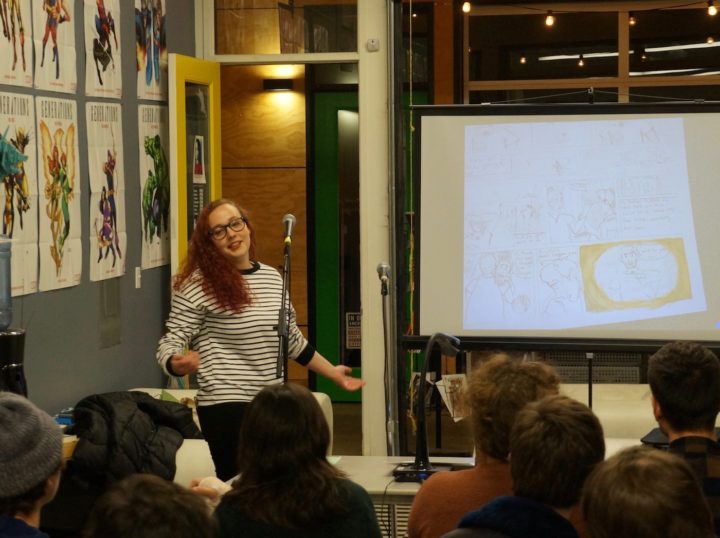 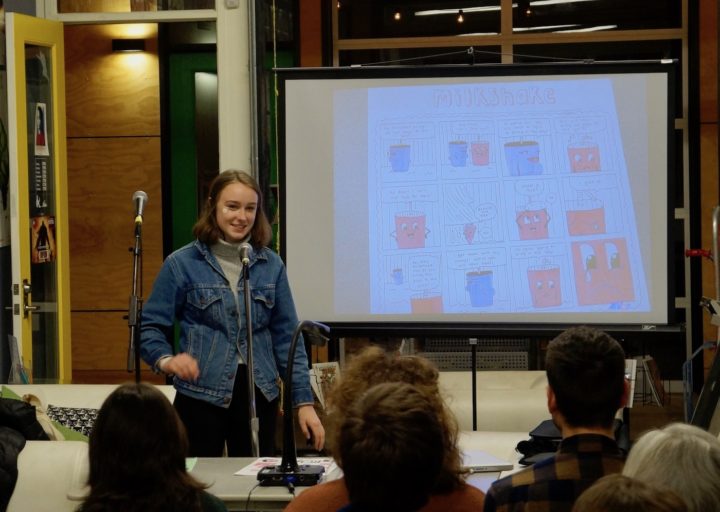