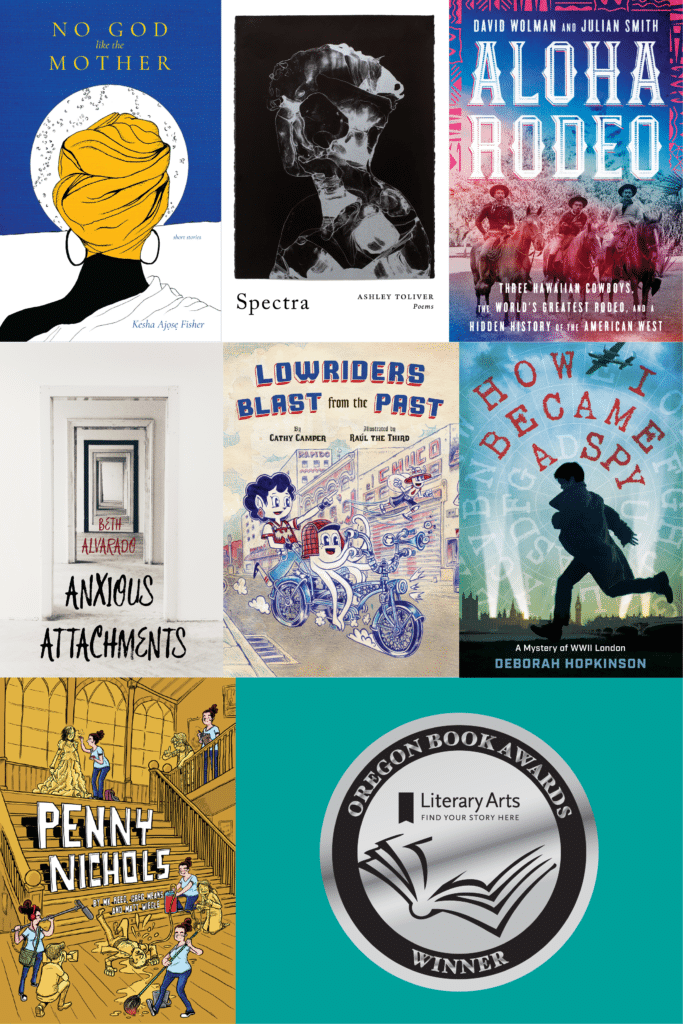 This special episode features the announcement of the 2020 Oregon Book Award winners, with hosts Elena Passarello and Omar El Akkad.

The 2020 Oregon Book Awards ceremony was originally scheduled on April 27, 2020 as a live event. However, due to the ongoing COVID-19 pandemic, our 33rd annual ceremony was reimagined into this special, state-wide broadcast and podcast episode, with special thanks to our partners at Oregon Public Broadcasting.

Since 1997, the Oregon Book Awards have celebrated the work of our state’s authors. This year, 215 books from 44 towns across Oregon were submitted. Out-of-state judges determined the finalists and winners. In this episode of The Archive Project, you’ll hear excerpts read by the winning authors themselves. Our guest hosts for this special episode are previous Oregon Book Award winners Elena Passarello and Omar El Akkad.

Our episode hosts:
Elena Passarello is an actor, essayist, and recipient of a 2015 Whiting Award. Her work has appeared in the New York Times, Paris Review, and The Best American Science and Nature Writing 2018, and has been translated into German, Italian, French, and Mandarin. She is the author of the essay collections Let Me Clear My Throat and Animals Strike Curious Poses, the latter of which won the 2018 Oregon Book Award in Creative Nonfiction and made the Best Books of 2017 lists in the New York Times, Guardian, and Publisher’s Weekly. Passarello teaches creative writing at Oregon State University and appears weekly on the nationally-syndicated PRI radio variety show LiveWire!.

Omar El Akkad was born in Cairo, Egypt and grew up in Doha, Qatar until he moved to Canada with his family. He is an award-winning journalist and author who has traveled around the world to cover many of the most important news stories of the last decade. His reporting includes dispatches from the NATO-led war in Afghanistan, the military trials at Guantànamo Bay, the Arab Spring revolution in Egypt and the Black Lives Matter movement in Ferguson, Missouri. He is a recipient of Canada’s National Newspaper Award for investigative reporting and the Goff Penny Memorial Prize for Young Canadian Journalists, as well as three National Magazine Award honorable mentions. His debut novel is American War, for which he won the Oregon Book Award for Fiction. He lives in Portland, Oregon.