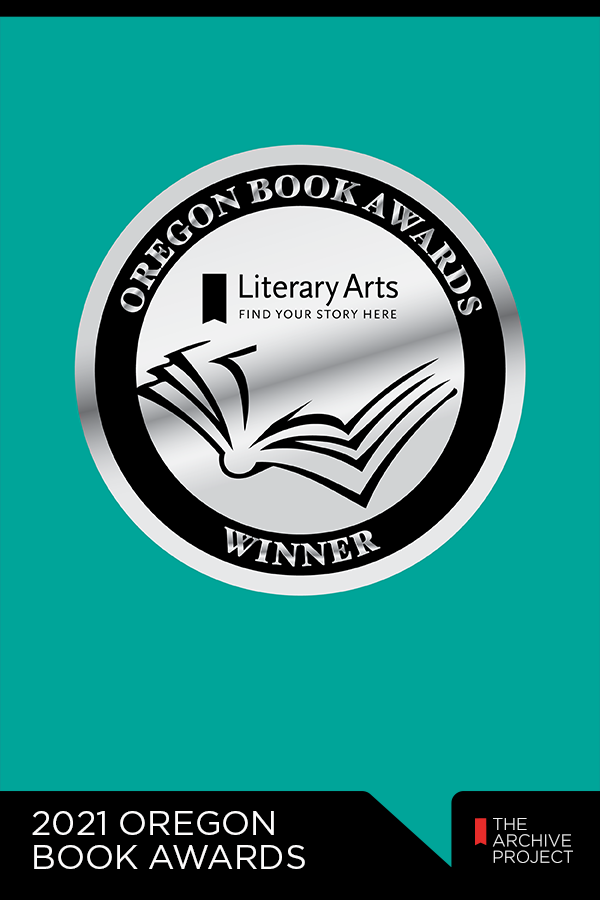 This special episode features the announcement of the 2021 Oregon Book Award winners, with hosts Elena Passarello and Omar El Akkad.

Our 34th annual Oregon Book Awards is presented in this special, state-wide broadcast and podcast episode, with special thanks to our partners at Oregon Public Broadcasting.

Since 1987, the Oregon Book Awards have celebrated the work of our state’s authors. This year, 173 books from 41 towns across Oregon were submitted. Out-of-state judges determined the finalists and winners. In this episode of The Archive Project, you’ll hear excerpts read by the winning authors themselves. We’re also thrilled to share an interview with Molly Gloss, this year’s CES Wood Award recipient, and archival audio of treasured Oregon writer Barry Lopez, who hosted the Awards in 2006 and received the CES Wood Award in 2008.

Our guest hosts for this special episode are Elena Passarello and Omar El Akkad, both of whom are previous Oregon Book Award winners themselves.

Omar El Akkad was born in Cairo, Egypt and grew up in Doha, Qatar until he moved to Canada with his family. He is an award-winning journalist and author who has traveled around the world to cover many of the most important news stories of the last decade. His reporting includes dispatches from the NATO-led war in Afghanistan, the military trials at Guantànamo Bay, the Arab Spring revolution in Egypt and the Black Lives Matter movement in Ferguson, Missouri. He is a recipient of Canada’s National Newspaper Award for investigative reporting and the Goff Penny Memorial Prize for Young Canadian Journalists, as well as three National Magazine Award honorable mentions. His debut novel is American War, for which he won the Oregon Book Award for Fiction. He lives in Portland, Oregon.

Molly Gloss is the author of several novels including The Jump-Off Creek, The Dazzle of Day, Wild Life, The Hearts of Horses and Falling From Horses, as well as the story collection Unforeseen. She writes both realistic fiction and science fiction, and her work has received, among other honors, a PEN West Fiction Prize, an Oregon Book Award, two Pacific Northwest Booksellers Awards, the James Tiptree, Jr. Award, and a Whiting Writers Award. A fourth-generation Oregonian, she lives in Portland.

Barry Lopez was the author of three collections of essays, including Horizon; several story collections; Arctic Dreams, for which he received the National Book Award; Of Wolves and Men, a National Book Award finalist; and Crow and Weasel, a novella-length fable. He contributed regularly to both American and foreign journals and traveled to more than seventy countries to conduct research. He was the recipient of fellowships from the Guggenheim, Lannan, and National Science Foundations and was honored by a number of institutions for his literary, humanitarian, and environmental work. He died in 2020.