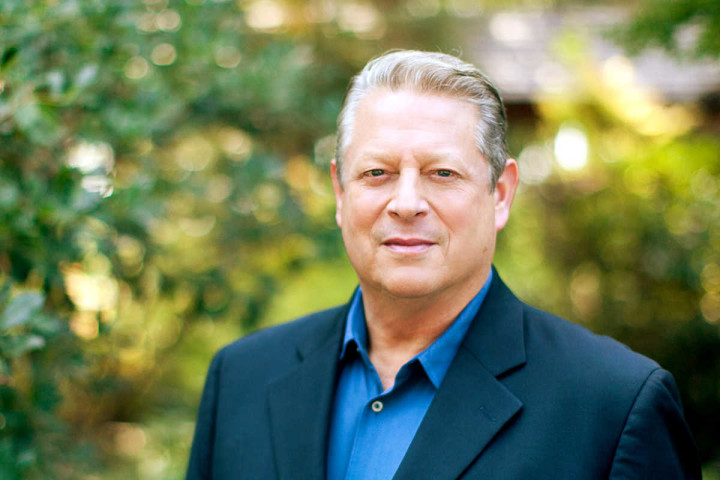 In this episode of The Archive Project, former vice president and environmental activist Al Gore discusses the past, present, and future state of the world in the context of global warming. He supports his argument for the need for change with extensive scientific research and discusses the merits of various alternative energy resources. He focuses the latter half of his lecture on emphasizing the need to prepare and assist the next generation with the climate challenges ahead.

It is possible to make the choice to shift away from a source of energy on which we now depend that is dirty, polluting, vulnerable, going to be in short supply, very expensive, and connected to national security concerns to a new source of energy that is based on fuel that is free forever.”

“In the last 100 years, we have quadrupled the number of people on the Earth, and that increase will continue through 2050—halfway through this century—when it’s expected to stabilize just above 9 billion.”

Born in Washington, D.C., Albert Arnold Gore, Jr. had a political life from day one. His father was a member of the U.S. House of Representatives and the Senate, and his mother was one of the first women to graduate from Vanderbilt Law School. Gore spent half his childhood in a hotel room in the nation’s capitol during the school year, and the other half on his family’s Tennessee farm during the summer. He went on to attend Harvard, where he wrote his thesis on “The Impact of Television on the Conduct of the Presidency, 1947-1969” and roomed with actor Tommy Lee Jones.

In 1988, Gore won five southern states in a bid for the Democratic nomination on Super Tuesday, but eventually lost to Michael Dukakis. He later became Bill Clinton’s running mate and, eventually, the Vice President of the United States. In 2000, he successfully achieved the Democratic presidential nomination, but ultimately lost the election to George W. Bush. In the years that followed, Gore focused much of his energy on highlighting climate change and won the Nobel Prize for his environmental activism. His best selling books include Earth in the Balance, An Inconvenient Truth, The Assault on Reason, Our Choice: A Plan to Solve the Climate Crisis, and The Future: Six Drivers of Global Change.