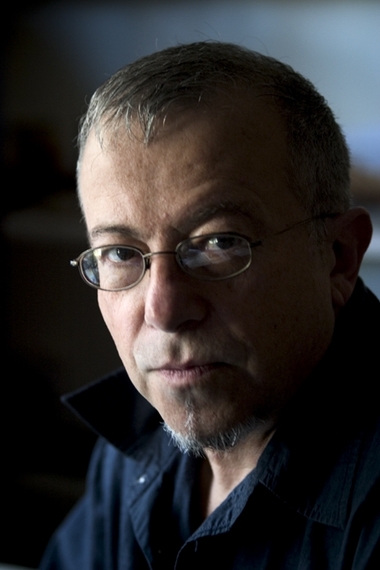 Reading a poem he wrote in honor of Portland’s Lovejoy Columns, Andrei Codrescu discusses poetry, art, and unhappiness with humor and frankness.

In this episode of The Archive Project, Andrei Codrescu shares an epic poem he wrote in honor of Portland’s Lovejoy Columns, which once supported the now demolished Lovejoy Ramp at the Pearl District entrance to the Broadway Bridge. The columns themselves were sparred from demolition by the efforts of the architectural group Rigga, who are introduced at the beginning of Codrescu’s lecture. Following his reading, Codrescu answers questions from the audience about his thoughts on the past and future of Portland, art, and poets—among other topics—weaving his trademark dry humor and frankness throughout his discussion.

I don’t like things, you know? I am sort of intrigued by them…That’s the most you can do with the world is find it interesting—if you like it, you’re doomed.”

“The danger of it…is that it doesn’t leave room for the unpredictable. You can plan too far ahead and you take all of the shadows out and then it becomes very, very boring—you know, like all Utopias. Nobody really wants to live in paradise.”

“That’s why I think every city bureaucratic should be doubled by a poet. Or they should live with a poet, or you know, keep a poet as a pet. Poet is just pet with an o.”

“We need to be saved from our own arrogance in a certain way and the fact that we feel so good. Because feeling good is not great. Feeling good leads to fascism, you know? When people feel really good they want to march somewhere and beat people up—that’s fascism. It’s good to be a little sick. It makes you sensitive and it gives you empathy. So, I mean, an excess of health is what we really need to be saved from.”

“I have always found if you slide a little French word in your title, things sound better.”

Born in Romania, Andrei Codrescu emigrated to the United States in 1966. His first book of poetry, License to Carry a Gun, won the 1970 Big Table Poetry award. In 1983, he founded Exquisite Corpse: a Journal of Books & Ideas and became a regular commentator for NPR’s All Things Considered. In 1989, he returned to Romania to cover the fall of the Ceausescu regime for NPR and ABC News. From this experience, he wrote The Hole in the Flag: an Exile’s Story of Return and Revolution. Codrescu is the author of over forty books, including The Posthuman Dada Guide: Tzara and Lenin Play Chess, Jealous Witness, and Whatever Gets You Through the Night. He is also a screenwriter and received the Peabody award for his film Road Scholar, which he also starred in. He has taught literature and poetry at Johns Hopkins University, University of Baltimore, and Louisiana State University, where he was MacCurdy Distinguished Professor of English.