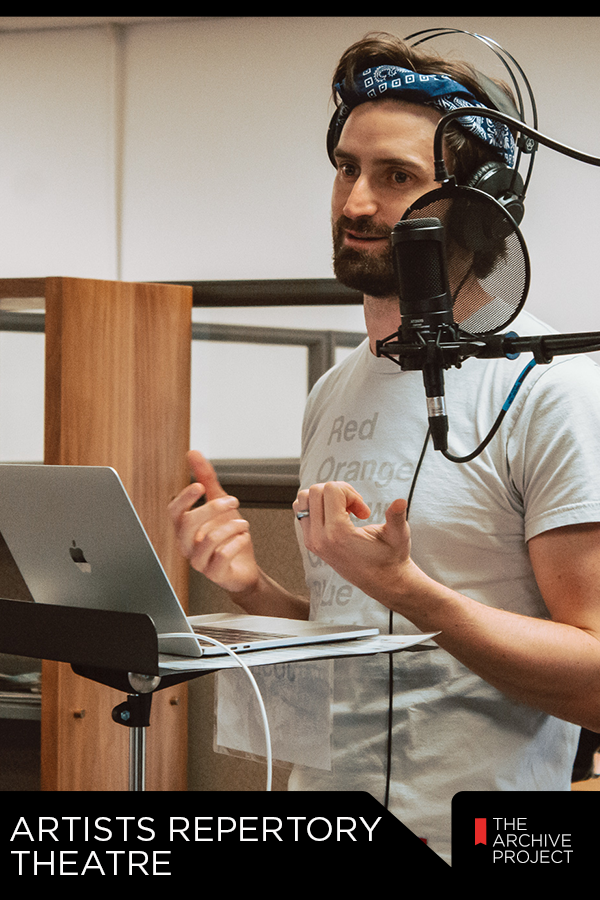 A special collaboration episode looking back on a year of Portland-based Artists Repertory Theatre’s innovative programming through the COVID-19 pandemic.

Artists Repertory Theatre (also known as Artists Rep or ART) is the oldest running theatre company in Portland, Oregon. Founded in 1982, Artists Rep is in its 39th year of making intimate, provocative theatre. As is true for most organizations and businesses, Artists Rep was hit hard by the COVID-19 pandemic. They had to shutter its regularly scheduled performances and pivot to alternative programming, including audio dramas, video, and film projects. Through interviews and clips, this special collaboration episode of The Archive Project highlights three such projects: Magellanica, Forget Me Not America, and See Me. These projects shine a light on Artists Rep’s innovative creativity, resilience, and their commitment to centering artists first.

Kisha Jarrett is the Managing Director at Artists Repertory Theatre in Portland, Oregon. She is a creative change-maker with a background in marketing and development throughout her ten-year career in Arts Management that has helped raise over $50 million dollars for various organizations and has a cumulative earned revenue of over $5 million. A Virginia native, she has lived all over the country but now calls Portland home. Kisha is also a writer, director, producer, actor, musician, and storyteller. Currently, she is working on her second feature-length screenplay, pre-production for a feature-length documentary (Black Girl in the Woods, documenting a hike-thru of the Pacific Northwest Trail) and an educational piece for the Oregon Bar Association (about the four black suffragettes in Oregon who deserve to have their stories told), post-production on the first devised DNA:Oxygen short film (See Me), and writing her first novel. Kisha is proud to be a co-founder of the DNA: Oxygen program at ART.

Shawn Lee recently co-directed the short film Better Maybe in Mercury Company I. Additional directing credits include Small Mouth Sounds and American Hero by Bess Wohl. In 2017, he directed Christopher Chen’s Caught, which was a multi-media theatre/art installation and collaboration with Portland visual artist, Horatio Law. He directed and co-produced the international tour of E. M. Lewis’ The Gun Show, starring Artists Rep Resident Artist, Vin Shambry, which premiered in CoHo Productions’ 21st season. After a sold out run, The Gun Show was remounted at Artists Rep before touring to the Logan Festival of Solo Performance at 1st Stage in Virginia, the 2017 Edinburgh Fringe Festival in Scotland, Portland Public Schools, and Willamette University. Shawn is the Producing Director at Artists Rep and is now in his sixth season. In 2001, he co-founded the Furious Theatre Company in Los Angeles where he served as co-Artistic Director before moving to Portland in 2014.

E. M. Lewis is an award-winning playwright, teacher, and opera librettist. Her work has been produced around the world, and published by Samuel French. Lewis received the Steinberg Award for both How the Light Gets In and Song of Extinction, and the Primus Prize for Heads from the American Theater Critics Association, the Ted Schmitt Award from the Los Angeles Drama Critics Circle for outstanding writing of a world premiere play, a Hodder Fellowship from Princeton University, a playwriting fellowship from the New Jersey State Arts Commission, the 2016 Oregon Literary Fellowship in Drama, and an Edgerton Award for her epic Antarctic play Magellanica.

Dawn Jones Redstone is an award-winning queer, Latinx writer/director whose films have screened around the globe. Her work often features women of color and explores themes of resistance, feminism and the internal machinations that help us transform into the people we want to become. She was named a Woman of Vision by Oregon Daily Journal of Commerce and has been awarded grants from the Regional Arts and Culture Council, Northwest Film Center and MRG Foundation and more. In 2017, she was selected to shadow director Debra Granik on the set of Leave No Trace as part of the 5to50 program in Oregon. She believes in using her writing/hiring decisions to lift people up and help create a filmmaking community that reflects and brings needed perspective to the world we live in. She is preparing to make her first feature film.

Dámaso Rodríguez is in his eighth season as Artistic Director of Artists Repertory Theatre, Portland’s longest-running professional theatre company, which became a member of the League of Resident Theatres (LORT) under his leadership. Plays developed during his tenure have been produced in New York, Chicago, London, and throughout the U.S. Acclaim for Artists Rep developed projects includes the Dramatists Guild Foundation Award, the Edgerton New Play Award, NEA Funding, American Theatre Magazine’s Most Produced Plays list, and coverage in the New Yorker and The New York Times.

Currently living in Portland, Josie Seid is a resident artist with Artists Repertory Theater. She’s an international creator of theater arts, who moves in several circles.  As proud member of the LineStorm Play Writes Collective, she is the author of Petite Dames, which was nominated for the Kilroy list in 2015 and was recently workshopped at Lewis and Clark’s Ray Warren Symposium on Race and Revolutionary Struggle. Other works include but are not limited to: Path of Glory, The Great God of the Dark Storm Cloud, Jordan’s Wisdom, Overdue, Stand by Me, and This is Message Number 13. Her short play, A Wing and a Prayer was recently featured in the nationwide Play At Home project. As an actor and musical theater performer, she’s been seen in shows on Portland area stages such as: An Octoroon with Artists Repertory Theater, Men on Boats with Third Rail, and Into the Woods with Broadway Rose. She is also an international arts envoy who as performed in Cairo and Alexandria, Egypt. Josie has also directed productions in Portland to include two world premieres: Hazardous Beauty with PassinArt and A Dark Sky Full of Stars with Vertigo. Her most recent film, Forget Me Not, America, in association with the ART Mercury company has taken Josie to new creative places and she is excited to imagine what’s next!