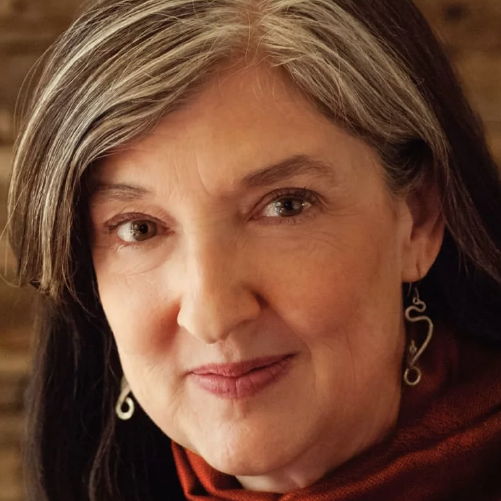 Barbara Kingsolver, author of bestselling the novel The Poisonwood Bible and Animal Dreams, discusses her then most recent novel Flight Behavior as well as her career up to that point.

This episode of The Archive Project features bestselling novelist, poet, and essayist Barbara Kingsolver discussing her then most recent novel Flight Behavior. The novel is a heady exploration of climate change, along with media exploitation and political opportunism that lie at the root of what may be our most urgent modern dilemma. Set in Appalachia, a region to which Kingsolver has returned often in both her acclaimed fiction and nonfiction, its suspenseful narrative traces the unforeseen impact of global concerns on the ordinary citizens of a rural community. As environmental, economic, and political issues converge, the residents of Feathertown, Tennessee, are forced to come to terms with their changing place in the larger world. [Book description courtesy of Kingsolver.com]

Kingsolver is writer who has never shied away from the political, who embraces the inherent presence of the political in all artistic creation. In this interview, Kingsolver discusses her belief in the power of art for change and the distinctly American myth of apolitical art.

Barbara Kingsolver is the author of nine bestselling works of fiction, including the novels, Flight Behavior, The Lacuna, The Poisonwood Bible, Animal Dreams, and The Bean Trees, as well as books of poetry, essays, and creative nonfiction. Her work of narrative nonfiction is the enormously influential bestseller Animal, Vegetable, Miracle: A Year of Food Life. Kingsolver’s work has been translated into more than twenty languages and has earned literary awards and a devoted readership at home and abroad. She was awarded the National Humanities Medal, our country’s highest honor for service through the arts, as well as the prestigious Dayton Literary Peace Prize for her body of work. She lives with her family on a farm in southern Appalachia. [Bio courtesy of HarperCollins]