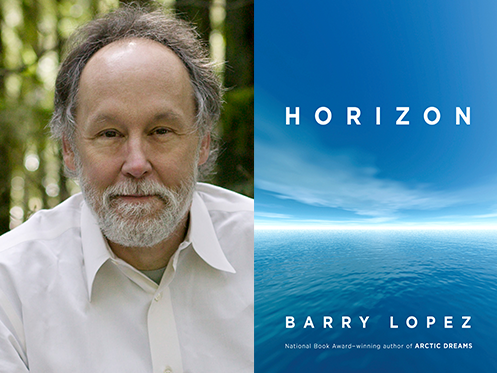 In this episode, we hear one of Oregon’s most celebrated authors, Barry Lopez, discuss his latest book of nonfiction called Horizon with Andrew Proctor, Executive Director of Literary Arts. The two discuss the themes behind his book, including the environmental crisis at hand. Pulling from 30 years of lived experience, Horizon defies category. It is not merely travel, science, or nature writing. It is not only a memoir, or a book of natural history. Within the book’s nearly 600 pages, Lopez explores the six regions of the world: from Western Oregon to the High Arctic; from the Galápagos to the Kenyan desert; from Botany Bay in Australia to the ice shelves of Antarctica. As he takes us on these myriad travels, Lopez probes the long history of humanity’s quests and explorations. This work challenges Lopez to answer his own question: “Having seen so many parts of the world, what had I learned about human menace, human triumph, and human failure?” Lopez reads passages from the book while also weaving anecdotes about his decades of fieldwork. He leaves us with an urgent call to take ownership of the health and the future of our world and its inhabitants.