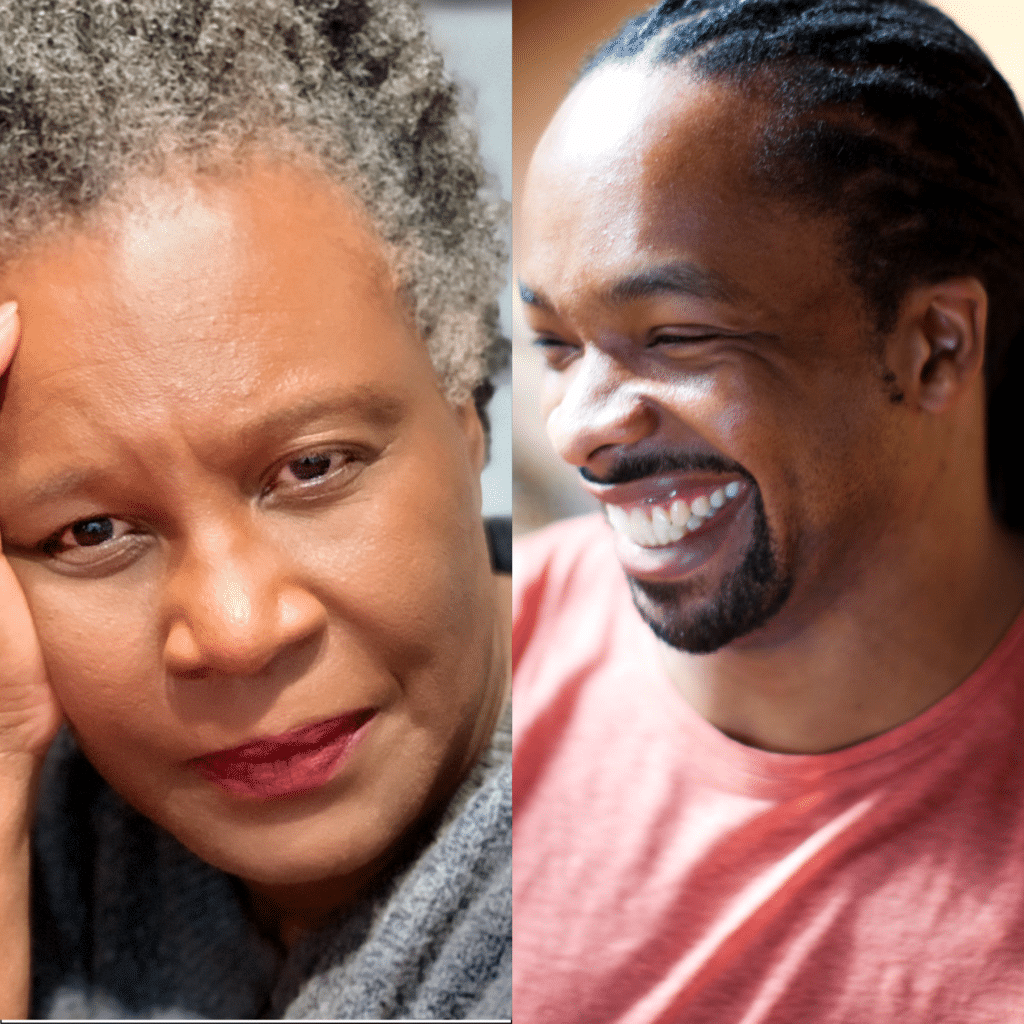 Claudia Rankine discusses her latest collection, Just Us, with Jericho Brown in this conversation from the 2020 Portland Book Festival.

This episode features award-winning poet and playwright Claudia Rankine in conversation with Jericho Brown at the 2020 Portland Book Festival. This event was presented by West x Midwest, a collaboration between Black Mountain Institute, The Loft’s Wordplay, the Wisconsin Book Festival, and Literary Arts.

Claudia Rankine joined us at the Portland Book Festival to talk about her latest collection Just Us: An American Conversation. The book completes a trilogy that includes Don’t Let Me Be Lonely and Citizen. These books speak to the painful mechanics of race in this country and invite us to discover what it takes to build better futures. They also defy categorization—they are arrangements of essays, poems, and images—by disrupting our expectations, throwing new light on a subject as old as the country itself. Each a bestseller, the experimental collections of this trilogy have established Rankine as one of the leading thinkers about race in America.

“What happens when we actually start talking? Our differences will create a broadening in our ability to become intimate with each other.”

Claudia Rankine is a poet, essayist, and playwright. Just Us completes her groundbreaking trilogy, following Don’t Let Me Be Lonely and Citizen, which was a New York Times bestseller and winner of the National Book Critics Circle Award in Poetry, the Los Angeles Times Book Prize, the Forward Prize, the PEN Open Book Award, and the Hurston/Wright Legacy Award. Rankine is the author of The White Card, a play; three previous books of poetry, Nothing in Nature Is Private, The End of the Alphabet, and Plot; and coeditor of the anthology The Racial Imaginary: Writers on Race in the Life of the Mind. In 2016, Rankine cofounded the Racial Imaginary Institute (TRII), “committed to the activation of interdisciplinary work and a democratized exploration of race in our lives.” She is a MacArthur Fellow and the Frederick Iseman Professor of Poetry at Yale.

Jericho Brown is author of the The Tradition, for which he won the Pulitzer Prize. He is the recipient of fellowships from the Guggenheim Foundation, the Radcliffe Institute for Advanced Study at Harvard, and the National Endowment for the Arts, and he is the winner of the Whiting Award. Brown’s first book, Please, won the American Book Award. His second book, The New Testament, won the Anisfield-Wolf Book Award. His third collection, The Tradition won the Paterson Poetry Prize and was a finalist for the National Book Award and the National Book Critics Circle Award. His poems have appeared in The Bennington Review, Buzzfeed, Fence, jubilat, The New Republic, The New York Times, The New Yorker, The Paris Review, TIME magazine, and several volumes of The Best American Poetry. He is poetry editor at The Believer magazine and the director of the Creative Writing Program and a professor at Emory University.