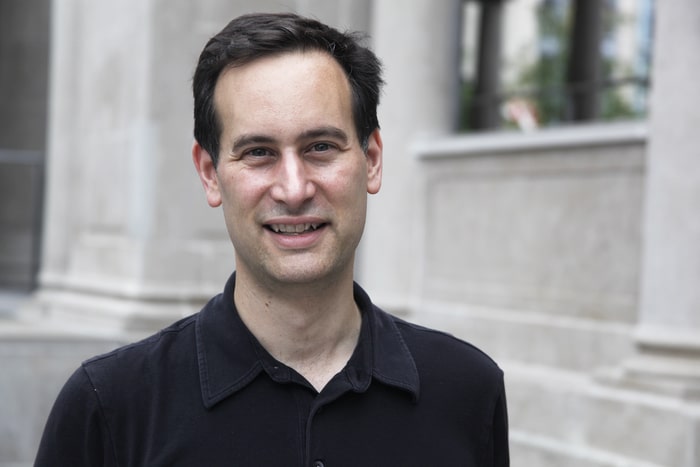 In “The Other Side of the Story: Fantastic Sequels (YA),” David Levithan, Michelle Tea, and William Ritter discuss the follow-up stories to their best-selling books.

In Another Day, best-selling author David Levithan tells the story from the side of Every Day’s Rhiannon as she seeks to discover the truth about love and how it can change you. Girl at the Bottom of the Sea, Michelle Tea’s sequel to Mermaid in Chelsea Creek, finds our hero Sophie traveling from Massachusetts to Poland with her unlikely guardian, the mermaid Syrena. And in Beastly Bones, the follow-up book to the acclaimed Jackaby, William Ritter tells of a supernatural investigation from the perspective of Abigail Rook, R.F. Jackaby’s assistant. Alison Clement, author of Twenty Questions, moderates this panel.

“It is a really sweet feeling to create characters and then get to keep returning to them.” – Michelle Tea, on writing a sequel or series

“You may deploy this amazing metaphor [in your manuscript], and you’re like, ‘Wow! I’ve seen everything in a new light because of this amazing articulation that is so brilliant.’ And then when you’re revising, you’re like, ‘There is no way this character would ever have thought that.’ And so you have to kill your darling.” – David Levithan, on character and voice

David Levithan is the author of numerous books for young adults, including Boy Meets Boy, the Lambda Literary Award winner Two Boys Kissing, and Nick & Norah’s Infinite Playlist, which was adapted into a film starring Michael Cera. Levithan is an editorial director at Scholastic and the founding editor of its PUSH imprint, which is devoted to finding new voices and new authors in teen literature. He lives in Hoboken, New Jersey.

Michelle Tea is an author, poet, and literary arts organizer whose work often explores queer culture, feminism, race, class, and prostitution, among other topics. Her award-winning memoir, Valencia, was adapted into a feature length film shot by 21 independent filmmakers as a collaborative film-arts project. Tea is the founder of the literary nonprofit RADAR Productions and the co-founder of the infamous spoke word tour, Sister Spit. She lives in San Francisco.

William Ritter is the author of two Young Adult novels, Jackaby and its sequel, Beastly Bones. He is a graduate of the University of Oregon and currently teaches high school language arts and mythology. When reading aloud, he always does the voices. He lives in Springfield, Oregon.

The moderator of this panel is Alison Clement. She is the author of Pretty is As Pretty Does and Twenty Questions, which won the Ken Kesey Award for Fiction through the Oregon Book Awards in 2007. Before earning her Master’s Degree, Clement had dropped out of college after reading Ivan Illich’s Deschooling Society and worked a variety of jobs, including selling underground newspapers in Madison, Wisconsin; managing an occult bookstore in Normal, Illinois; and panhandling in San Francisco. She now teaches composition at a small, rural community college in Oregon.