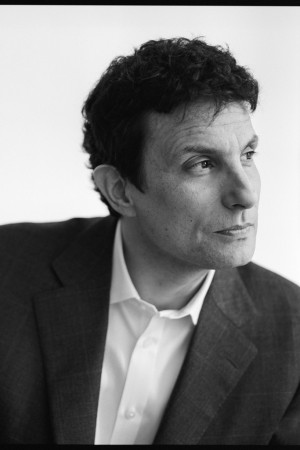 David Remnick, Editor of The New Yorker, shares humorous personal stories from his his career in journalism.

With his trademark wit and humor, David Remnick shares personal stories from his career in journalism and talks about other editors and authors whom he has admired. He begins by recounting how he landed his first job at The Washington Post (narrowly dodging a placement that might have had him working in Everett, WA). He then expands on his time spent working for The Washington Post in Moscow in the late-1980s to early-1990s, where he was paid to uncover Soviet secrets, reported on the 1991 coup d’état attempt, and was often tailed by members of the KGB. Throughout the lecture, Remnick reads from his own work, and the work of others, and talks about people who have influenced his career and writing, including former Executive Editor of The Washington Post, Ben Bradlee, journalist Murray Kempton, and numerous Soviet authors.

“What’s been my goal all along, and I think the goal of a lot of nonfiction writers, is to meld the techniques of the conventional novel to the demands and rigor of reporting. It’s not easy to do.”

“Something that’s very important in life is luck. I was extremely lucky to get [my first job].”

David Remnick is an American journalist, writer, and magazine editor. He won a Pulitzer Prize in 1994 for his book Lenin’s Tomb: The Last Days of the Soviet Empire. Remnick has been editor of The New Yorker magazine since 1998. He was named Editor of the Year by Advertising Age in 2000. Before joining The New Yorker, Remnick was a reporter and the Moscow correspondent for The Washington Post. He also has served on the New York Public Library board of trustees. In 2010 he published his sixth book, The Bridge: The Life and Rise of Barack Obama.