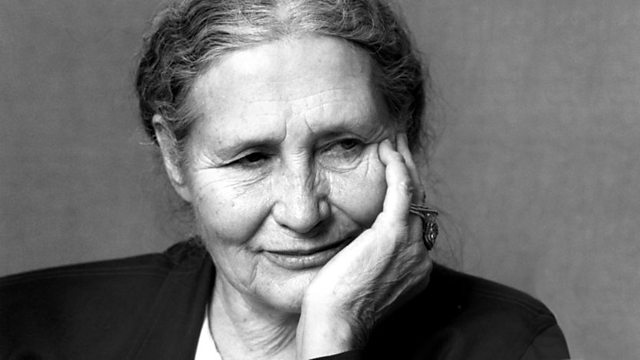 Doris Lessing discusses “the machinery of the literary scene,” that lies beyond the romanticization of publishing.

In this episode of The Archive Project, Doris Lessing discusses “the machinery of the literary scene,” going beyond the romanticization of publishing to the nuts and bolts of how it all works. She delves into the shift from small, family-owned publishers to gigantic corporations; the intense, almost indescribable partnership between an author and an editor; and the various adaptations to the lifestyle of a writer that have led to the state of publishing today.

“One has to remind [publishers] that what authors need is quiet—all writers need to be quiet; that we need in fact to be rather bored, we need to be unstimulated. We spend large quantities of our time alone, solitary, slopping about somewhere, probably in a dressing gown. This is what we need. This is the last thing that publishers these days are interested in.”

Doris Lessing was born in Persia (now Iran) in 1919 to British parents. Enticed by the promise of the riches to come from maize farming, the family moved to Southern Rhodesia (now Zimbabwe) in 1925. Lessing described her childhood as an uneven mixture of some pleasure and much pain, once commenting that unhappy childhoods seem to produce fiction writers. Lessing broke into popular consciousness with her second novel, The Golden Notebook, a narrative that delved into the multidimensional lives of contemporary women in a dynamic new way. Over the course of her writing career, Lessing went on to publish more than 55 works of fiction, nonfiction, and poetry. In 2007, at the age of 88, she became the oldest recipient of the Nobel Prize for Literature, and published her final book, Alfred and Emily, in 2008. Lessing died in 2013, at the age of 94.

“I must tell you of course that there is no such thing as a villain—there are no villains in this scene. It started in the 1950s with this meanness of the publishers about advertising and, as I said, coincided with this hungry media and has grown to where it is now. And you can’t say that it is anyone’s fault, it just happened.”