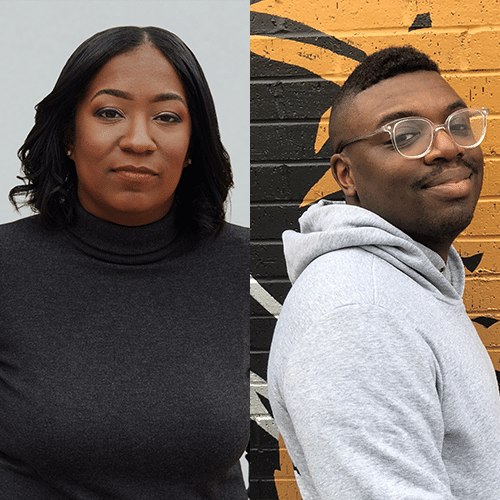 In this episode, we feature a conversation with Brit Bennett and Bryan Washington, moderated by Jennifer Baker, at the Portland Book Festival in November 2020.

In the New York Times best-selling The Vanishing Half, Brit Bennett weaves together multiple strands and generations of a family, from the Deep South to California, from the 1950s to the 1990’s. It’s a story that considers the lasting influence of the past as it shares her character’s decisions, desires, and expectations. In Bryan Washington’s Memorial, Mike and Benson are young men whose world is turned inside out as they find themselves living apart and forced to discover their own truths.

Jennifer Baker guides the conversation both into questions of craft—such as how and why these writers created novels with multiple narrators and just how much of their books are discovered in the writing—and she into the central themes of both these books: race, love, family, inheritance, choice, consequence, and how the dynamics of relationships are shaped by them.

“That was the sort of book that I wanted to write: Where characters are free to make mistakes, but also free to attempt to come back together to one another. It comes back to the idea for me that every character should have the capacity to love.” – Bryan Washington

Born and raised in Southern California, Brit Bennett graduated from Stanford University and later earned her MFA in fiction at the University of Michigan, where she won a Hopwood Award in Graduate Short Fiction. In 2014, she received the Hurston/Wright Award for College Writers. She is a National Book Foundation 5 Under 35 honoree, and her debut novel The Mothers was a New York Times bestseller. Her second novel The Vanishing Half was an instant #1 New York Times bestseller. Her essays have been featured in The New Yorker, the New York Times Magazine, The Paris Review, and Jezebel.

Bryan Washington is a National Book Award 5 Under 35 honoree, and winner of the Dylan Thomas Prize and the Ernest J. Gaines Award for Literary Excellence. His first book, the story collection Lot, was a finalist for the NBCC’s John Leonard Prize, the PEN/Robert W. Bingham Prize, the Aspen Words Literary Prize, and the New York Public Library Young Lions Fiction Award. Lot was a New York Times Notable Book, one of Dwight Garner’s top ten books of the year, and on best-of-the-year lists from Time, NPR, Vanity Fair, BuzzFeed, and many more. Washington’s debut novel is Memorial. He has written for The New Yorker, The New York Times, The New York Times Magazine, BuzzFeed, Vulture, The Paris Review, McSweeney’s Quarterly, Tin House, One Story, Bon Appétit, GQ, The Awl, and Catapult. He lives in Houston.

Jennifer Baker is a publishing professional, creator/host of the Minorities in Publishing podcast, and contributing editor to Electric Literature. Jennifer is also the editor of the all PoC-short story anthology Everyday People: The Color of Life. Her fiction, nonfiction, and criticism has appeared in various print and online publications.