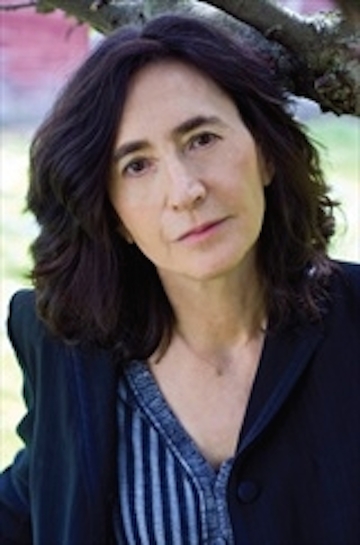 Francine Prose is the author of 20 works of fiction. Her 2000 novel, Blue Angel, was a finalist for the National Book Award, and her 2005 novel, A Changed Man, won the Dayton Literary Peace Prize. Her most recent works of nonfiction include the highly acclaimed Anne Frank: The Book, The Life, The Afterlife and the New York Times bestseller, Reading Like a Writer.

Francine Prose begins by discussing the differences and similarities between writing fiction and nonfiction, which are not always what one might assume. She finds that both require obsessive attention to detail and clarity. Reading from her novel in progress, A Changed Man, she remarks that she has “about three hundred more drafts before it’s done.” Using excerpts from several different books, Prose illustrates how language shapes character and how information is transmitted while maintaining storytelling in both genres. She teaches close reading to aspiring writers, comparing it to surgeons looking at an appendectomy, and tries to illustrate how to transmit information through showing instead of telling. With humor and great insight, Prose touches on revisions, the sources of ideas, and teaching writing.

“I knew that [my student Elissa Schappell] was going to be a real writer; she gave me a story and she called me up that evening and said, ‘I need it back.’ And I said, ‘Well, I started reading it and it seems perfectly fine.’ And she said, ‘There are five typos in it and I can’t stand to think you’re reading a story with typos in it.’ And I knew she was the real thing.”

Prose is the recipient of numerous grants and honors, including a Guggenheim and a Fulbright. A Director’s Fellow at the Dorothy and Lewis B. Cullman Center for Scholars and Writers at the New York Public Library, Prose is a former president of PEN American Center and a member of the American Academy of Arts and Letters and the American Academy of Arts and Sciences. She lives in New York City.

“I can remember being in college and being taught Moby Dick for the first time and having a professor say, essentially, y’know, ‘Melville was looking for a way to talk about the struggle between good and evil, and he was looking for a symbol of evil, and he thought, “Oh, I know, the White Whale.”’ Well, once I started writing myself, I began to notice that it doesn’t actually work that way, that it seemed much more likely to me that Melville started out wanting to tell a story about a whale, and 50, 75 years later, somebody else came along and said, ‘Hmm, symbol of evil. That’s what it’s about.’”

“I’ve had writing classes where every student had a different personality disorder, and they were all kind of complimentary—they played off each other.”