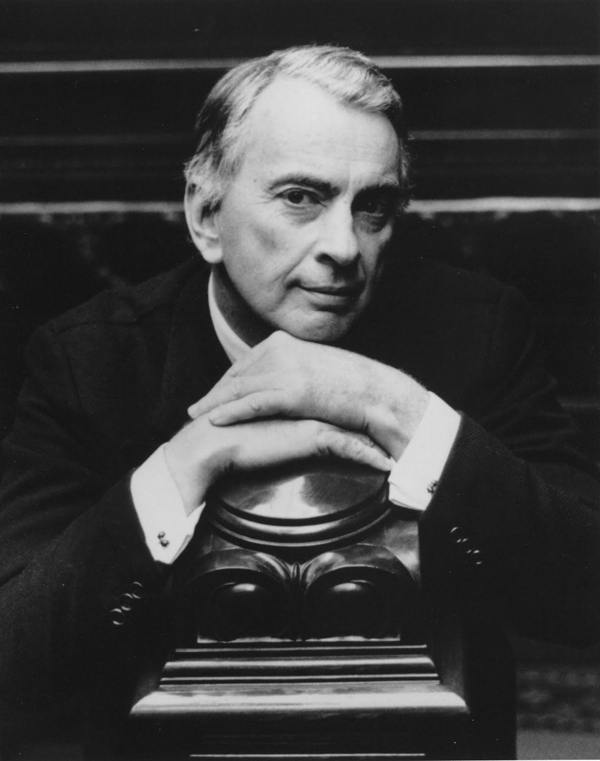 In an interview with Lauren Kessler, Gore Vidal frankly discusses political figures, history, and writing with his trademark patrician wit.

Gore Vidal is interviewed by Lauren Kessler, answering several questions about his political writings and the power of writers in America, specifically Mark Twain and Noam Chomsky. Vidal says he strongly dislikes systems, especially the press, whom he calls “part of the corporate ownership of the country.” He goes on to discuss his work, including a comparison of his novel, The Smithsonian Institution, and its fantasy elements to his historically accurate nonfiction books, Lincoln, Burr, and Julian. When asked about his writing process, Vidal compares it to sex, saying, “You need a lack of self-consciousness. You just do it.” He says he writes to find out what will happen next, claiming he was halfway through writing Myra Breckenridge before he realized Myra had been a man. An attentive audience can be heard laughing and applauding throughout the conversation.

“I think anyone with writer’s block should say, ‘Well, thank god, I don’t have to do it. I’m not a writer.’ You’re condemned, really, to a kind of life of slavery. But I do it as naturally as I breathe.”

“Lack of self consciousness, I think, is the first thing a writer must learn. You just do it, you know. I’ve never done anything else.”

“To paraphrase John Quincy Adams: The United States is not designed to go forth and slay dragons in other lands. She could become Dictatress of the world, but we will have lost our soul.”

American writer Gore Vidal is known for many popular screenplays, plays, novels, and other literary works. He wrote and published more than 200 essays and 24 novels throughout his lifetime, and his career path included a venture into politics, a stint as a popular talk-show guest, and even running for political office. Among Vidal’s most famous works are his historical novels Julian (1964), Lincoln (1984), and the controversial social novel, Myra Breckinridge (1968). His political nonfiction, United States: Essays 1952-1992, won the National Book Award, and his memoir, Palimpsest (1995), was a bestseller. His screenplay for Ben-Hur (1959) won the Academy Award for Best Picture. Vidal died at his home in Hollywood, California, on July 31, 2012 from complications due to pneumonia. After his death, The New York Times described Vidal as “an Augustan figure who believed himself to be the last of a breed, and he was probably right. Few American writers have been more versatile or gotten more mileage from their talent.”