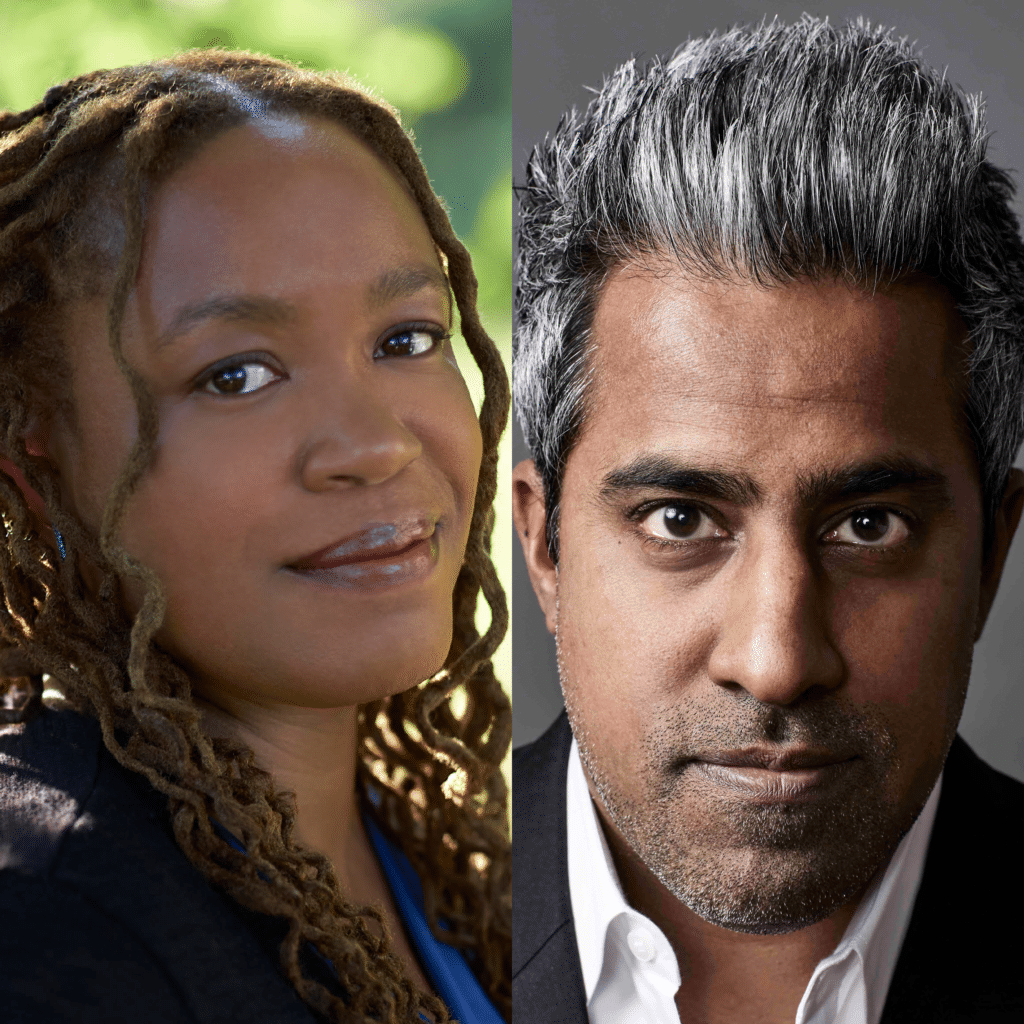 Heather McGhee discusses racial justice and her book The Sum of Us with Anand Giridharadas.

In this episode we feature a conversation with Heather McGhee. For nearly two decades, McGhee has been involved in the fight against inequality by designing and advocating for polices in the public and private sectors. She has advised presidential candidates and fortune 500 companies, testified in congress, and lead the think tank Demos which argued before the Supreme Court and helped pass pro-voter reforms in five states. In 2021 McGhee published her first book The Sum of Us: What Racism Costs Everyone and How We Can Prosper Together, which became an instant national bestseller.

In this conversation with author and journalist Anand Giridharadas, McGhee tells a social and political history of the 20th century in America that explains how and why we have arrived at this particular moment in the fight for social justice. Nothing that is happening now should be surprising in light of McGhee’s narrative. At the center of her argument is that racism hurts all of us, and is rooted in a zero-sum psychology in which one person’s gain is another’s loss. She points to alternative ways of community building in which collective contributions uplift all citizens, be that in health care, education, or civic life.

This event was originally presented by WestxMidwest, a collaboration between Black Mountain Institute, Literary Arts, The Loft’s Wordplay and the Wisconsin Book Festival.

“We can’t solve a problem without facing it and naming it.”

Heather McGhee is an expert in economic and social policy. The former president of the inequality-focused think tank Demos, McGhee has drafted legislation, testified before Congress and contributed regularly to news shows including NBC’s Meet the Press. She now chairs the board of Color of Change, the nation’s largest online racial justice organization. McGhee holds a BA in American studies from Yale University and a JD from the University of California at Berkeley School of Law.

Anand Giridharadas is the author of Winners Take All, The True American, and India Calling. He is an editor-at-large for TIME and was a foreign correspondent and columnist for The New York Times from 2005 to 2016. He has also written for The Atlantic, The New Republic, and The New Yorker. He is an on-air political analyst for MSNBC, a visiting scholar at the Arthur L. Carter Journalism Institute at New York University, and a former McKinsey analyst. He has spoken on the main stage of TED. Anand’s writing has been honored by the Society of Publishers in Asia, the Poynter Fellowship at Yale, the 800-CEO-READ Business Book of the Year award, Harvard University’s Outstanding Lifetime Achievement Award for Humanism in Culture, and the New York Public Library’s Helen Bernstein Award. He lives in Brooklyn, New York.