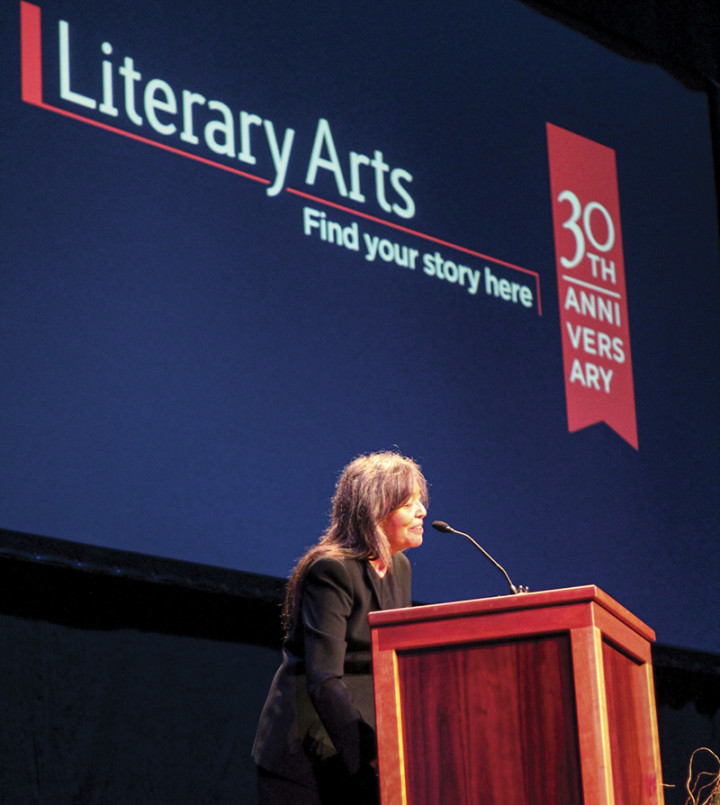 During her fifteen years serving as Executive Director of Literary Arts, Julie Mancini helped grow Portland Arts & Lectures into the largest lecture series in the nation.

Former Executive Director of Literary Arts Julie Mancini gives a speech about the early days of Literary Arts during our 30th birthday celebration on September 8, 2014. She shares memories from her fifteen-year career, including the ways in which she helped convince world-famous writers such as Joan Didion to visit Portland. Sharing feedback from visiting authors, Mancini chronicles how Portland Arts & Lectures grew to be the largest literary lecture series in the nation.

We begged writers to come here. It’s hard to imagine a time when writers and publishers didn’t care about Portland, Oregon.”

“We finally got Joan Didion and John Dunne to come because Calvin Trillin called them and said, ‘OK, go out there, I promise you. Stay at The Heathman and eat the salmon hash.’”

“Sometimes it worked best when people didn’t know who they were going to see. After a few years they started to trust us. That was the case when we presented Maya Angelou in the eighties. . .or Jane Smiley before she was a Pulitzer Prize winner.”