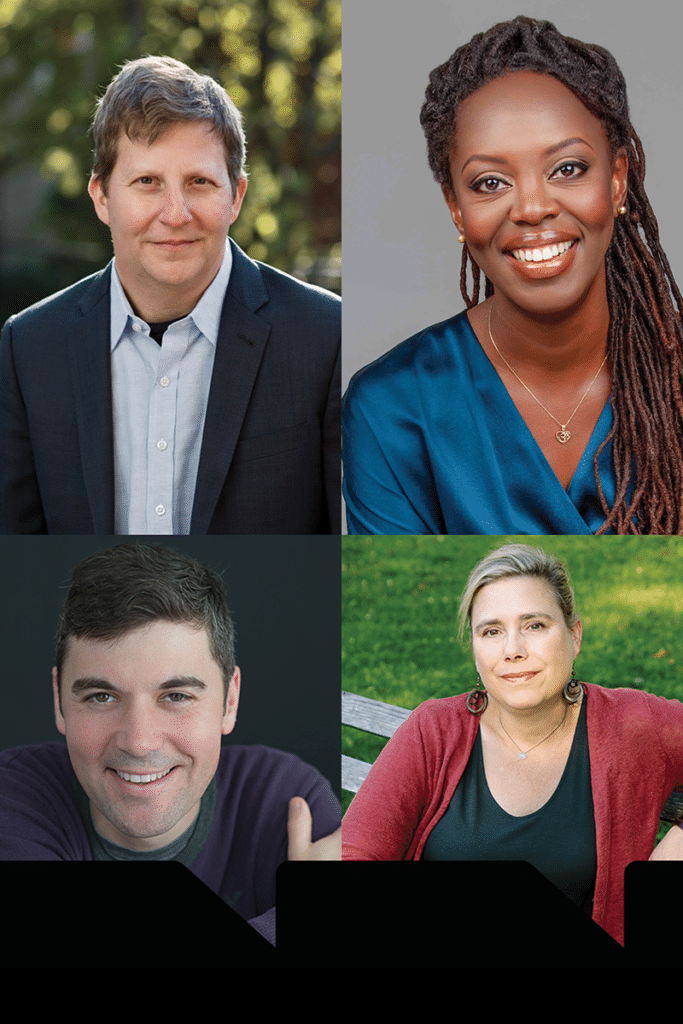 Two events from 2020 Portland Book Festival that explore mental and physical health, and how we look after each other when they’re compromised.

In this episode, we feature two conversations from the 2020 Portland Book Festival that both wrestle with the question of how we look after each other when mental and physical health have been compromised. What do we owe each other, and when do we walk away?

In the first segment of the show we feature Robert Kolker who joined us to talk about his new work of nonfiction Hidden Valley Road: Inside the Mind of An American Family. The book is the heartrending story of a midcentury American family, the Galvins, with twelve children, six of whom were diagnosed with schizophrenia. It is a story of immense trauma and also genuine hope. Kolker is in conversation with journalist Eli Saslow.

In the second segment of the show we feature Dr. Michele Harper who is the author of the New York Times best-selling memoir The Beauty in Breaking, about her experiences as a female, African American emergency room physician and her own journey to self-healing. Dr. Harper is in conversation with author Ruth Dickey, who has just this month (March 2021) been appointed the Director of the National Book Foundation.

Ruth E. Dickey is the Director of the National Book Foundation. Dickey has spent 25 years working at the intersection of community building, writing, and art. The recipient of a Mayor’s Arts Award from Washington DC, and an individual artist grant from the DC Commission and Arts and Humanities, Ruth’s poems and essays have been nominated for a Pushcart Prize and won three Larry Neal Writing Awards. She is the author of the chapbook, Paper Houses, Sky Ceilings (Pudding House Press 2006), and her work has appeared widely, including in Alimentum, The Baltimore Review, Cincinnati Review, Ocean State Review, The Potomac Review, and Sonora Review. Ruth holds an MFA in poetry from UNC-Greensboro, and a BS in Foreign Service and an MA in Latin American Studies from Georgetown University, and was a 2017 fellow with the National Arts Strategies Chief Executive Program.

Michele Harper has worked as an emergency room physician for more than a decade at various institutions, including as chief resident at Lincoln Hospital in the South Bronx and in the emergency department at the Veterans Affairs Medical Center in Philadelphia. She is a graduate of Harvard University and the Renaissance School of Medicine at Stony Brook University. The Beauty in Breaking is her first book.

Robert Kolker is the author of Hidden Valley Road, an instant #1 New York Times nonfiction best-seller and official selection of Oprah’s Book Club. His previous book, Lost Girls, was also a New York Times best-seller and one of the Times‘s 100 Notable Books of 2013, as well as one of Publisher’s Weekly’s Top Ten Books of the Year, one of Time’s best true crime books ever, and one of Slate’s best nonfiction books of the last 25 years. Kolker’s journalism has appeared in New York Magazine, The New York Times Magazine, Bloomberg Businessweek, Wired, GQ, O Magazine, and The Marshall Project. He is a National Magazine Award finalist and a recipient of the 2011 Harry Frank Guggenheim Award for Excellence in Criminal Justice Reporting from the John Jay College of Criminal Justice in New York.

Eli Saslow is a Washington Post staff writer and author of Ten Letters: The Stories Americans Tell Their President and Rising Out of Hatred: The Awakening of a Former White Nationalist. He won the Pulitzer Prize for Explanatory Reporting in 2014 and was a finalist for the Pulitzer Prize for Feature Writing in 2013, 2016 and 2017. He lives in Oregon with his wife and children.