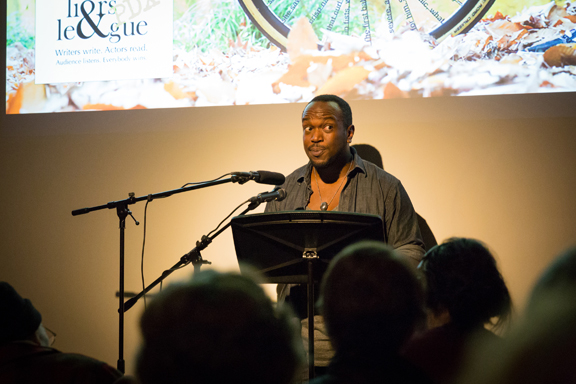 In this episode of The Archive Project, Liars’ League PDX presents stories on the theme “East & West.”

The Far East. Western Europe. America’s East Coast. The West Coast. Eastern Oregon. The Willamette Valley. Northeast Portland. Southwest Portland. Each of these brings to mind a distinct idea about lifestyles, political views, fashion trends, reading habits, pet preference, means of transportation—any and all elements of how we live, work, play, think and feel. But can all of that be summed up by a simple directional bearing? And does it create a defining line or a dividing line? Do we automatically fit into such elementary and oppositional stereotypes?

Keiji is a quiet man. He doesn’t like Hank. He finds his beard ridiculous, his clothing too relaxed, and his sleeve tattoos distracting. Hank is younger, 29, but carries himself with the kind of personal confidence that is found, in Keiji’s experience, in old men or drunks. Hank fills silences with questions and small talk. The trip into the parking garage gave them time to cover all of the clichés. The time difference. The flight. The connections. The little frustrations everyone endures in order to arrive on the other side of the world.” – Excerpt from “Infrastructure,” written by Liam Lund and performed by Jon Farley

“I’m really not judging. Had we stayed in the US, I bet I would be just like my old girlfriends. I would make innuendos over macchiatos, have a kick ass work wardrobe, quietly resent my husband and kids, and call it a day.” – Excerpt from “Number 58,” written by M.E. Bergstrom and performed by Barbara Kite

Aundré Barnes is a Portland native who has been involved with many local theater companies since the age of 15. Although he lives to hone his craft on stage, his love for film work constantly calls. Barnes is also a singer/songwriter and plays on his downtime.

E. Bergstrom has bribed her way out of a speeding ticket in Morocco, given a wedding speech in Shanghainese, and impersonated a firefighter in France. She has talked herself into a lot of excellent situations and is always on the lookout for more. She writes both fact and fiction in the Bay Area.

James Dixon is a local singer and actor originally from North Carolina. After nearly 10 years of travel to over 32 states and 7 countries, he decided to make Portland his home. He is an active member of a local classic plays focus group called The Asylum Lab. Most recently, he was the Earthworm in James and the Giant Peach with Oregon Children’s Theatre. Other past favorite credits includes Dalton/Horse Ensemble in Equus with Post5 Theatre and Newt Lee in Parade at Staged! Theater.

Jon Farley is an actor, clown and occasional aspiring aerialist. Portland audiences may have seen him as Bob in Faultline Ensemble’s Holding Onto the Sky, Humphrey in Imago’s Beaux Arts Club, Meera in Tooth of Crime: Second Dance or as Herod in For the Time Being. Film appearances include Portlandia, the indie features sLipPage and Let’s Bury the Hatchet (Deep in Your Face).

Liam Hogan is a London-based writer and host of Liars’ League London. He is the winner of the 2015 Quantum Shorts and Sci-Fest LA’s 2016 Roswell Award and has been published in the online magazine Daily Science Fiction and in more than a dozen anthologies.

Marc Janssen is alive somewhere. There is proof hidden on the internet and in print at such periodicals as The Rio Grande Review, Vine Leaves Literary Journal, Off the Coast, Cirque Journal and The Ottawa Arts Review, as well as in the anthologies Manifest West, Green is the Color of Winter and The Northern California Perspective. He also organizes the Salem Poetry Project, a weekly poetry reading in Salem, Oregon.

Barbara Kite graduated from the American Academy of Dramatic Art in New York City, receiving the prestigious Jehlinger Award for Best Actress. She has gone on to work as a professional actor, director, and acting coach in Toronto, New York and Portland for over 30 years. A short list of Barbara’s film and theatrical credits include All My Children, So the Story Goes, Under Suspicion, The Beau Stratagem, A Little Night Music, Icarus’s Mother and Trojan Women.

Liam Lund is a playwright, unpublished novelist, artist, and news junkie. Those are the things that bring him joy and frustration, but no money. He endures a day job that provides him money and frustration, but no joy. He is a member of the Shakespeare Liberation Army, a group that writes and performs educational Shakespeare plays in public schools.

Liars’ League was founded in London and has taken root in New York City, Hong Kong and Portland. The company is devoted to creative collaboration through showcasing great new writers and talented local performers. With a specific theme in mind for each show, Liars’ League calls upon writers to submit thought provoking and emotionally engaging short fiction, which a crew of actors then rehearses and performs in front of a live audience. To learn more about Liars’ League, visit https://www.liarsleaguepdx.com.