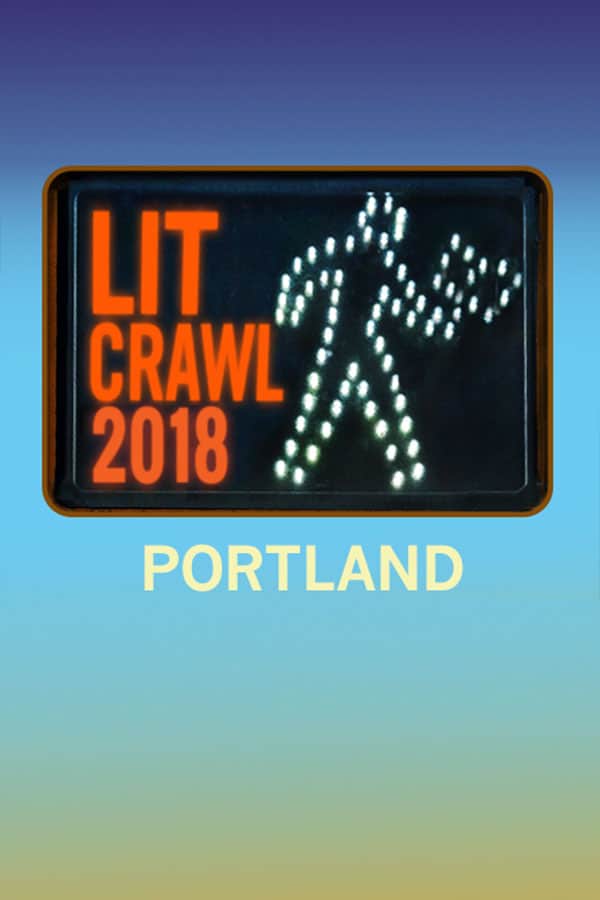 This special episode of The Archive Project is broken up into three sections, each corresponding to a single event during Lit Crawl Portland 2018. Lit Crawl is an eclectic mix of literary events staged in nontraditional locations. From poetry readings in bars to literary trivia and karaoke in hotel lobbies, Lit Crawl seeks to unite readers and writers in a single night jam-packed with literary fun. The first segment features a reading titled “Our Voices are a Bridge” cohosted by The Rumpus, VIDA, and YesYes Books, and showcases poets Nabila Lovelace, Sophia Shalmiyev, and Stacey Tran. In the second segment, “OPPOSSUM: A Literary Caberet!”, writer Benjamin Soileau performs with musician Dustin Spillman, followed by a reading from writer Erica Trabold accompanied by musician Adam Trabold. And in the final segment, tribal elder and poet Ed Edmo of the Shoshone-Bannock tribe formally and fully recognizes the Portland area’s indigenous people in this first-ever Land Acknowledgement for Lit Crawl Portland and Portland Book Festival. Edmo was joined in the reading by indigenous poets Laura Da’ of the Eastern Shawnee and Trevino L. Brings Plenty of the Lakota.

Trevino L. Brings Plenty is a poet and musician who lives, works, and writes in Portland, OR. He is singer/songwriter/guitarist for the musical ensemble Ballads of Larry Drake. Trevino is an American and Native American; a Lakota Indian born on the Cheyenne River Sioux Reservation, South Dakota, USA. His works include Wakpá Wanáǧi, Ghost River (2015); Real Indian Junk Jewelry (2012); Shedding Skins: Four Sioux Poets (2008).

Laura Da’ is a poet and teacher. A lifetime resident of the Pacific Northwest, Da’ studied creative writing at the University of Washington and the Institute of American Indian Arts. She is Eastern Shawnee. Her first book, Tributaries, was published by the University of Arizona Press and won a 2016 American Book Award. In 2015, Da’ was both a Made at Hugo House Fellow and a Jack Straw Fellow. Her newest book is Instruments of the True Measure. Da’ lives near Seattle with her husband and son.

Ed Edmo is a Shoshone-Bannock poet, playwright, performer, traditional storyteller, tour guide, and lecturer on Northwest tribal culture; and he served as a consultant to the Smithsonian Museum of the American Indian. He lives in Portland, Oregon with his family.

Nabila Lovelace is a born and raised Queens native, as well as a first generation American. Her work has been published or is forthcoming in Narrative Northeast, Washington Square Review, Day One, ESPNW, and Vinyl. She is co-founder of The Conversation Literary Festival. In her debut collection, Sons of Achilles, Nabila Lovelace attempts to examine the liminal space between violence and intimacy.

Sophia Shalmiyev emigrated from Leningrad to NYC in 1990. She is an MFA graduate of Portland State University with a second master’s degree in creative arts therapy from the School of Visual Arts. She lives in Portland with her two children. Mother Winter is her first book.

Benjamin Soileau is from south Louisiana. His fiction has appeared in Prairie Schooner, Colorado Review, Grist, Opossum, Louisiana Literature, Bayou, and many other journals. His story won the 2018 Rumble Fish Quarterly New Year’s Writing Contest, and was nominated for a Pushcart Prize. He stages homes in Olympia, Washington. Reach him at bsoile2@gmail.com.

Adam Trabold is a designer currently living in Oregon with his wife Erica and their two cats, Ewok & Coco (yes, their names fit their personalities). Adam is obsessed with human-centered design, and gets excited about new technology, great records, and storytelling. His spare time is spent writing music with his band Adelaide, playing with digital synthesizers and analog electronics, and with his wife exploring the West Coast.

Erica Trabold is a Nebraska-born essayist. Her lyric essays appear in The Rumpus, Passages North, The Collagist, South Dakota Review, Seneca Review, Essay Daily, and elsewhere. A graduate of Oregon State University’s MFA program and the University of Nebraska at Omaha, Erica writes and teaches in Portland, Oregon.

Stacey Tran is a writer from Portland, OR. She is the creator of Tender Table, a storytelling series about food, family, and identity. She is a member of She Who Has No Master(s), a collective of writers and artists of the Vietnamese diaspora. Her writing can be found in BOMB Magazine, The Brooklyn Rail, and diaCRITICS. She is the author of Soap for the Dogs (Gramma, 2018; Black Ocean, 2019). She currently lives in Providence, RI.