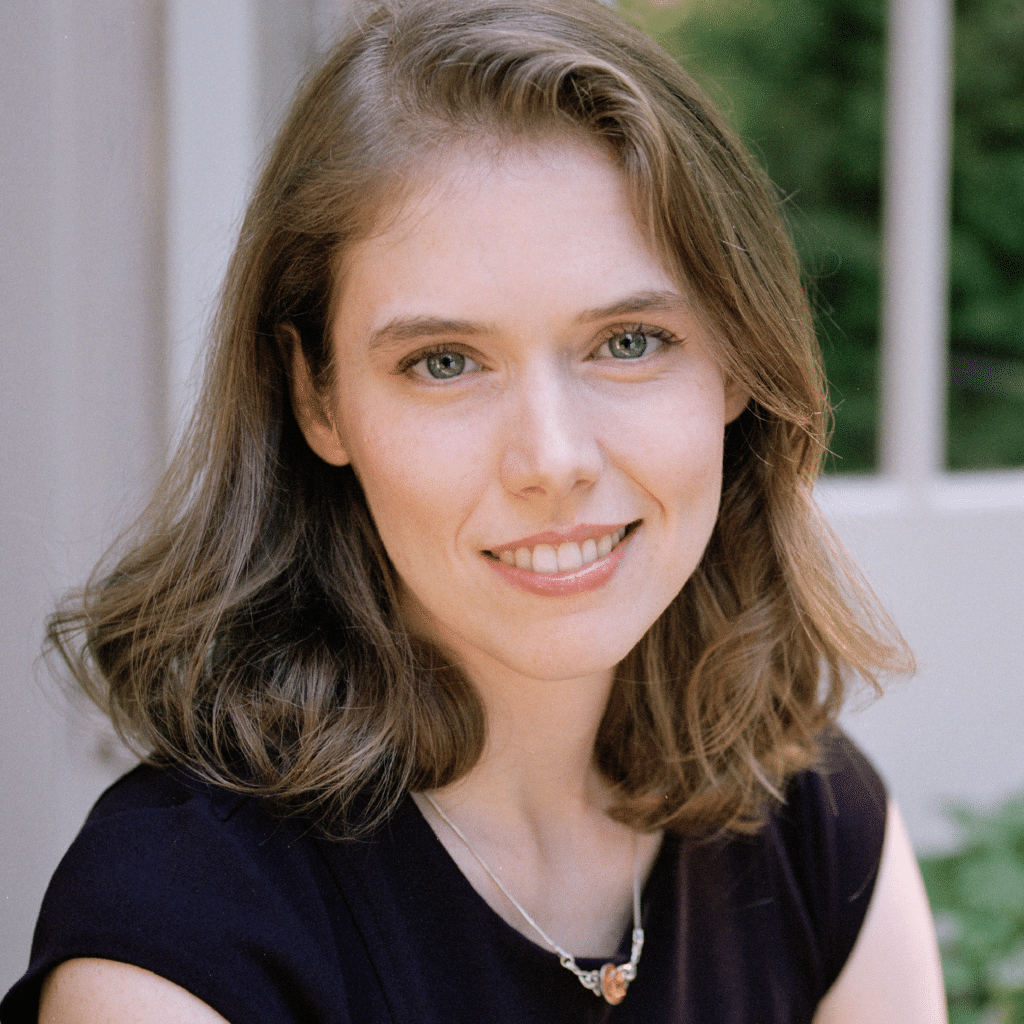 Novelist Madeline Miller speaks about Greek myths and how she approaches her retellings in this talk and interview with Omar El Akkad.

In this episode, we feature novelist Madeline Miller. When we hosted Miller in January 2021, she had not one but two books on the New York Times Best Seller list: The Song of Achilles and Circe. Both books are retellings, in novel form, of ancient Greek myths. But they are also more than simply retellings. Her books are the reinterpreting of myths that reveal new truths from these ancient stories.

Miller’s work matters because of the way it is iconoclastic. It’s easy to think that Greek myths, and their received interpretations, are immutable and fixed in the history of literature, but Miller reminds us that these stories have always had multiple versions depending on who is doing the telling and what agenda might be behind a particular version. She questions who is centered in the story and who is not, what details are left out and what is embellished. This notion that a storyteller makes choices is important to really understanding, as readers, the mechanics of all stories. Her work also speaks to the power of these Greek myths. For millennia, these myths have been retold, reinterpreted, and remain vibrant and relevant stories for each generation. You only need to look to the incredible popularity of Miller’s work for evidence of this today.

In the second part of the episode, Miller is joined in conversation by Oregon Book Award-winning writer Omar El Akkad.

Madeline Miller is the author of The Song of Achilles, which won the Orange Prize for Fiction 2012, was shortlisted for the Stonewall Writer of the Year 2012, and was translated into twenty-five languages, and Circe, which won the 2019 Indie Choice Award, was shortlisted for the Women’s Prize for Fiction, and was named on numerous Best Books of 2018 lists. Madeline holds an MA in Classics from Brown University, and she taught Latin, Greek and Shakespeare to high school students for over a decade. She has also studied at the University of Chicago’s Committee on Social Thought, and at Yale School of Drama, where she focused on the adaptation of classical texts to modern forms. Her essays have appeared in publications including the Guardian, Wall Street Journal, Lapham’s Quarterly and NPR.org. She lives outside Philadelphia.

Omar El Akkad is an author and a journalist. He has reported from Afghanistan, Guantánamo Bay, and many other locations around the world. His work earned Canada’s National Newspaper Award for Investigative Journalism and the Goff Penny Award for young journalists. His writing has appeared in The Guardian, Le Monde, Guernica, GQ, and many other newspapers and magazines. His debut novel, American War, is an international bestseller and has been translated into thirteen languages. It won the Pacific Northwest Booksellers Association Award, the Oregon Book Award for fiction, and the Kobo Emerging Writer Prize, and has been nominated for more than ten other awards. It was listed as one of the best books of the year by The New York Times, The Washington Post, GQ, NPR, and Esquire, and was selected by the BBC as one of 100 Novels That Shaped Our World.

“Part of what I wanted to do in writing these stories is I really wanted to strip away the part that sometimes makes people feel alienated. or that they feel is very elitist or not relevant. I wanted to make these novels the type of thing that have ‘goodies’ for the people who know these stories, but are really meant to invite everyone in.”