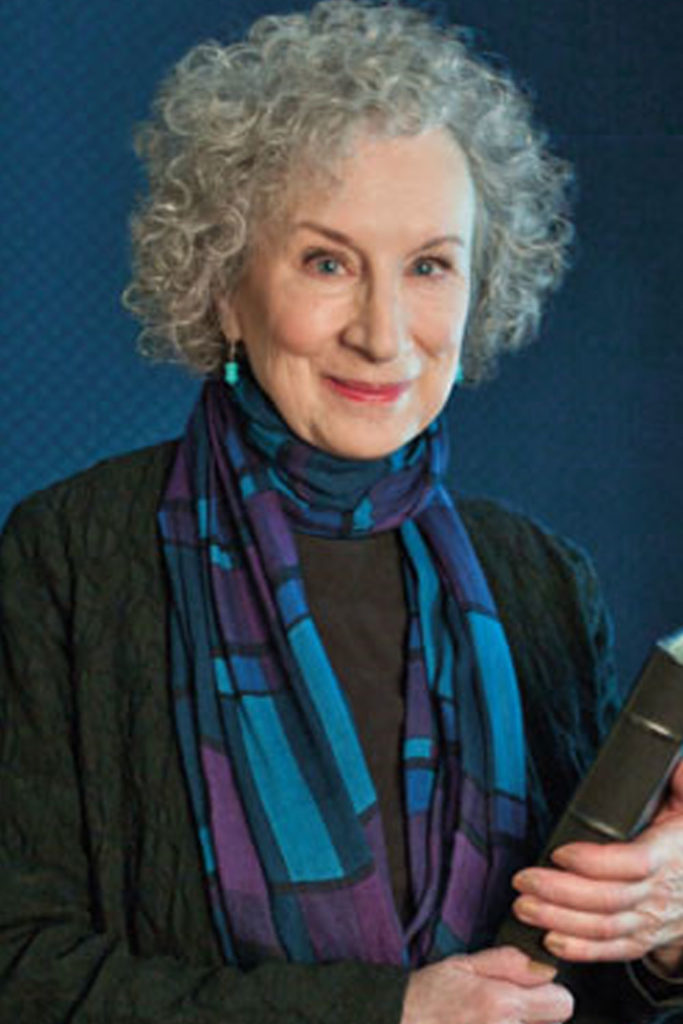 In this episode of The Archive Project, the legendary Margaret Atwood reads from two pieces of short fiction.

In this episode of The Archive Project, the legendary Margaret Atwood reads from two pieces of her short fiction. These works, which she reads publicly for the first time in Portland’s First Congregational Church, blend humor, empathy, and deep sentiment in ways that only Atwood can. With all her characteristic wit and humor, Atwood brings her work to life, finding levity in even the most difficult of subjects.

Margaret Atwood was born in 1939 in Ottawa, and grew up in northern Ontario and Quebec, and in Toronto. She received her undergraduate degree from Victoria College at the University of Toronto and her master’s degree from Radcliffe College. Atwood is the author of more than forty books of fiction, poetry, and critical essays. Her latest book of short stories is Stone Mattress: Nine Tales (2014).  Her MaddAddam trilogy—the Giller and Booker prize-nominated Oryx and Crake (2003), The Year of the Flood (2009), and MaddAddam (2013)—is currently being adapted for HBO. The Door is her latest volume of poetry (2007). Her most recent non-fiction books are Payback: Debt and the Shadow Side of Wealth (2008) and In Other Worlds: SF and the Human Imagination (2011). Her novels include The Blind Assassin, winner of the Booker Prize; Alias Grace, which won the Giller Prize in Canada and the Premio Mondello in Italy; and The Robber Bride, Cat’s Eye, The Handmaid’s Tale—now an Emmy-winning Hulu Original Series—and The Penelopiad. Her most recent work includes Hag-Seed (2016), a novel revisitation of Shakespeare’s play The Tempest, for the Hogarth Shakespeare Project, and Angel Catbird—with a cat-bird superhero—a graphic novel with co-creator Johnnie Christmas (Dark Horse, 2016). Margaret Atwood lives in Toronto with writer Graeme Gibson.