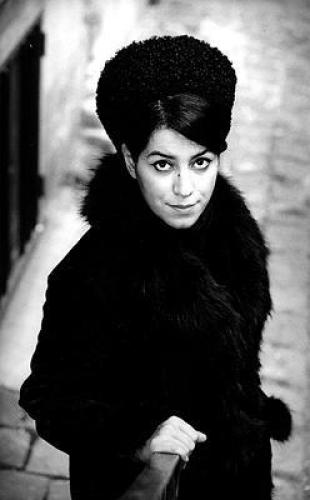 Marjane Satrapi discusses Persepolis, graphic novels, and how the moviemaking process differs from creating comics in this 2008 lecture.

In this episode, Marjane Satrapi discusses her writing and art, specifically the film production of Persepolis (2000). She first establishes that she makes “comics” not “graphic novels,” dismissing the term “graphic novel” as a marketing ploy among publishing companies. She also establishes that the comic form is not a genre, but an artistic medium—one that allows for narrative structures that are quite different from books and paintings. She goes on to explain that she wanted to stay true to this medium throughout the film production of Persepolis and touches on her initial difficulties with the extremely social moviemaking process in contrast to the solitude of creating comics. Her humor is evident when she talks of the luxury of civilization, the need for gaining distance—in terms of both time and geography—from a personal story to tell it well, and the challenges of traveling as an Iranian with a French passport.

Marjane Satrapi is an Iranian-born French graphic novelist, illustrator, film director, and children’s book author. She was born in Iran in 1969 and grew up in Tehran in a middle-class Iranian family, attending the Lycee Francais until she left for Vienna and, later, Strasbourg to study Decorative Arts. She eventually moved to France, where she now lives with her husband, Mattias Ripa. Satrapi has worked on many graphic novels and animated films, but she attracted worldwide attention for her autobiographical comic series Persepolis. The work chronicles her childhood in Iran and her adolescence in Europe. In 2007, Persepolis was adapted into a critically acclaimed animated film of the same name that received over 25 major international award nominations and over 15 major international awards.

This use of humor was very, very important for me. And the comic gave me this possibility. And, as I said before, it also gave me [the] possibility to use this humor without falling into cynicism. Because if there is one thing that I really hate over all, it’s cynicism.”

“I wouldn’t call my work an autobiography, because an autobiography is normally a book that you make because you have problems with your family and friends and you don’t dare to say it to them, so you make a book and, you know, you solve your problem with people. Believe me, I am not like that.”

“Any intellectual and any artistic work, by definition, is an anti-fanatic work. Fanaticism presses on the button of emotion…When you make an intellectual and artistic work— when you don’t pretend that you have the answers, but you only have questions to ask—when you make this work, for the person who listens to or reads you, not only do you ask them to be smart, but to work—to try to find the answers themselves.”