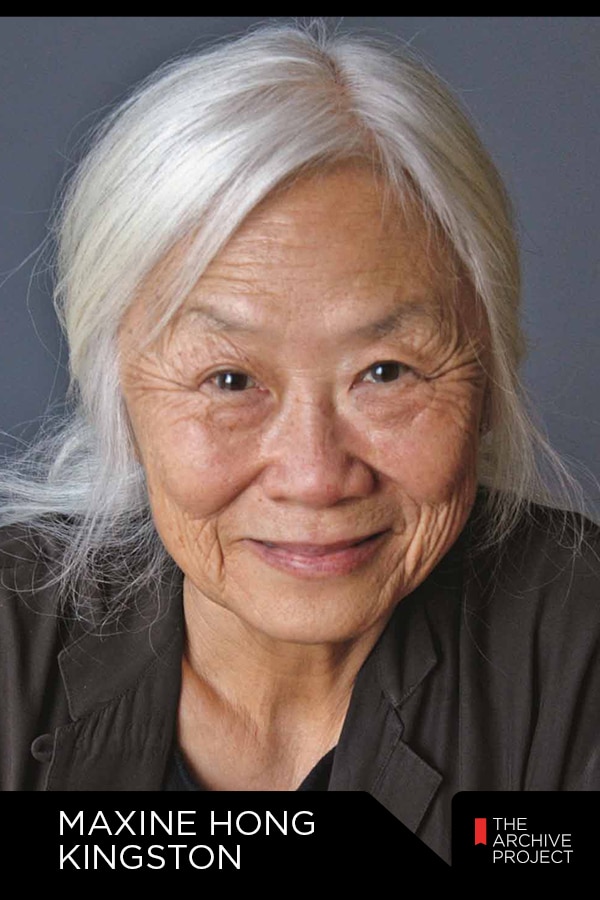 Maxine Hong Kingston reflects on life after the fire that burned most of her belongings and writings, including her in-progress Book of Peace.

The daughter of Chinese immigrants, Maxine Hong Kingston was born in Stockton, California. Her debut book The Woman Warrior: Memoirs of a Girlhood among the Ghosts, won the National Book Critics Circle Award in 1976 and gained her worldwide attention. Her follow-up book, China Men, won the 1981 National Book Award, and Kingston has said she considers these books two halves of a whole. In all, she has published over a half dozen books of nonfiction, poetry, and fiction and won many additional awards including the National Humanities Medal in 2014.

Kingston delivered this lecture in January 1992, just two months after her home had burned down in the Oakland firestorm and three months after her father had died. She had been working for months on a new novel which was entirely lost in that fire. She recounts this harrowing day, and in doing so talks about the role of destruction in creativity, and of re-discovering the book she would ultimately complete and publish, entitled The Fifth Book of Peace, an homage to the Books of Peace that appeared in China hundreds of years ago that were deliberately burned because of how threatening they were to the reigning powers.

All of these subjects and themes seemed to us here at Literary Arts as particularly relevant right now here in the Pacific Northwest — and they seemed so to our listeners as well. This lecture was selected in a poll of our audience as the “listeners’ choice” from our deep backlist of episodes.

“If a woman is going to write a book of peace, it is given her to know devastation.”

Maxine Hong Kingston is the author of The Woman Warrior, China Men, and The Fifth Book of Peace, among other works. She is the recipient of numerous awards, including the National Book Award, the National Book Critics Circle Award, the presidentially conferred National Humanities Medal, the Medal for Distinguished Contribution to American Letters from the National Book Foundation, and the F. Scott Fitzgerald Award. She worked for many years as a senior lecturer in creative writing at UC Berkeley. Kingston lives in Oakland, California.

“Turning the bend, I looked up and saw that my house was gone. It was not that I recognized the place that it had stood or any familiar piece of it or its neighbors, but that the landscape was everywhere utterly changed. I had come to the ash moon of a planet that passes through the sun.”

“Ideas have an invisible existence that protects them, pervious to fire and bombs. If the fire had killed me, do my ideas live without me thinking and breathing?