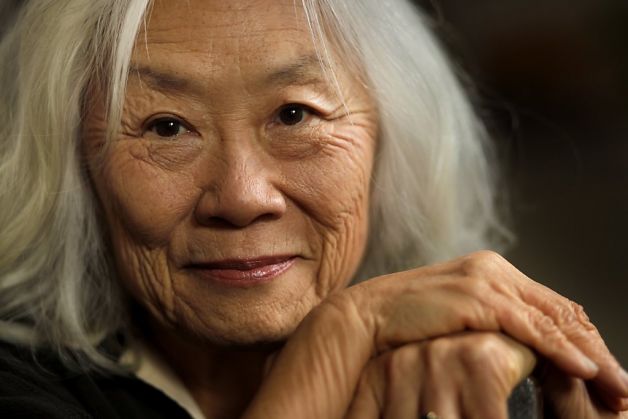 Maxine Hong Kingston reflects on life after the fire that burned most of her belongings and writings, including her in-progress Book of Peace.

Maxine Hong Kingston appears as part of the Portland Arts and Lectures series not long after many of her belongings and writings were lost in the Oakland firestorm of 1991. Her lecture, entitled “Another Person of Peace,” is about her rediscovering herself as a person and a writer following the fire. Kingston discusses the inspiration behind her book that was lost to the flames, which was to mirror the Books of Peace that appeared in China hundreds of years ago. Coincidentally, these books were also burned, though deliberately so because of how threatening they were to the reigning powers. Kingston discusses the irony of her own book of peace burning and talks through possible methods of creating The Fifth Book of Peace. She spends some time reading from the eighteen pages she wrote after the fire, documenting her reaction to losing her home, her possessions, and her writing, and discussing how she learned to rebuild.

Turning the bend, I looked up and saw that my house was gone. It was not that I recognized the place that it had stood or any familiar piece of it or its neighbors, but that the landscape was everywhere utterly changed. I had come to the ash moon of a planet that passes through the sun.”

“If a woman is going to write a book of peace, it is given her to know devastation.”

“Ideas have an invisible existence that protects them, pervious to fire and bombs. If the fire had killed me, do my ideas live without me thinking and breathing?