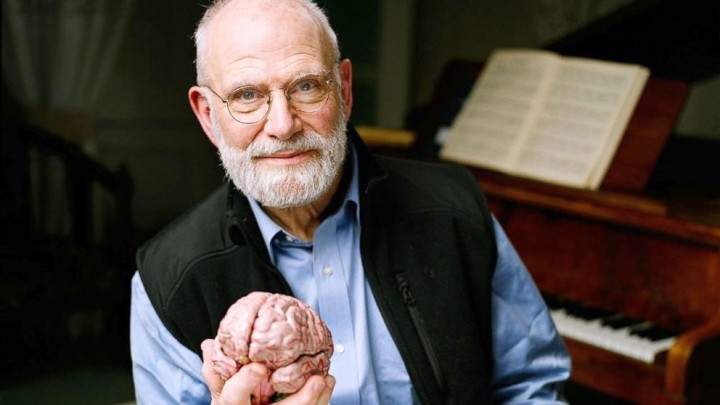 Neurologist Oliver Sacks shares stories and video clips about his past diagnoses, discussing the relationship between neurology and the soul.

Oliver Sacks begins his lecture by sharing a series of anecdotes about his patients, such as one man who could not recognize faces or objects and mistook his wife for a hat—the inspiration for the title of one of his books. Additional stories include a man with a head injury who lost his sense of smell and a woman who had no left-sided sensory perception. He discusses the relationship between neurology and the soul, including the sub-cortex of the brain, the most primitive part, which affects will, action, desire, feeling, contact, engagement, and the animation of a person. He proceeds to show vintage video clips about his past medical diagnoses, talks about the patients that inspired characters in his novels, and examines the moral and humanist dilemma of bringing back to consciousness people who have been mentally absent for years. He expounds on the idea that medicine does not rely solely on physiology, but also on a patient’s place in society and the world.

“One tends to take one’s experience for granted. One tends to think that the world is given to one, full of depth and color and movement—and sometimes one needs a neurological mishap to understand that nothing is given to one, and that we live in a world of constructs, starting with rather primitive constructs, like color, and moving on to narratives and theories about which we live our lives.”

“A man who has had a head injury and who has lost his sense of smell thought this would be absolutely trivial; who needs smell? In fact, he finds that this undercuts his sense of reality and of the vividness of the world to an extreme degree. He comes to find that smell is an unconscious accompaniment, an undertone to all one’s experience.”

“Disease is a social construct.”

Oliver Sacks was a physician, a best-selling author, and a professor of neurology at the NYU School of Medicine. The New York Times has referred to him as “the poet laureate of medicine.” He is best known for his collections of neurological case histories, including The Man who Mistook his Wife for a Hat, Musicophilia: Tales of Music and the Brain and An Anthropologist on Mars. Awakenings, his book about a group of patients who had survived the great encephalitis lethargica epidemic of the early twentieth century, inspired the 1990 Academy Award-nominated feature film starring Robert De Niro and Robin Williams. Dr. Sacks was a frequent contributor to the New Yorker and the New York Review of Books. He died on August 30, 2015.