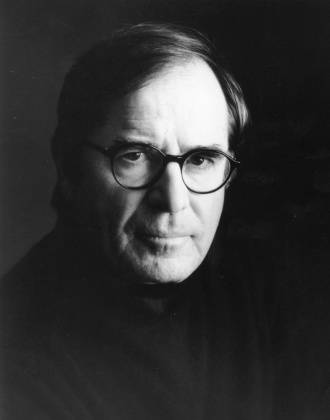 In one of the earliest recordings of Portland Arts & Lectures, Paul Theroux discusses travel writing, both abroad and within the self.

In one of the earliest recordings of Portland Arts & Lectures, Paul Theroux talks about the definition of travel writing and how, oftentimes, the best travel writing can take place at home. He declares that it is always about discovery and learning something new, whether about oneself or others. Theroux is fascinated with people who go through some kind of struggle or ordeal that forces them to test their limits. He tells personal anecdotes about his life and his travels through China. Although he admits to being initially intimidated by the country, Theroux learned as much as he could about Chinese history and culture, and explains in his lecture how the journey led him to several self-discoveries of his own.

In a travel book, a character might either be the person writing the book or the people in the country where the person is traveling. Travel writing is often a form of autobiography, and has nothing to do with the place that the person appears to be writing about.”

“You can’t suffer without finding something spiritual about yourself.”

“Travel writing is about discovery. It’s impossible to write anything in which there’s no discovery.”

Paul Theroux is an American travel writer and novelist. He was born in Massachusetts as the third of seven children. He left Medford immediately after high school and eventually joined the Peace Corps, where he was sent to Africa, which he would return to many times throughout his life. Theroux’s highly acclaimed novels include Blinding Light, Hotel Honolulu, My Other Life, Kowloon Tong, and The Mosquito Coast. His renowned travel books include Ghost Train to the Eastern Star, Dark Star Safari, Riding the Iron Rooster, The Great Railway Bazaar, The Old Patagonian Express, and The Happy Isles of Oceania. He currently lives in Hawaii and on Cape Cod with his wife, Shelia. (source: www.paultheroux.com)