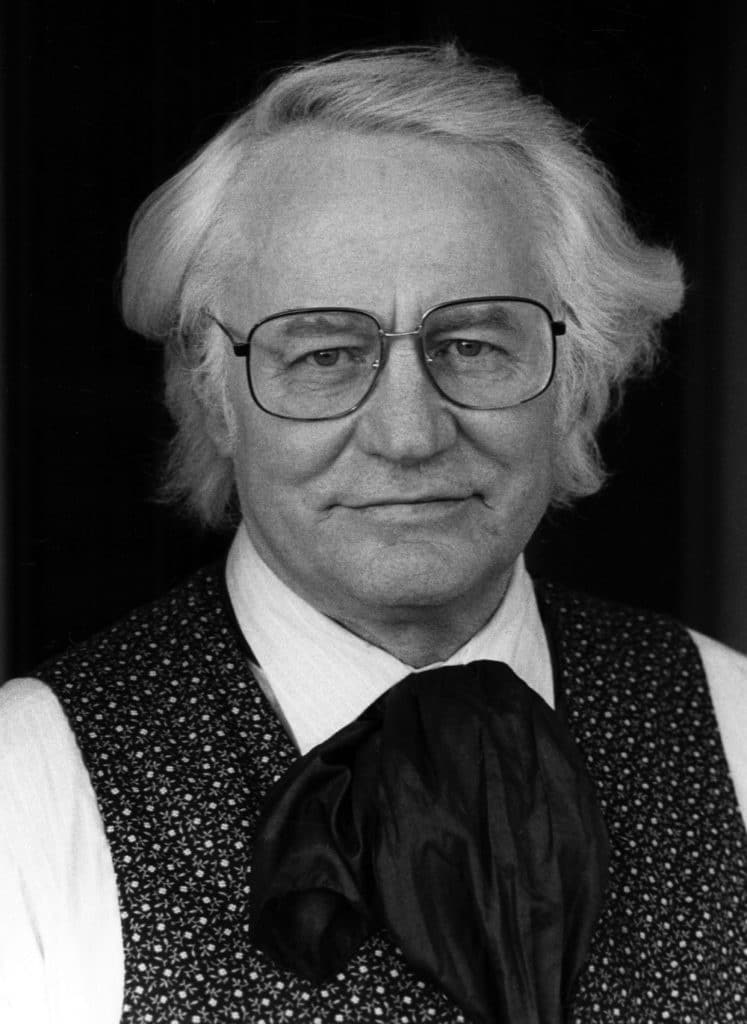 Robert Bly—groundbreaking poet, editor, and translator—shares his poetry in this recording from 2006.

In this episode of The Archive Project, Robert Bly shares selected poems during his visit to Portland, Oregon in 2006 for Poetry Downtown. Robert Bly is a National Book Award-winning poet who has authored more than 30 collections of poetry. Considered one of the legends of contemporary poetry, Bly is the voice of transcendentalism and meditative mysticism for his generation. Active from 1950 through the present, Bly’s body of work is filled with poetry that is spiritual yet worldly, celebrating the uncanny beauty of the everyday. This episode sparkles with Bly’s masterful command of the form and acerbic wit.

“What’s the most beautiful word in the English language? I think maybe it’s ‘listen.’”

“For a couple of years, I stayed in bed until I had written my poem for the day.”

“When we stride or stroll across the frozen lake, we place our feet where they have never been. We walk upon the unwalked. But we are uneasy.”

Robert Bly is the author of more than 30 books of poetry, including The Light Around the Body (1967), which won the National Book Award. He is also an editor, translator, and nonfiction writer. A graduate of the Iowa Writers Workshop, Bly received a Fulbright scholarship to travel to Norway and translate Norwegian poetry into English. During his time as editor of the magazine The Sixties, he introduced many unknown European and South American poets to an American audience and because of this, is regarded by many to have had a profound impact on the shape of American poetry. His honors include Guggenheim, Rockefeller, and National Endowment for the Arts fellowships, as well as The Robert Frost Medal from the Poetry Society of America.