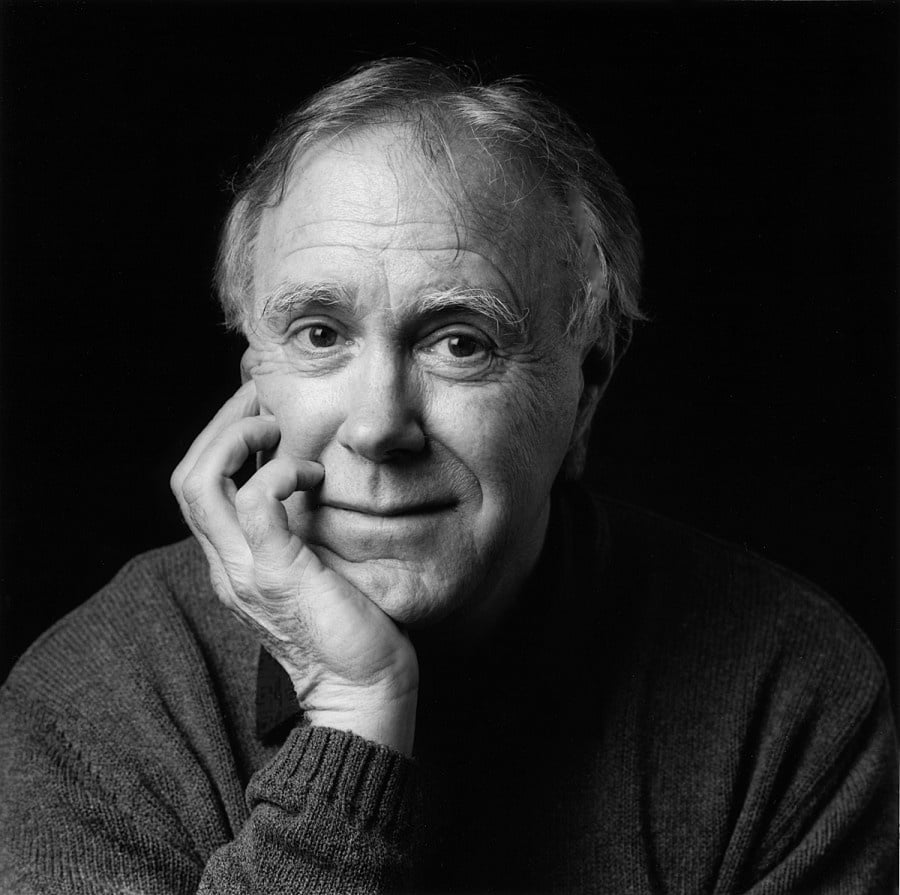 Robert Hass and Czeslaw Milosz share the stage to discuss poetry, philosophy, and the writing process, including excerpts from their work.

Portland poet and essayist Doug Marx moderates this lecture between former Poet Laureate Robert Hass and Nobel Prize winner Czeslaw Milosz. Hass and Milosz read and discuss a variety of their poems. Marx periodically asks questions about each poet’s inspiration and their composition process, and Hass and Milosz’s answers often lead to the reading of additional excerpts.

“When I said ‘pleasure,’ what I really meant was ‘work,’ which really is the deepest pleasure.” – Robert Hass

“It seems to me that reality is a great cure against despair. In general, you can see in the poetry of our time a very strong movement toward subjectivity, but there is another kind of poetry which honors reality.” – Czeslaw Milosz

In an interview for the Chicago Review, Robert Hass said, “Poetry is a way of living… a human activity like baking bread or playing basketball.” Hass served as Poet Laureate of the United States from 1995 to 1997 and is recognized as one of contemporary American poetry’s most celebrated voices. He is also a leading translator of the Polish poet Czeslaw Milosz and Japanese haiku masters Basho, Buson, and Issa. He has been awarded the National Book Critics Circle Award, the National Book Award, the Pulitzer Prize, and a MacArthur Fellowship, among others. He currently teaches at the University of California, Berkeley.

Czeslaw Milosz spent World War II in Warsaw, Poland, under the rule of Nazi Germany and Soviet Russia. During this time, he worked with the underground Resistance movement, writing and editing several books that were published in secret during the occupation. When the war was over, Milosz aligned himself with the new communist government and was stationed in Paris, France as a cultural attaché. Sensing the new communist leadership as more of the same, Milosz refused to return to Poland when summoned, staying in Paris as a translator and freelance writer before moving to the United States in 1960 to teach at the University of California, Berkeley. Milosz has published dozens of books in his lifetime, including collections of poetry, novels, and works of nonfiction, many of which became modern classics. He was awarded the Nobel Prize in Literature in 1980. He died in 2004.

“Well, the problem is, of course, of the evil in this world—which is so immeasurable, so enormous—that to maintain faith in a good God is almost impossible. And that’s the curse of historical experience. The only theological solution is that God suffers because of the world.” – Czeslaw Milosz