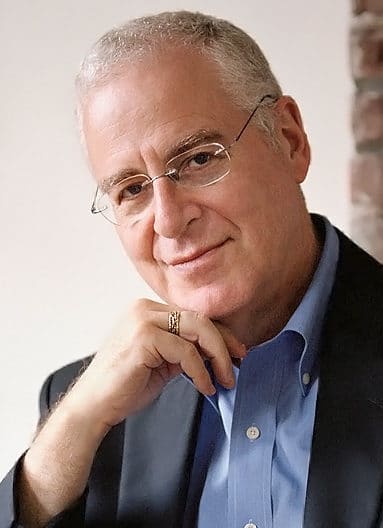 Ron Chernow discusses the life of a biographer, including re-casting familiar historical figures in a new light and a secret bias against those more elusive figures.

Ron Chernow opens his talk with a discussion on being a biographer—from the perils of picking a subject to debates about how much one should reveal about that subject. Specifically, he discusses his research on the life of John D. Rockefeller for his book Titan (1998) and how it is not unusual when writing a biography to encounter “somebody I had not met in any of the earlier biographies. Here was a man with a beautiful, dry Midwestern wit; somebody with an inexhaustible fund of droll stories; somebody who had a very, very canny sense of people and situations, and certainly had a talent for business analysis that dwarfed anything I met with the Morgans or the Warbergs.”

Ron Chernow is an American writer best known for his prize-winning biographies of historical figures in business, finance, and American politics. His first book, The House of Morgan, won the National Book Award for Nonfiction in 1990. He has also won the 1993 George S. Eccles Prize for Excellence in Economic Writing, the 2011 American History Book Prize, and the 2011 Pulitzer Prize for Biography and has been nominated for the National Book Critics Circle Award twice. He is also a freelance journalist with over 60 articles appearing in various national publications. He currently lives in Brooklyn, New York.

Biographers, I think, are all too easily seduced by those people who are expressive, who are demonstrative, and who can be conjured up with that kind of theatrical vividness. I think that we as a breed have a secret bias against the subtle, the elusive, and the reticent, and this is perhaps why I didn’t initially see the potential in doing Rockefeller.”

“In the age of political correctness, you’re able to tell an absolutely filthy joke, and as long as it comes from Mark Twain you’re covered.”