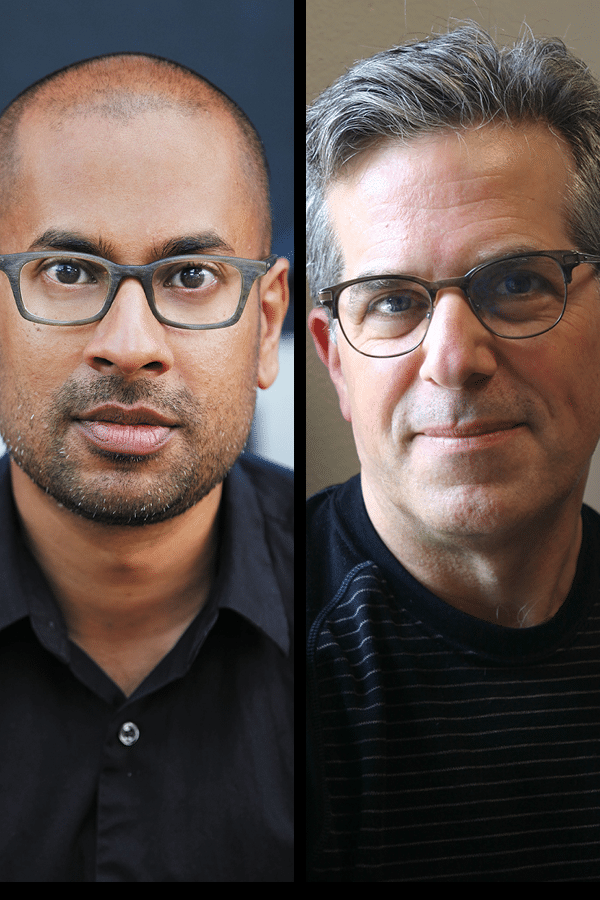 Rumaan Alam and Jonathan Lethem discuss their recent apocalyptic novels in this conversation from the 2020 Portland Book Festival.

In this episode, we feature a conversation between novelists Rumaan Alam and Jonathan Lethem from the 2020 Portland Book Festival.

There is a rich tradition of the apocalyptic novel. As Alam and Lethem touch on, the urgency in this tradition allows writers to explore what really matters to their characters, and asks what we will keep and what we will forget when push comes to shove. The scope of these works range from, as Lethem says, “wide screen” narratives of entire societies being transformed, to the more intimate stories of how individuals, relationships, and families are shaped by these tragedies. The latter is the primary preoccupation of both these writers in their most recent novels.

In Rumaan Alam’s Leave the World Behind, which was a finalist for the Nation Book Award, a blackout on the Eastern seaboard forces two families together in an isolated rural house, cut off from the outside world. In award-winning author Jonathan Lethem’s The Arrest, two siblings find themselves in a world where most of what we take for granted—cars, computers, airplanes—have quit working and their lives are further upended by a man with a nuclear-powered super car.

Rumaan Alam is the author of Rich and Pretty, That Kind of Mother, and Leave the World Behind. His writing has appeared in the New York Times, Elle, New York Magazine, the Los Angeles Review of Books, the Wall Street Journal, The Rumpus, Buzzfeed, and elsewhere. He studied at Oberlin College, and lives in Brooklyn, New York.

Jonathan Lethem is the bestselling author of twelve novels, including The Feral Detective, The Fortress of Solitude and Motherless Brooklyn, winner of the National Book Critics Circle Award, The Arrest is his twelfth novel.  He currently teaches creative writing at Pomona College in California.