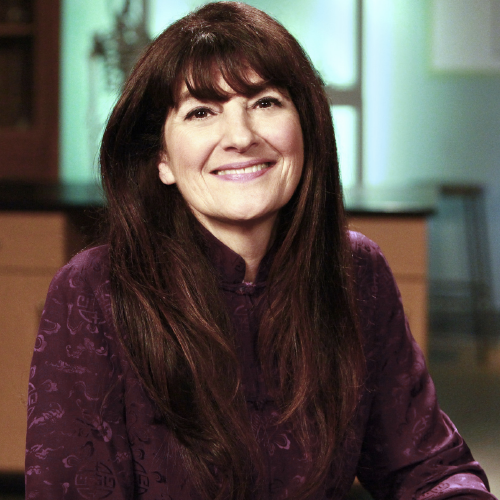 Acclaimed chef and food writer Ruth Reichl discusses the highlights of her career as a food writer, including how she got her start, her current work, and some of the lessons she has learned along the way. She explains how the many illusions of the fine dining world have taught her a lot about herself.

This episode features acclaimed chef and food writer Ruth Reichl as she discusses her rise to fame, the intersection of food and storytelling, and the future of fine dining. Reichl deftly illustrates her own trajectory through the food world, beginning in the Berkeley, CA culinary revolution of the 1970s, through her time as a disguise-donning food critic for the New York Times, to the publication of her first novel Delicious!. But beyond the fancy food, Reichl’s story is about a journey towards self-discovery and the ways in which food connects us all.

An acclaimed chef and food writer, Ruth Reichl served as a restaurant critic for the New York Times and the Los Angeles Times and was Gourmet magazine’s editor-in-chief for ten years. As the co-owner of The Swallow Restaurant during the mid 70s, Reichl was also part of the culinary revolution that took place in Berkeley, California. In pursuit of her goal to demystify the world of fine cuisine, Reichl has been praised for her honest writing, including her examination of the sexism experienced by women at restaurants and the pretentious nature of many of New York’s dining establishments. Her books include Tender at the Bone; Comfort Me with Apples, Garlic and Sapphires; and For You Mom, Finally—which have collectively been translated into 18 languages. Her latest publication and first novel, Delicious!, was published by Random House in 2014. The recipient of 6 James Beard Awards, Reichl is currently the executive producer of PBS’s Gourmet’s Diary of a Foodie, the host of PBS’s Gourmet’s Adventures With Ruth, a judge on Top Chef Masters, and the culinary editor for the Modern Library Food Series.