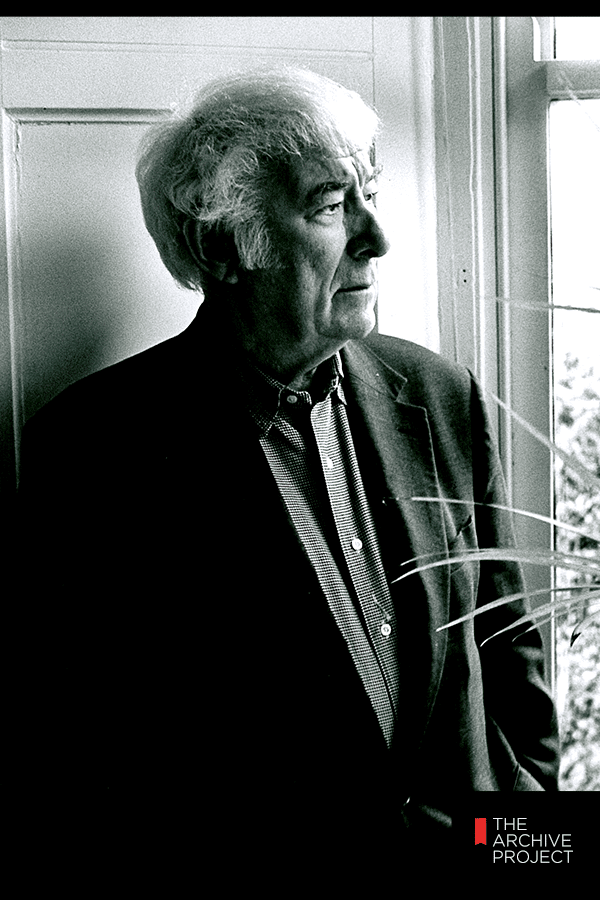 Acclaimed Irish poet and Nobel Laureate Seamus Heaney shares poems spanning more than four decades of his work in this talk from 2002.

In this episode, we feature a talk and reading by Irish poet and Nobel Laureate, the late Seamus Heaney from Portland Arts & Lectures in 2002. Heaney opens with poems from his very first collection and then takes us on a journey through more than four decades of his work that touches on everything from the sounds and smells of his mother baking bread in the 1940s, to his deep knowledge of poetry and its influence on his work, to meditations on the role of the artist in moments of political or national crisis – this last subject is, of course, for Heaney, Ireland’s “The Troubles,” the sectarian violence that erupted in 1965 and lasted more than 30 years in Ireland and the United Kingdom. It was a time when he says, “Everybody knew somebody who had been shot, or blown up, no matter which side you were on.” Heaney is famous for his depictions rural Ireland that can feel ancient and deeply modern all at once, and this is what gives his work power and relevance today.

Heaney begins this talk with his connection to Oregon’s own William Stafford, whose work he was introduced to in his first year of university by a professor who had spent time at Reed College. Heaney says, “So from the beginning, Portland, poetry, and promise have all been linked together.”

Seamus Heaney is widely recognized as one of the major poets of the 20th century. A native of Northern Ireland, Heaney was raised in County Derry, and later lived for many years in Dublin. He was the author of over 20 volumes of poetry and criticism, and edited several widely used anthologies. He won the Nobel Prize for Literature in 1995 “for works of lyrical beauty and ethical depth, which exalt everyday miracles and the living past.” Robert Lowell praised Heaney as the “most important Irish poet since Yeats.” Heaney taught at Harvard University (1985-2006) and served as the Oxford Professor of Poetry (1989-1994). He died in 2013.