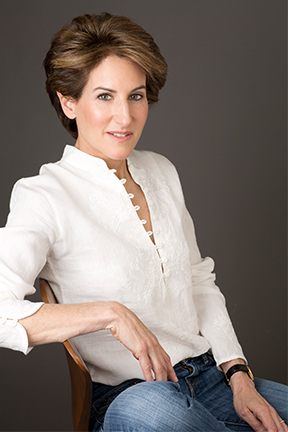 One of the most acclaimed contemporary historians presents a fresh, startling new look at the Salem witch trials, the first great American mystery. In The Witches: Salem, 1692, Pulitzer Prize winning author Stacy Schiff examines the religious, social, and political context of the Massachusetts Bay Colony that doomed year, the only moment when women played the central role in American history. Schiff is interviewed by Karen Karbo, author Julia Child Rules and the forthcoming In Praise of Difficult Women.

“There’s so much of this particular tragedy that is seminal and sort of hardwired into our DNA. And one does wonder if the fact that these people are exceedingly litigious might explain something. They are always in court, and in fact very few people who are accused during the trials have not already been in court for some other reason.” – Stacy Schiff

“Reading those quarterly court cases is really fascinating, because you begin to see how contentious relationships were, where the fault lines are, how easily and often people sued—and you realize there’s a lot of unfinished business here, which obviously witchcraft will help to finish off.” – Stacy Schiff

Stacy Schiff has been called “that rare combination: a first-rate historian and a brilliant storyteller.” Her 2000 biography on Vera Nabokov—the wife of author Vladimir Nabokov—won the Pulitzer Prize, and her 2010 biography on Cleopatra has been praised as “a masterpiece.” In her newest publication, The Witches: Salem, 1692, Schiff presents a fresh, startling new look at the Salem witch trials, examining the religious, social, and political context of the Massachusetts Bay Colony that doomed year. Of this work, historian and writer David McCullough has said, “History in the hands of Stacy Schiff is invariably full of life, light, shadow, surprise, clarity of insight, and so it is again and then some in her latest work, The Witches. Few writers combine as she does superb scholarship and an exceptional gift for language with amazing reach and agility of mind. This is a superb book.” Schiff has received numerous awards and currently serves as a guest columnist for The New York Times, and her essays have appeared in The New Yorker, The Washington Post, the Los Angeles Times, and the Boston Globe, among other publications.

Karen Karbo, who interviewed Schiff, is the author of fourteen award-winning books, most notably including the best-selling “Kick-Ass Women” series featuring Julia Child, Georgia O’Keeffe, Coco Chanel, and Audrey Hepburn. Her 2004 memoir, The Stuff of Life, about the last year she spent with her father before his death, was a New York Times Notable Book, a People Magazine Critics’ Choice, and an Oregon Book Award winner. Her writing has appeared in Elle, Vogue, Esquire, Outside, The New York Times, and Salon.com, among others. Karbo was one of 24 writers awarded an Amtrak Residency, and she currently serves on the Literary Arts Board of Directors.