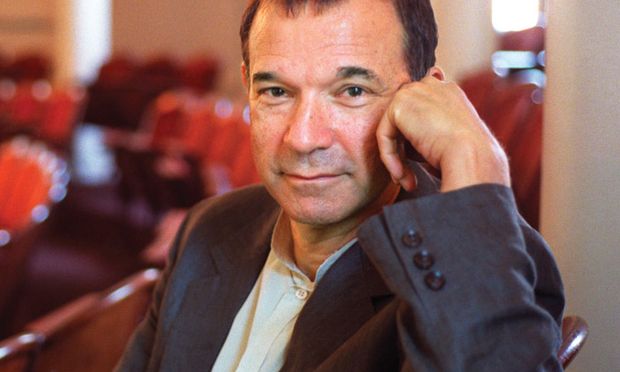 In this episode of The Archive Project, Stephen Greenblatt examines religious censorship and Lucretius’s influence on Shakespeare, among others.

Stephen Greenblatt begins his lecture with a discussion of censorship and religious toleration in early Christian Europe. He distinguishes Christianity from earlier Pagan and Jewish ideologies by emphasizing its commitment to a “single absolute doctrinal coherence” and the ways in which the church dealt with heretics. Greenblatt then moves on to discuss the influence of various theologians—including Augustine, John Locke, and Thomas More—on Christian intolerance. Greenblatt emphasizes the Renaissance conception of religion as essential for social order and peace and the common association between atheism and anarchy. He goes on to examine the ways in which certain texts survived religious persecution despite their radical assertions, specifically “De Rerum Natura” by Lucretius, whom Greenblatt credits with influencing the works of Spenser, Shakespeare, and Botticelli.

“It is precisely choice—and the attendant idea that there might be multiple competing positions among which you could choose—that in the name of saving the soul, Christians determined not to allow. In its place was a single truth and with it a determination to weed out false beliefs.”

For Lucretius argued not only that there were atoms and emptiness in the world, but that there was nothing else. There were no demons, there were no angels, there were no ghosts, and there were no bodiless immaterial souls. And what followed as the poem winds its way through its magnificent six books was a succession of unacceptable propositions of the kind that gave More and Locke and all their contemporaries very, very bad stomachaches.”

Stephen Greenblatt is a Cogan University Professor of the Humanities at Harvard University. He is the author of twelve books, including The Swerve: How the World Became Modern; Shakespeare’s Freedom; Will in the World: How Shakespeare Became Shakespeare; Hamlet in Purgatory; Marvelous Possessions; and Renaissance Self-Fashioning. He is General Editor of The Norton Anthology of English Literature and of The Norton Shakespeare, has edited seven collections of criticism, and is a founding editor of the journal Representations. His honors include the 2012 Pulitzer Prize and the 2011 National Book Award for The Swerve, MLA’s James Russell Lowell Prize (twice), Harvard University’s Cabot Fellowship, the Distinguished Humanist Award from the Mellon Foundation, Yale’s Wilbur Cross Medal, the William Shakespeare Award for Classical Theatre, the Erasmus Institute Prize, two Guggenheim Fellowships and the Distinguished Teaching Award from the University of California, Berkeley. (Biography courtesy of stephengreenblatt.com)