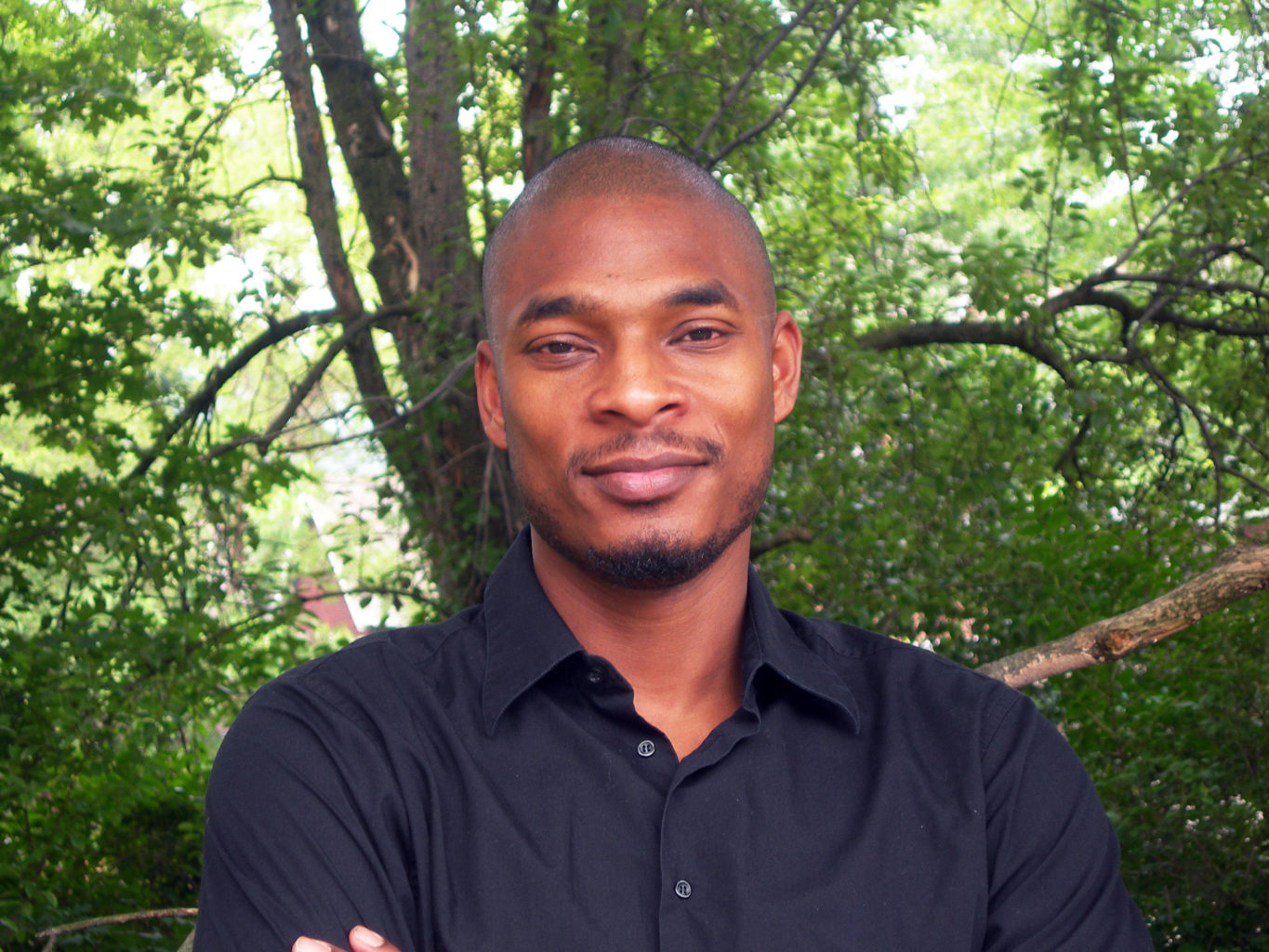 Award-winning poet Terrance Hayes reads and discusses his poems, commenting on race, the South, and his own life.

Award-winning poet Terrance Hayes begins by reading from his most recent collection, Lighthead, opening with “Lighthead’s Guide to the Galaxy.” He is relaxed and conversational about his writing, pausing between poems to discuss why he chose to write about specific ideas and to define words that, he says, “only people east of the Mississippi would understand.” (For example: muscadine.) Many of the poems he reads lean toward the autobiographical side, often commenting on race and culture in America or creating portraits of the South. Hayes ends by answering several questions from the audience about his work and influences, and he reads a few more poems upon request.

Terrance Hayes is the author of Lighthead (Penguin, 2010), winner of the 2010 National Book Award and a finalist for the National Book Critics Circle Award. His other books include Wind In a Box (Penguin, 2006), Hip Logic (Penguin, 2002), and Muscular Music (Tia Chucha Pres, 1999). Hayes’ honors include a Whiting Writers’ Award, a National Endowment for the Arts Fellowship, a United States Artists Zell Fellowship, a Guggenheim Fellowship, and a MacArthur Fellowship. How To Be Drawn, his new collection of poems, is forthcoming from Penguin in 2015. (Source: terrancehayes.com)

You can spend your whole life / doing no more than preparing for life and thinking, / “Is this all there is?”

“Not what you see, but what you perceive: / that’s poetry.”

“Maybe art’s only purpose is to preserve the self.”

“I always return to the idea of pulling a sentence, stretching a sentence out. That’s one of the ways of surprising myself.”