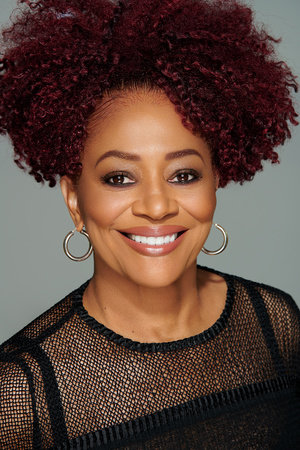 John Edgar Wideman and Terry McMillan discuss their upcoming work, their sources of inspiration, and how empathy is a writer’s most profound tool.

Wideman and McMillan begin their lecture with a discussion of the projects they are working on and how they decide what material to write next. McMillan then reads an excerpt of her writing, speaking through the voice of one of her female characters. Wideman follows by reading a segment called “Picking Up My Father From the Springfield Station.” Each writer talks about his or her inspiration: in Wideman’s case, it’s his father’s life; in McMillan’s case, it’s her mother’s life. They discuss their portrayal of race, family, and identity in their work. The theme of empathy holds a strong undercurrent throughout the lecture, specifically the ability of writers to get under people’s skins in order to understand them and the social significance of this act.

“There’s nothing more political than a radical act of the imagination.” – John Edgar Wideman

“If you can’t step out of your own world, there’s no way you can have any compassion or empathy for anyone else.” – Terry McMillan

“The worst thing that’s happening in our country is our failure of imagination, our collective inability to get inside one another’s skins. And that follows from our history, from the history of slavery, the history of inequality. We don’t want to think about that too much. We’d rather float all sorts of myths that explain away our inconsistency and our inhumanity. And so memory and imagination are rather dangerous, because they say, ‘Look at yourself. Think about yourself.’” – John Edgar Wideman

Terry McMillan is the best selling author of Waiting to Exhale, which gained national attention following its publication in 1992 and was later adapted into a film directed by Forest Whitaker and starring Whitney Houston. Her 1998 novel, How Stella Got Her Groove Back, experienced even greater commercial success and was adapted into a film starring Angela Bassett. McMillan is credited with pioneering the black urban romance novel and bringing popular awareness to the existence of an audience eager for novels and movies that feature black middle-class identity, specifically the interior world of black female professionals.

Like, McMillan, John Edgar Wideman’s novels often focus on black urban life. He spent the first ten years of his childhood in Homewood, a predominantly black community of Pittsburgh. Homewood became the setting for many of his novels, including Sent for You Yesterday and Philadelphia Fire, which each won the PEN/Faulkner Award for Fiction. His memoir, Brothers and Keepers, which examines his relationship with his incarcerated brother, was nominated for a National Book Award. Wideman was the second black American to receive a Rhodes scholarship to the University of Oxford. He went on to found the African American Studies department at the University of Pennsylvania and currently serves as a professor at Brown University.