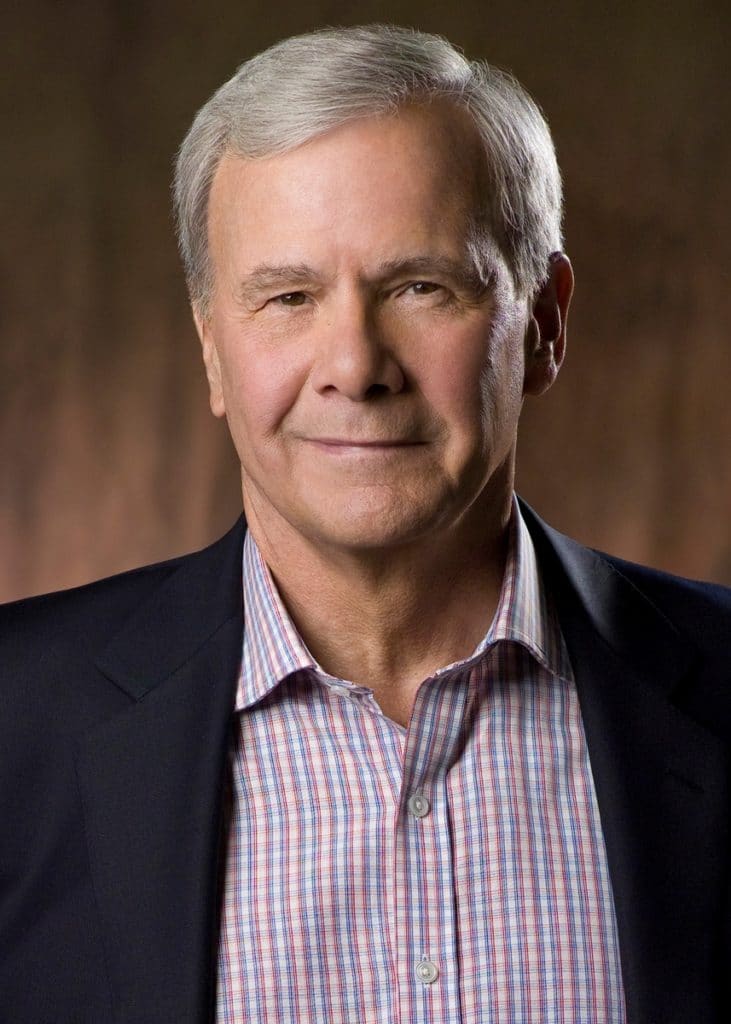 In this episode of The Archive Project, Tom Brokaw discusses his journey as a journalist and news anchor and his hopes for America in the 21st century.

Tom Brokaw begins his lecture with a humorous discussion of his transition into retirement as one of the leading American television journalists of the late 20th century. He turns his attention to more serious subjects following this, focusing the remainder of his talk on the major social developments of the 20th century, how these have shaped the attitudes and actions of Americans today, and what he hopes is to come for the nation as it heads farther into the 21st century.

As a journalist and as a citizen—as a husband, as a father, and as a grandfather—I have been trying to think about how we can help create a new national dialogue about America going into the twenty-first century.”

“I thought about these winds of change that had swept about America and around the world during the 1950s and then picked up pace and velocity and effect as we moved into the 21st century. And I came home not just as a journalist, but as a grandfather now, and I looked at my four darling, whip-smart granddaughters, and I thought, 40 years from now, if they have this same kind of reflective moment, what will they say about what we left them? How did we prepare their future? What is our legacy? Will we be able to extend what the greatest generation gave to us? And I must say, I was not entirely confident about that.”

“We have been witness, wherever we are in this country, in the last ten years to an increasingly polarized political culture—a determination not to find common ground, a retreat, if you will, across the political spectrum to the far corners of the room in which the operating ethos of the day is to shout but not to listen.”

Tom Brokaw is an American television journalist and author best known for anchoring the NBC Nightly News from 1982 to 2004. He worked as a news editor for a television station in Omaha, Nebraska, before leaving in 1965 to anchor the late evening news for a television station in Atlanta, where he reported on the Civil Rights Movement. He joined NBC in 1966 and served as NBC’s White House correspondent during the Watergate scandal. From 1976 to 1982, he was a host of NBC’s popular morning program, Today. As a co-anchor of the Nightly News, Brokaw covered such historic events as the fall of the Berlin Wall and the Persian Gulf War, and he hosted documentaries on such current event issues as global warming and the Iraq War. His books include The Greatest Generation (1998), Boom!: Voices of the Sixties (2007), and The Time of Our Lives: A Conversation About America (2011). A Long Way from Home: Growing Up in the American Heartland (2002) and A Lucky Life Interrupted: A Memoir of Hope (2015) documented his childhood and his battle with cancer, respectively. Brokaw received the Presidential Medal of Freedom in 2014.